After 27 Years Of Freedom, In This Community's Life Is A Struggle, See Sad Story. 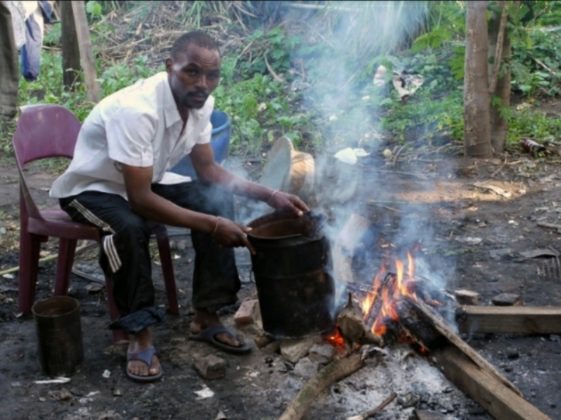 For the people of Mhlathuzana near Clairwood, 27 years of democracy have never improved their lives.

They still do not have housing, water, or electricity.

“Only promises and promises. There is no service delivery, ”said Mlondolozi Solani, a resident of more than 14 years.

Solani said the ANC remembered that they were there during the election years and this year was no different.

"Some ANC people came here over the weekend and I told them I would not vote for them until we got the basic services," Solani said.

Solani lives in a one-room tin shack with no running water or electricity.

Residents should get water from a nearby river and use candles to light their homes.

“This is the life we ​​live here. It hurts, ”said Solani.

What provoked the residents' anger was that electricity was available to Clairwood neighbors, about two miles [2 km] away.

Solani, and other needy residents said they would not vote for any party in the November election.

“We have been voting since 1994, but our lives are still the same. We must keep our vote ”.

“We want housing, water and electricity. Government has failed to provide any of these three ”.

He said they were holding a series of protests, but their demands were reaching the ears of deaf people.

"Instead of providing us with electricity, the ANC has given us T-shirts," said Ngcobo, who has been living in slums for more than 16 years.

“No one wants to listen to us. They always promise, but they do not keep their promises ”.

Ngcobo lives with his girlfriend and their two children, aged five and seven.

EThekwini Mayor, Mr Mxolisi Kaunda has promised better services to communities that have not yet received basic services.