By NewsDiva (self media writer) | 1 year ago

Cape Town – A family of five – a father, mother, and three children – were killed at Toekoms farm outside Harrismith, Free State police said on Saturday.

Spokesperson Brigadier Motantsi Makhele said that a traditional healer found the bodies on Saturday morning when he went to their home for an appointment. 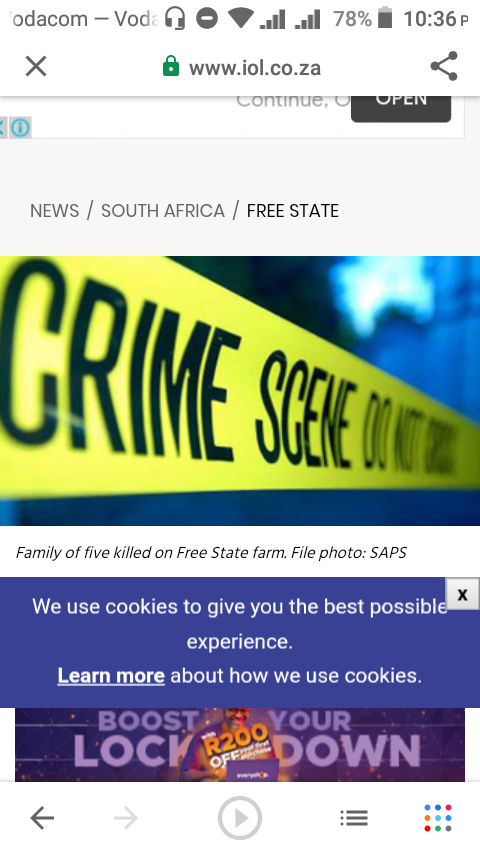 “On arrival, the traditional healer noticed that the door was not locked. He knocked on the door but there was no answer.

“He waited outside for a while and when he saw that no one was coming he pushed the door and saw a hand protruding from the sitting-room door,” Michele said

He said the traditional healer alerted a neighbor and the police were called.

When the police arrived on the scene, the body of a 47-year-old man and that of a 41-year-old woman were found lying on the floor, with multiple stab wounds.

“The children, a boy aged about 16 and a girl aged about eight were also found in the same room, both with stab wounds to the body.

“In the other bedroom, the body of the third boy aged about 23 was found lying on the floor with stab wounds to the body.”

Michele said the motive for the killing was not known and no arrests have been made.

The matter was assigned to the Provincial Organised Crime team for investigation.

Content created and supplied by: NewsDiva (via Opera News )