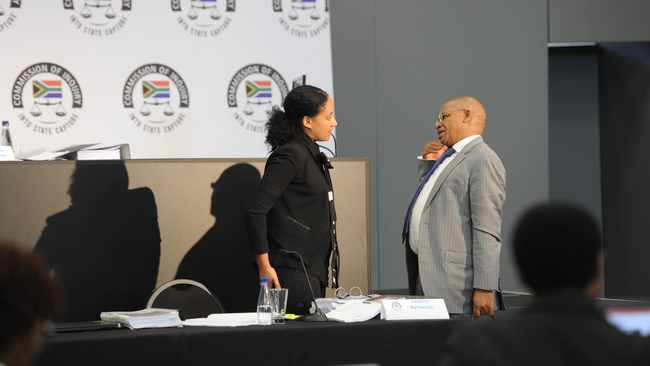 Previous boss tasks official of the Department of Justice Minister and Correctional Services Dr Khotso De Wee has "exhaustingly" denied defilement claims that he got Bosasa pay-offs in return for contracts.

Bosasa's previous boss tasks official Angelo Agrizzi told the state catch commission in 2019 that De Wee got an undefined installment from Bosasa. He said he purportedly gave it to through an outsider, referred to just as Sesinyi Seopela, for De Wee.

The pay off was purportedly identified with the granting of an agreement in 2013 to give a security framework to courts the nation over.

It's supposed the agreement, worth around R600 million, was granted to Bosasa auxiliary Sondolo IT, for the arrangement of CCTV and access control frameworks at structures, including courts, administrated by the division the nation over.

Agrizzi said he was educated about the pay off however had no other data to affirm its accuracy. At the hour of the charge, De Wee was the secretary of the commission of investigation into state catch and decided to resign from his job following the claims.

During his virtual appearance before the commission on Friday, De Wee said the charges against him were made dependent on what Agrizzi had purportedly been told by Seopela. "Appropriately, they are prattle. "Notwithstanding, I exhaustingly deny the accuracy of the claims to the extent that reference is made to me in the oath of Mr Agrizzi's proof. Specifically, I arduously deny every one of the accompanying charges direct or ramifications that rises up out of Mr Agrizzi's oath or proof," he said.

De Wee rejected that he knew Seopela was getting cash from Bosasa through Agrizzi and that he, himself, gotten cash from Seopela.

"Beside what he set out above, I reject that I was engaged with any bad behavior, both of the kind implied by Mr Agrizzi or by any stretch of the imagination," De Wee said.

He said Agrizzi's claims had "seriously" hurt and harmed his poise and notoriety.

De Wee said he has been "sitting with this issue" for a very long time and when the claims surfaced, he took a "extravagant decision and an exceptionally principled decision" to venture down as the commission secretary.

"I ruled against all influence to say, I will venture down and I will recuse myself, and I did as such in light of the fact that I didn't need today that anyone should come here and blame me for interfering with examinations

"Shockingly, the mix-up that I made… I thought this matter will be managed in 2019. It went longer than I had suspected, and presently we are here in 2021 I'm actually confronted with these claims. Also, I've been exceptionally excruciating, I should advise you."