Shots Fired At A Tarven In Drive By Assassination

By Black_Kermit (self media writer) | 11 days ago 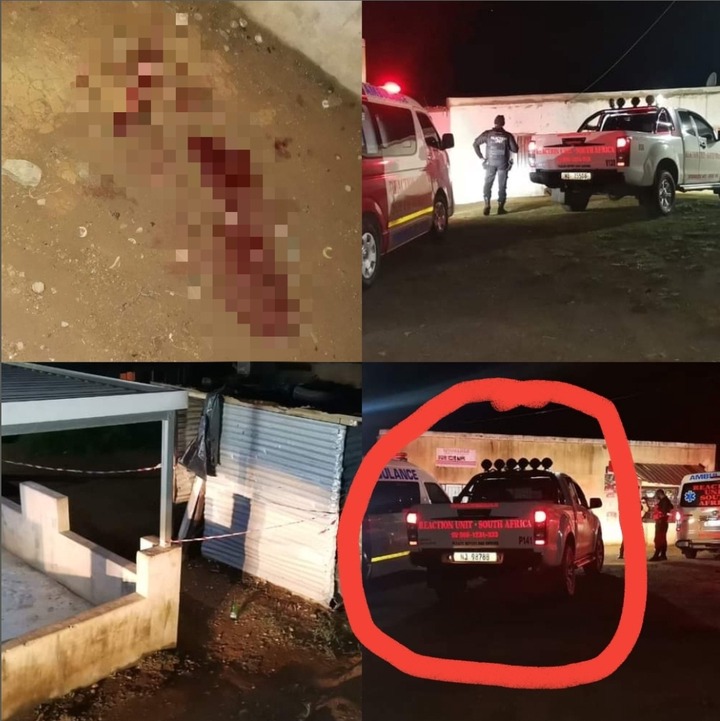 A resident of Area 2 in Mhlasini – KwaZulu-Natal was seriously injured after he was shot several times outside a tavern this, the incident has definitely shocked the community members but they know the area very well and they know how dangerous it gets for the ordinary members of the public so many members are urged to be very careful on the roads.

Reaction Unit South Africa was called about the shooting at 19:42, Officers and Medics rushed to the scene and on arrival were informed that the man was rushed privately to hospital. It is good for the ordinary members of the public that we have several agencies which are focused on ensuring that the ordinary members of the public are catered for because right now we’re in a situation where we are basically being held captive by perpetrators of crimes.

The victim was standing alone outside a tavern when they heard multiple shots being fired, Investigations are going to be conducted in order to see if this was a blatant assassination of another individual or the other reasons behind the attack.

Upon investigation they discovered the man lying on the ground bleeding from gunshot wounds to his arm and chest, the suspects did not wasted anytime as they aimed for the target and they shot several rounds in order to either prove a point or they were simply sent by another individual who wanted the assassination of this particular man.

Two suspects were seen fleeing the scene in a vehicle that had the getaway driver inside, four spent 9mm cartridges were recovered on the scene. This is alleging to an intensive shootout that occurred in the area, and the police are encouraging ordinary members of the public to stay safe

The motive for the shooting has not been established at this stage.