James Junior Aliyu (age 28), who is allegedly a member of a cybercrime ring that engages in phishing, online fraud, and money laundering, has been detained by Interpol South Africa. Following a takedown operation, Aliyu was detained earlier this week at a posh estate in Sandton, Johannesburg. 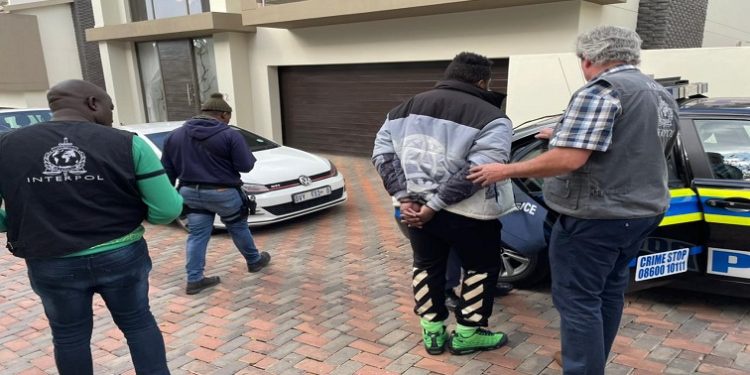 Athlenda Mathe, a spokeswoman for the Gauteng Police, claims that officers of the Pretoria-based Interpol National Crime Bureau (NCB) and the SAPS Gauteng Highway Patrol Unit swooped in on the exclusive estate where they arrested the suspect. Following a thorough investigation conducted by law enforcement officials from South Africa (SA) and the United States of America, he was arrested (USA). The suspect in cybercrime has operated his illicit enterprise out of South Africa. e is accused of defrauding scores of US citizens out of millions of dollars through email and text messages.

millions of dollars were stolen

According to Mathe, authorities in the USA, the location of the investigation and the bulk of his claimed victims, have asked for his extradition. The suspect was brought before the Randburg Magistrate's Court the same day of his arrest, and the case was postponed until July 5, 2022.

Mmusi Maimane celebrates 17 years of marriage with his wife

Get To Know About Sedi Matsunyane Who Is Connie Ferguson Beautiful daughter: Here are photos

Sad: Foreign National Was Killed In Front Of His Son In KZN, Look At How It Happened To Him (Photos)

Zikalala happy to depart without any negative remarks hanging over him