By News_Flash_Gordon (self media writer) | 15 days ago

The Johannesburg Metro Police Department together with their service providers conducted a serious operation called the illegal land occupation operation that forcefully removes and demolished properties that have been occupied illegally. Many people might usher out harsh words and grievances towards the JMPD and people of Meriting informal settlement in Lenasia South.

When the government speaks, people don't listen, but when they send law enforcement to handle the job, people should abide by the law and do as they are told. Surely, the community of Meriting informal settlement knew they were occupying private property or land that is not for occupation, but they went ahead and built houses, shacks, and other types of buildings.

The Johannesburg Metro Police Department together with their service providers demolished and removed everything that was placed on the ground, when we mean everything, we are speaking about unoccupied bricks, mortar, wood and corrugated galvanized steel structures. The police took proper precautionary steps and followed strict rules to carry out the illegal land occupation operation. 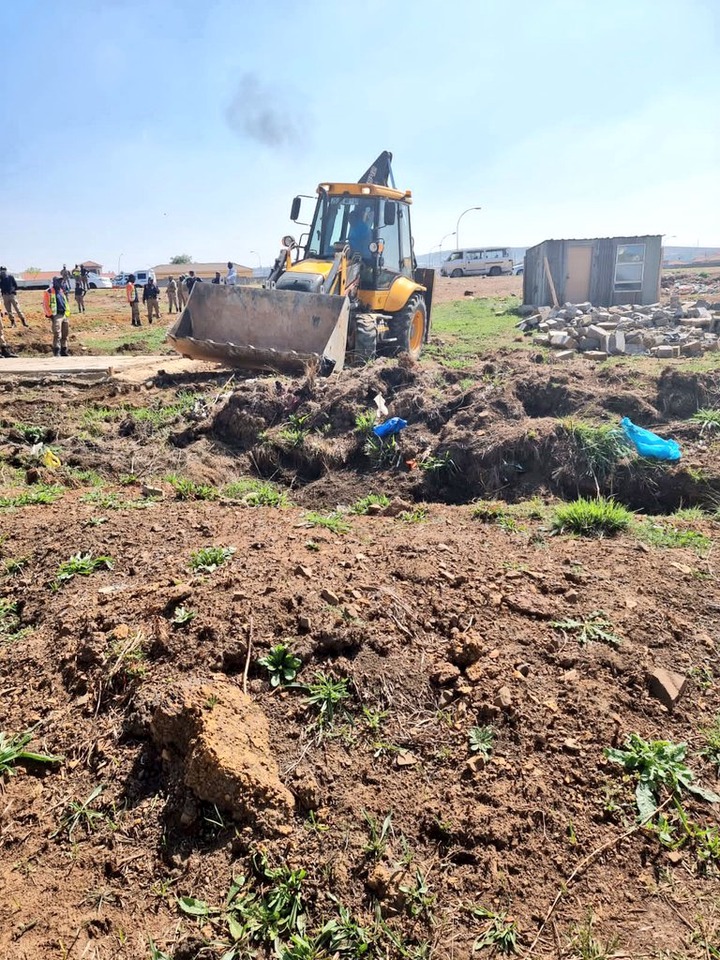 Many people might blame the government and the Johannesburg Metro Police for leaving thousands of poor people stranded without any place to sleep, but the situation is a head-scratcher. We believe both the JMPD and the community of Meriting Informal Settlement are wrong, we can go to court, but the case won't end nicely. Poverty is a real problem in many parts of South Africa, poor people go around occupying any land without title deeds because they don't have any income or proper qualifications. The JMPD will continue doing their job and removing illegal occupants.