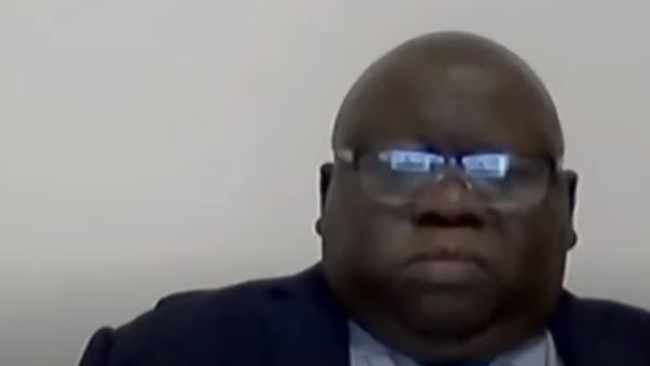 Johannesburg - Acting Chief Justice Raymond Zondo needed to consistently remind KZN top cop Colonel Welcome Sithembiso Mhlongo that he was a cop and having sworn to tell the truth as he gave proof identified with claims that he plotted to expel previous National Prosecuting Authority (NPA) supervisor Mxolisi Nxasana in 2013.

Mhlongo gave proof at the Zondo Commission yesterday, where he reacted to claims made against him by his previous associates Queen Mhlongo and Terence Joubert – who were then with the Asset Forfeiture Unit and a NPA hazard expert separately.

The couple has affirmed that Mhlongo was working in cahoots with previous Deputy National Director of Public Prosecutions, Nomgcobo Jiba, to "uncover soil" on Nxasana to have him hacked out.

Joubert, who had imparted an office to Mhlongo at that point, said that on one event he recorded his office mate's discussion on a dictaphone he stowed away under a paper around his work area.

Joubert said that in the discussion, Jiba and Mhlongo were looking at uncovering soil on Nxasana to humiliate him and get him terminated.

During his declaration on Thursday, Mhlongo denied Joubert and Queen's claims and blamed them for controlling his words to introduce a negative story.

He confessed to having had a discussion with Queen in which Nxasana was the subject, yet he said their discussion was "in cheerful terms" as they praised realizing Nxasana's mom's birth name was likewise Mhlongo like theirs.

"Sovereign even said we should support and help Mr Nxasana. Presently she and Joubert say they recorded me during that discussion, yet where is the account?" he said.

The account has not been played at the commission.

Mhlongo told the commission that Queen's affirmation was "all falsehoods" intended to help the "misrepresentations" in Joubert's declaration, and ought not be utilized by any stretch of the imagination.

In another issue, Mhlongo referenced in his affirmation that he had come to know about Nxasana's different properties in and around Durban as he probably was aware Nxasana since early on and they shared family relations.

Proof pioneer Advocate Garth Hulley tested this after Mhlongo had before told the commission he knew nothing about Nxasana's properties.

Vice president Justice Raymond Zondo revealed to Mhlongo that he ought not confound things.

"Recollect you are sworn to tell the truth and you are a cop. At the point when you had this discussion (with Queen), did you know where Mr Nxasana's properties were?" Justice Zondo inquired.

Mhlongo then, at that point told the commission that it was Queen who had referenced Nxasana's properties and that they talked about this is on the grounds that she had referenced it.

Mhlongo said he just realized Nxasana had properties, however not actually where they were arranged. Equity Zondo reminded Mhlongo that he had additionally told the commission that Queen's testimony was "all falsehoods", and furthermore right "yet taken outside any connection to the subject at hand".

"These are two unique things. What is the genuine position? Allow me to remind you Colonel Mhlongo, that you are a cop and you are giving proof after swearing to tell the truth. I need you to ponder your answers," Justice Zondo cautioned.

Notwithstanding, Mhlongo said that while they had the discussion, the sworn statement introduced "inappropriate setting" and was being turned to support Joubert's rendition.