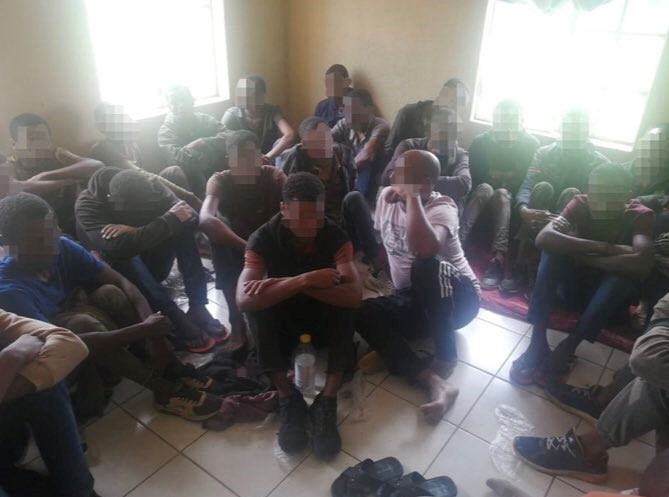 Mzansi has had multiple videos of her drunkenness circulate on social media. She's been popular recently as a result of a viral video of her begging for money from fans she was performing for. Mzansi, on the other hand, has criticized her management team for not performing enough public relations for her in the aftermath of her wage problems.

According to JMPD spokesperson Wayne Minnaar, following the rescue on Thursday, it was determined that earlier that day, about 65 people were reportedly sold to company owners for R17,000 each person and were fetched before the police came.

"The victims hadn't eaten anything in four days. "Officers pooled their resources and purchased meals for the 33 victims," he explained.

Minnaar stated on Thursday that national criminal intelligence had provided information about individuals involved in human trafficking and holding victims prisoner at a plot in Midrand.

"The operational team reacted to the address provided." When the squad arrived, they found the room where the victims were being held. The policemen introduced themselves to an Ethiopian guy who was on duty as a security guard. "The man refused to unlock the door for the cops, who had already seen the victims in one room," he explained.

According to Minnaar, the decision was made to smash through the door in order to rescue the victims.

He stated that they were moved to a secure location by the department of social development.

Somizi Mhlongo prepares himself for a boxing match, who is he fighting social media reacts

When It Rains It Pours For Kelly Khumalo