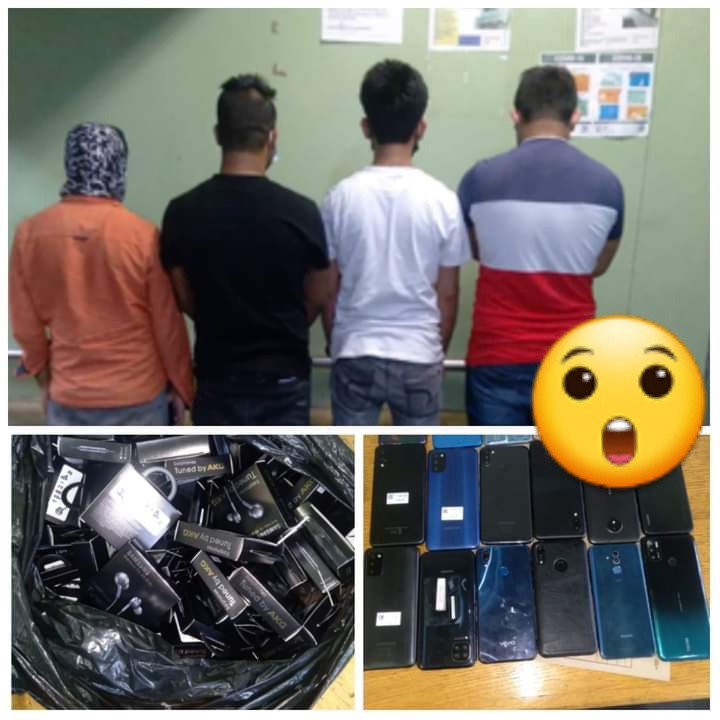 South Africans should becareful when purchasing cellphones from people on the streets because it may be stolen property, Gauteng police arrested four Somalians after stolen cellphones were found at their shop.

According to the Flyingnewslive news report, today 8 December 2021 police who were on patrol received a call from an anonymous source about Cellphones that were stolen during robbery at Mall of the South, police responded to the information and went to a shop owned by Somalians at Small Street in Johannesburg CBD.

Police conducted a raid inside the shop and made a discovery of several stolen cellphones and fake Samsung AKG earphones, the four Somalian suspects aged between 24 and 26 were immediately arrested and charged with being in possession of stolen goods, they will soon make an appearance in court to face the charge.

Colonel Mavela Masondo has issued a serious warning to South Africans about purchasing stolen property, “The police warn the community not to buy stolen goods as it is a criminal offence and punishable by law" he said.

It's unclear at this stage whether the Somalian men did the robbery themselves or the cellphones where sold to them by the criminals who did the robbery, further details on the matter will be revealed soon as the investigation gets concluded.