Unexpected || It Ended In Tears For Hawks Official After He Was Caught And Convicted For This, See

It has ended in tears for the Hawks officer after it was confirmed that he was involved in stealing money for sting operation.44 years old warrant officer Eugene Marshal Grace was convicted at the Springboks Magistrate Court. He was slapped with a fine worth twelve thousand rands or a two years sentence in prison. Apparently he pocketed funds set aside for a sting operation in which he was involved. 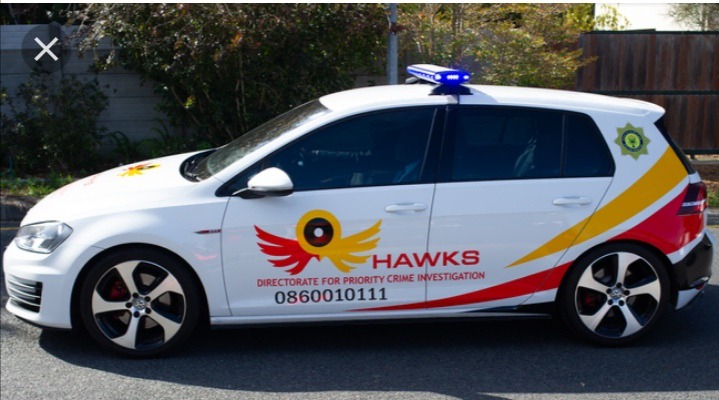 " Grace was part of a convert operation during August 2021 whereby an amount worth R50 000.00 was withdrawn from the state account to be used for a sting operation. During the sting operation only R20 000.00 was used and the remainder as expected was supposed to be returned " said Hawks spokesperson Nomthandazo Mnisi. Apparently Grace booked off sick after the operation and disappeared with the money worth R30 000.00 and used it for his own personal use. After various attempts to trace him the Hawks took the decision to open a case. 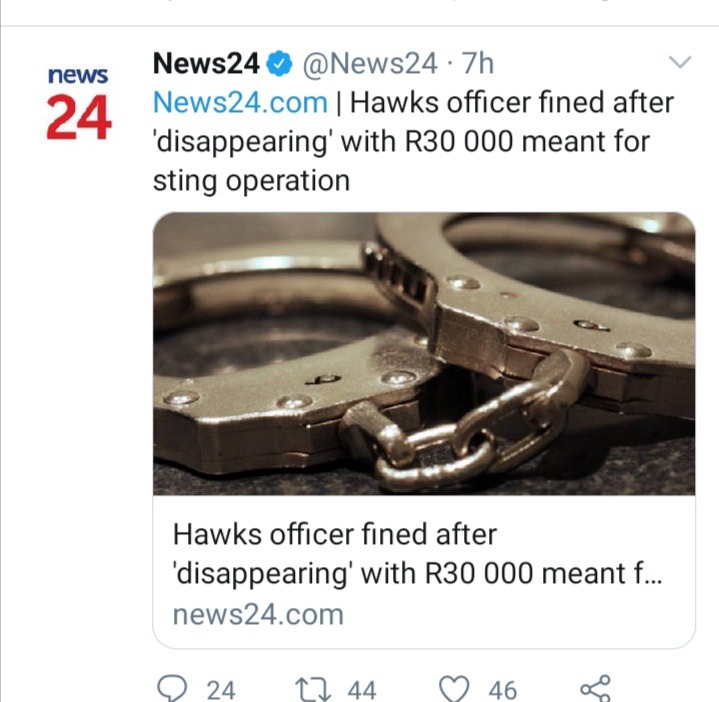 " A tracing team led by the Hawks Serious Organised Crime Investigation team was formulated to search for Grace. The team managed to track him and arrest him around Springbok on the 9th of September" She said. It turns out that on his arrest only an amount worth R11 000.00 was seized. Grace has been slapped with a fine worth twelve thousand rands or two years imprisonment. This is totally a disgrace. Imagine an officer of the law being involved in crime, this truly shows that they are not leading by example it's really a disgrace more especially to the Hawks team.People are now wondering why he was not fired but rather fined. This behavior is truly unacceptable and he should have been fired for this. Masses say the court has failed them. What's your take on this? Rumours| Unathi exit from Idols might be the return of Somizi, see details

Zodwa wa bantu has done it again : Here is what she recently posted

A SANDF Member Was Caught On Camera Helping Foreigners Smuggle Goods, This is How Much They Demand