So sorry for a long story but I grew in Atteridgeville west squatter Camp in the area called Brazzaville we started staying there since year 1997.

And in 2009 i moved out because of marriage. There was no running water or electricity in our community during the period i stayed there.

My mother on the other hand continued staying there till August 2017. Thankfully one of municipality in Tshwane gave mohlahla family and other residents plots at Ext19 Lotus Gardens west of Atteridgeville Pretoria most of the residents moved there. 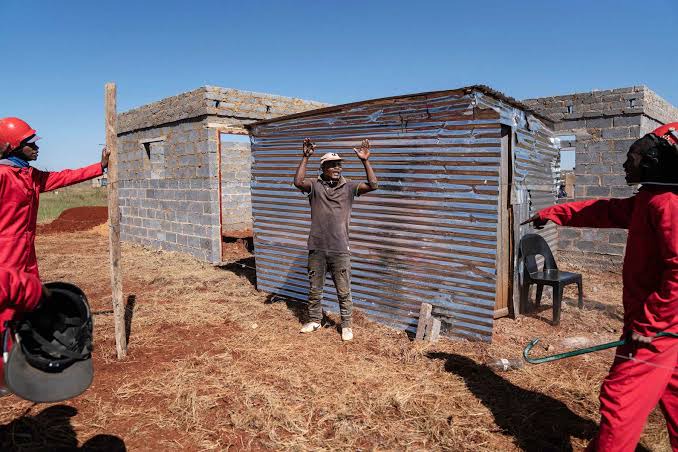 Ex 19 plots had running water and toilets on the stand, and we were grateful because we didn't have to pay to get the land.

The Councillor encouraged us to build shacks again at ext19 stands and if we can afford we must build houses because no housing subsidy or RDP was promised.

Seeing that my parents were reusing the same material they have used for more than 18 years to rebuild the shack i was not happy with that so i decided to take loans and work under pressure to build them a brick house . 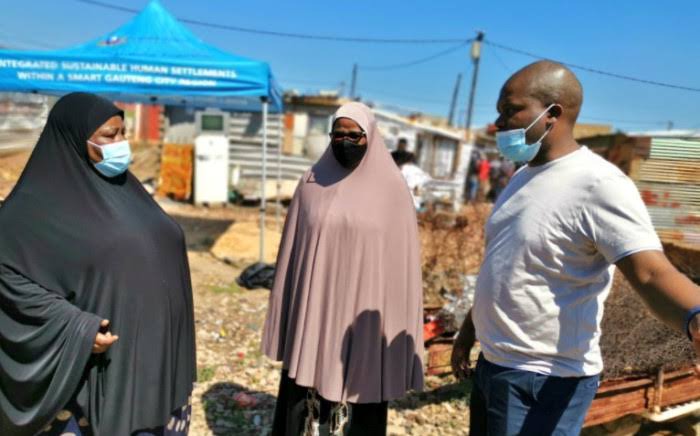 I was working against time, because the rainy season was about to start and the shack was had holes due the nails from the previous built. so it was going to lick, the rain would come inside. I manage to build my parents a home in a short time they were very happy.But the house was complete left only with installing the doors. We couldn't because electricity wasn't installed yet.

Not realising that our worse night mare will come 5 December 2017 the company called the RED ANT came and demolished my dream of seeing my mom in a house. My mother was home she tried showing them papers stating that she is a rightful owner of the land but they didn't want to hear anything from hear . 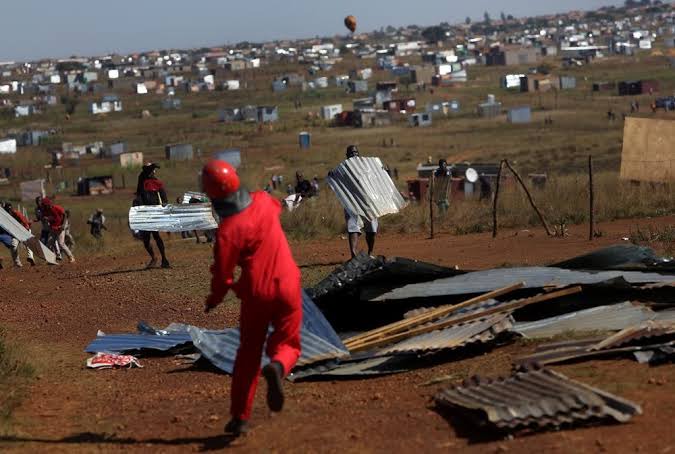 I couldn't leave this alone it was unfair for us so I called the Red Ant offices to find out why they demolished my home they told me they don't just demolish homes they got the permission from the Sheriffs of Pretoria west.

I called the Sheriff of Pretoria west his name is Mr Shahbaz Ismail but he just dismissed my call . I have tried sending my parents to various places for help , every where the went they say they are waiting for the municipality of Tshwane to reply them, yet no one is replying.

They called us and the representative from the housing offices, they were told to check if court order had included us.

Only to realize that it was an error on their side so they were ordered to rebuild the house because we said we don't want thier money we just want our house.

An agreement was signed in January 2019. They told us they want an approved plan for them to rebuild so we had to pay someone to draw us a plan then take it to the local offices of Tshwane which they said we had to go to town.

In town tshwane minucipality required a title deed from us, saying the house is ours for that we then went back to the local offices where we were told title deed will take 5 to 20 years for us to get it.

So we went to the councilor who made us a letter stating that land was our. We explained it to them on an email and also sent the plan, since then they have been delaying us not helping us say mohlahla family