“Please let me live for the sake of my children,” she said, before the final shot was fired.

About 4km away, the family of Noloyiso Mcatshukelwa had searched desperately for the bubbly 30-year-old, only to discover her body wrapped in blankets in her boyfriend’s home. 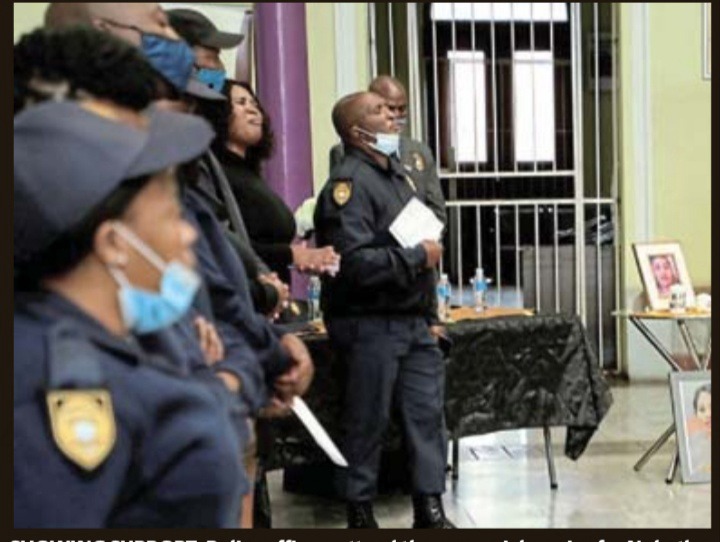 Mcatshukelwa had been beaten to death.

Both Gqeberha women’s murders have occurred during the 16 Days of Activism against Gender-Based Violence campaign.

Ntsunguzi, 42, was killed in Motherwell on Sunday. Mcatshukelwa’s battered body was found in Kwazakhele on Friday last week.

Only one of the alleged killers is in police custody.

Yesterday, a memorial was held for Ntsunguzi at the Gqeberha railway station, where she worked. 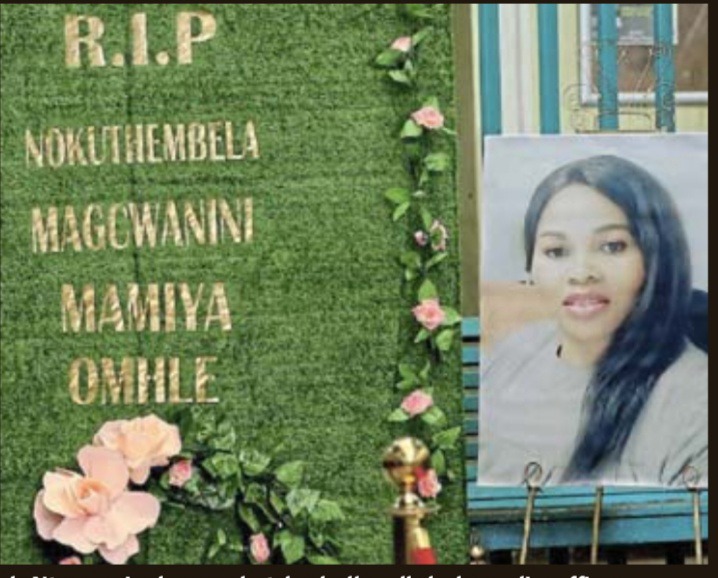 Her family, colleagues and friends shared their devastation. She leaves behind two children, aged 20 and 15.

What is most upsetting to her loved ones is that the suspect arrested for her murder is a police constable.

Ntsunguzi’s daughter, Lisakhanya, 20, said her mother was the sole breadwinner. She also cared for her sickly mother, 62-year-old Sindiswa. 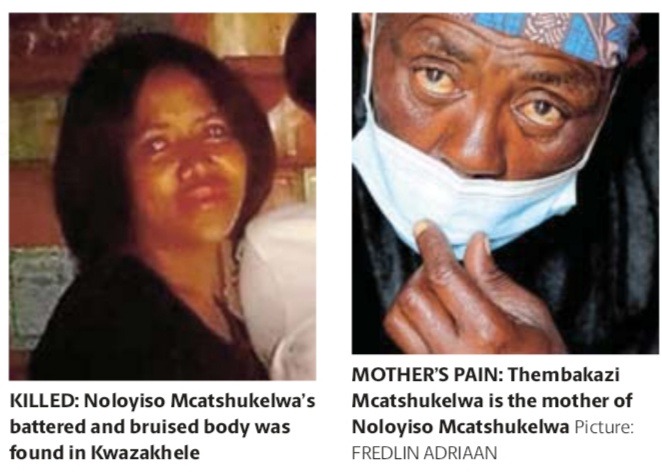 Lisakhanya said when she heard what had happened on Sunday, the first thing she did was try to call her mother’s phone.

“It was not being answered. It just rang until it went to voicemail,” Lisakhanya said.

“I then called her boyfriend’s number and a policeman answered.

“I told him I was looking for my mother and that she was in a relationship with the owner of the phone.

“He [allegedly] said they had hurt each other, but that the neighbours would tell me what had happened.”

Lisakhanya said when the neighbours arrived at her house and asked to speak to her uncle, she broke down.

She knew something terrible had happened.

She then had to break the news to her younger brother.