A 19-year-old girl, is among those violently killed in weekend gun and knife attacks - Capetown

By Iswani (self media writer) | 4 months ago 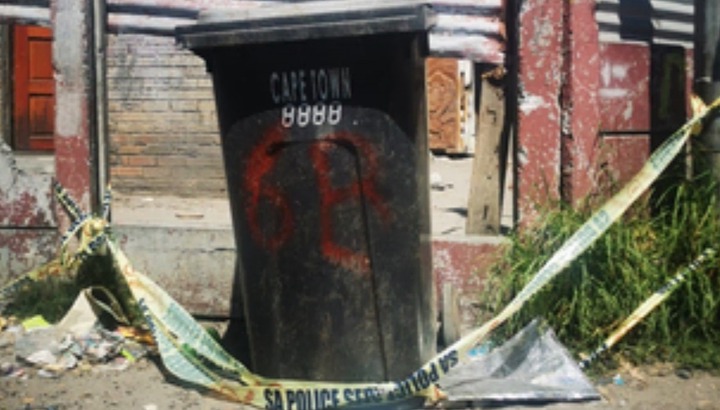 Three people were killed in brutal gun and knife attacks across Cape Town over the weekend.

Following a fatal shooting event at Hanover Park on Friday, a murder case was opened for investigation. At at 2.45 p.m., a man was shot and died on Turfburg Walk, according to police spokesperson Wesley Twigg.

“Philippi police were called to the crime scene where they found the victim lying in the street. The victim was declared deceased on the scene by medical personnel. The suspect/s fled the scene and are yet to be arrested,” Twigg said.

Kashiefa Mohamed, media liaison for the Hanover Park Community Policing Forum, said non-fatal shootings were reported around 4 a.m. on Lansport Road, and a woman was stabbed at 3.15 a.m. on Sunday in Johnvlei Walk.

Police are investigating after the body of a 19-year-old girl was found in Olga Street, Manenberg at about 1:30am, on Sunday.

“Manenberg police were called to the crime scene where they found the victim in the bin. The victim was declared deceased on the scene by medical personnel. The suspect fled the scene and is yet to be arrested,” Twigg said.

The chairperson of Manenberg Safety Forum Roegchanda Pascoe said acccording to the information that he had received, the girl was stabbed by her boyfriend then shoved her into the bin and then wheeled and then put into Giempie/ Renoster Street.

At a separate occurrence, a man was discovered dead in Ndum-Ndum, Wallacedene, Kraaifontein, in the early hours of Sunday.

Twigg said that Kraaifontein police were dispatched to the crime scene, where they discovered the victim with multiple head and body injuries. Medical personnel pronounced the guy dead on the spot. He further announced that te unidentified suspect or suspects fled the scene and have not been yet arrested

Masilakhe Ngqebe, a spokeswoman for the Wallacedene Development Forum, criticized what he called a mob justice attack by residents on an accused known thief. And Anyone with information related to any of the incidents can contact Crime Stop on 08600 10111.

Content created and supplied by: Iswani (via Opera News )

Elderly Woman Found Murdered With Her Head Cut Off Inside Her Home. It Will Leave You In Tears. Pics

In shock, A foreigner claimed he used a matchbox to kill and burn Debora.