Arrest the man who was holding the baby 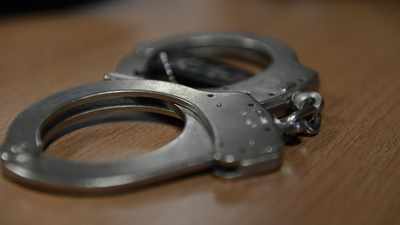 A KwaMachi, in Harding woman was allegedly caught red-handed by a neighbor who raped her six-year-old daughter on Friday morning.

The suspect was arrested at his home and charged with rape.

The victim's family said he did not usually go out in the yard and they were confused when he was found in the neighborhood. The child was allegedly dragged from the bedroom by the suspect where he raped her.

It turns out that the child who had been playing with the bully repeatedly shouted his name but did not respond until the victim's mother heard.

The victim's mother allegedly went to the house, then went to the room where the child was playing with the girl, who, when she opened it, went inside and found the suspect holding her baby.

A relative of the militia, who did not want to be named to protect the child, said the baby's mother took her baby and cried loudly, shouting at the neighbors.

“The suspect confessed to himself, saying he raped the child because he had been crying for a long time. How do you crave such a small, unconscious and autistic child? After the incident, the child was taken to a clinic, where it was confirmed that he had been abused, ”said a relative of the victim, who burst into tears.

The relative went on to say that the suspect came last year to live in the village of Kubhekane.

He had reportedly last visited in 2015 and did not come to them when there were events or deaths.

The relative said the man had not been involved in the incident as he had been arrested in Durban for raping a child.

KwaZulu-Natal police spokesman Constable Thenjiswa Ngcobo said a case of rape was being investigated by police at Harding police station.

Zama Zamas are out in their hundreds around Germiston, Brakpan, Springs, Golden Drive and Putfontein