News In: A Sassa Official Who Allegedly Used Al A Fraudulent Matric just to do a R4-million fraud.

By Crime_spotter (self meida writer) | 1 months 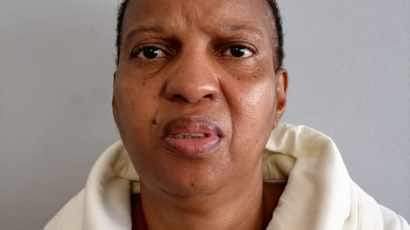 News In: A Sassa Official Who Allegedly Used A Fraudulent Matric Certificate To Obtain A Job Has Been Charged With R4-million Fraud, Which Is How Much The Agency Spent On Her Salary In A Period Of 14 Years.

Alina Dimakatso Nkwanyana Selepe allegedly used a fraudulent matric certificate to obtain her job as a team leader for administration at SASSA in 2006.

She was only flagged once Sassa conducted an audit with the Department of Basic Education when they found that the matric certificate was allegedly fraudulent. This woman is one of the suspects who have been taken away from the South African people, and causing a lot of corruption it is a good thing no she was apprehended fri-nally so we know that a little bit of corruption was stopped

Chosen this shows that the one was very dumb because who would like go away at thousand Rand per month income for, some fraudulent activities when they know that they do not deserve to be in the position in the first place if one person was what they would just stick with that position and not do any criminal activities.

This is one of the biggest losers of the country because she lost and 80000 income to fraudulent activities that would otherwise have been avoided if she did not get greedy but she did because of the stustopped.tality, the same mentality that they did not allow her to finish matric.

Many people have seen the activity is very stupid brother and fraudulent, because this is a lot of money that one and two Sacrifice on a fraudulent activity.

The Hawks in Mpumalanga said the woman was arrested on Friday and charged with fraud to the tune of R4m, which amounts to her salary for the past 14 years. A lot of people are shocked by the woman's actions because they would give anything to earn the same amount of money that she and they don't even understand why she would do such a thing, when she had a comfortable life that shows how stupid people are especially when they have not finished their matric and going to do further studies at universities and colleges.

It is very disappointing how some people don't understand the magnitude of things when they do them they think that since everyone is doing fraud, and criminal activities that they will get away with it but I forget the fact that there are the bottom people the smallest of them all so they don't have the power to pull strings, and get away with criminal activities that is why they get apprehended and spend time in jail as unfortunate and disturbing. 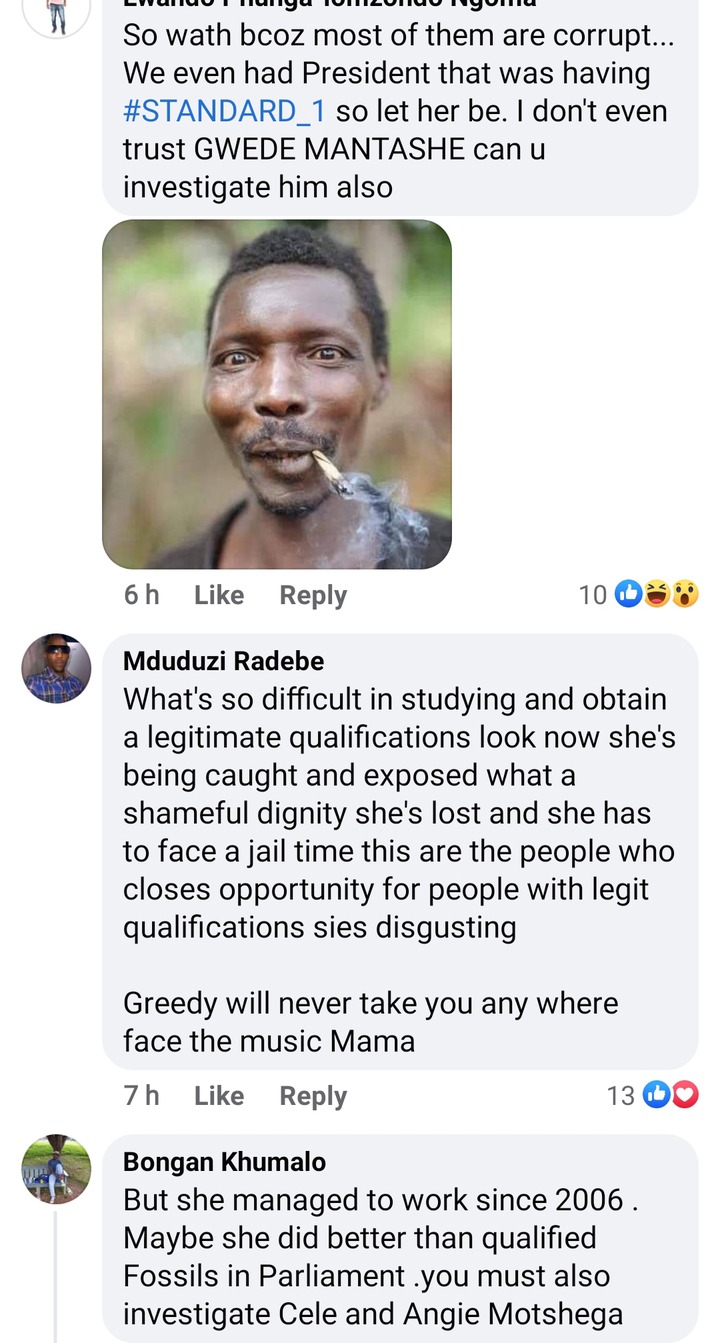 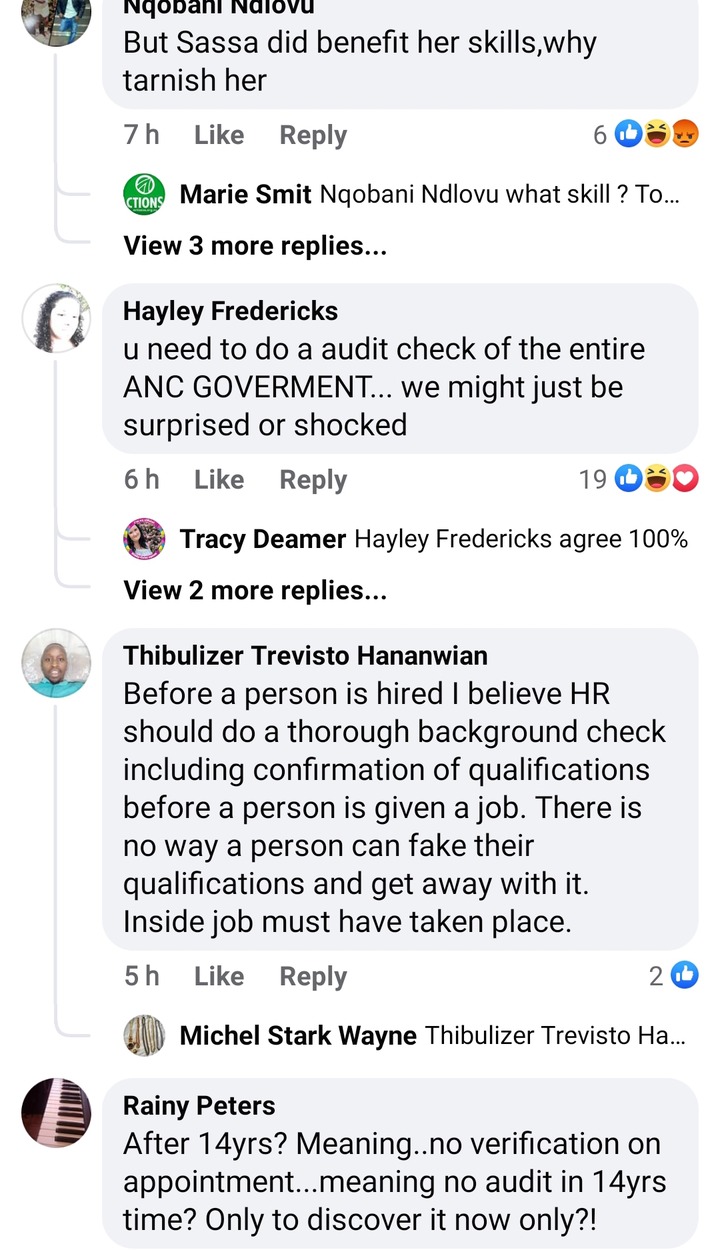 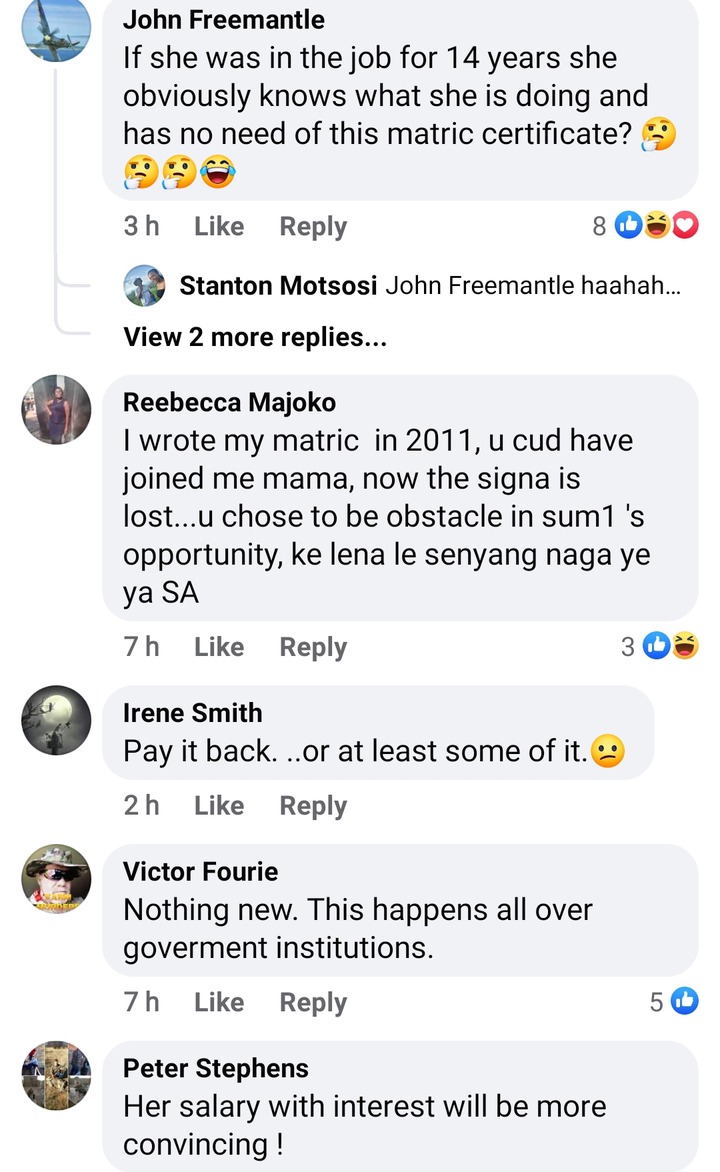 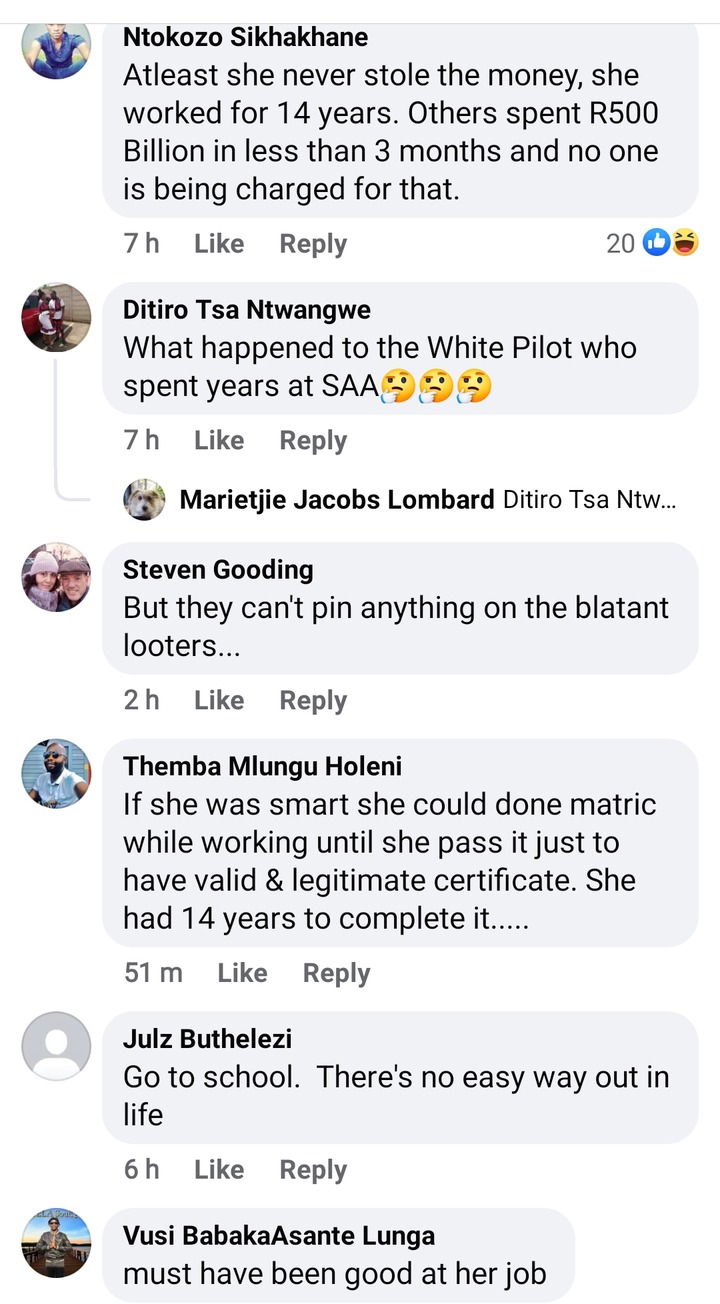 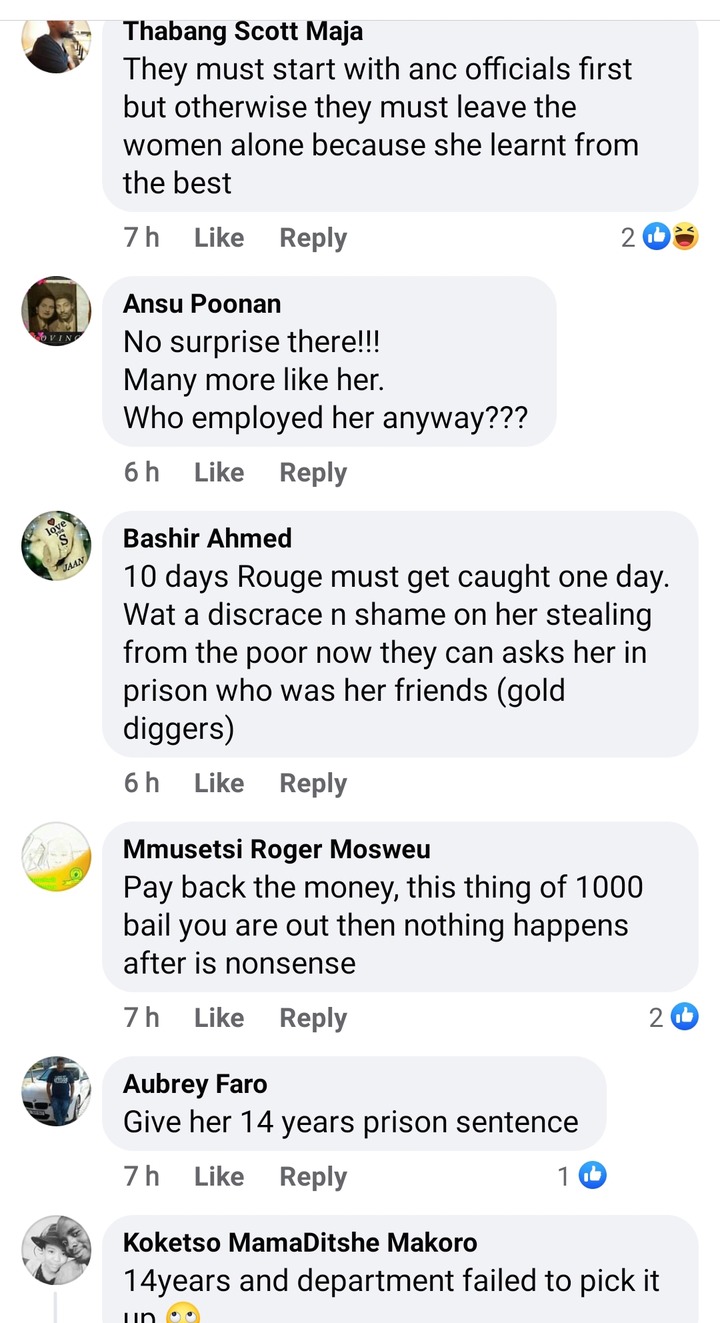 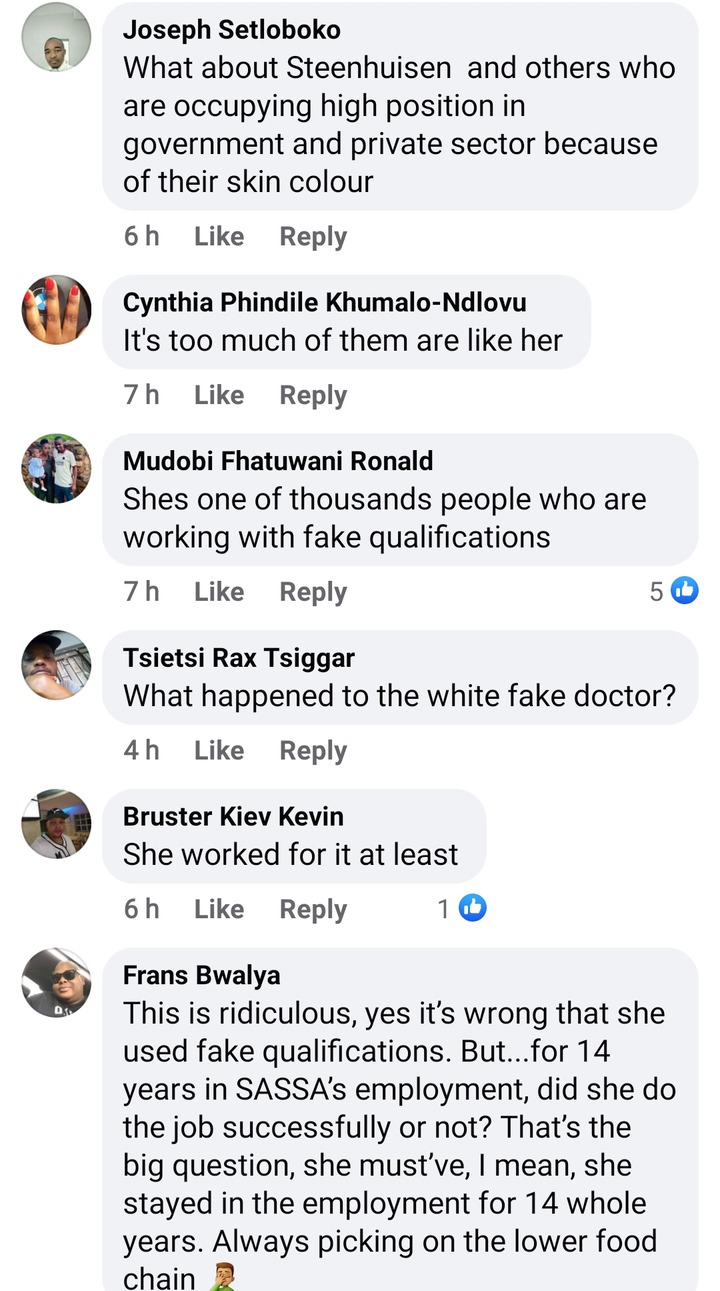 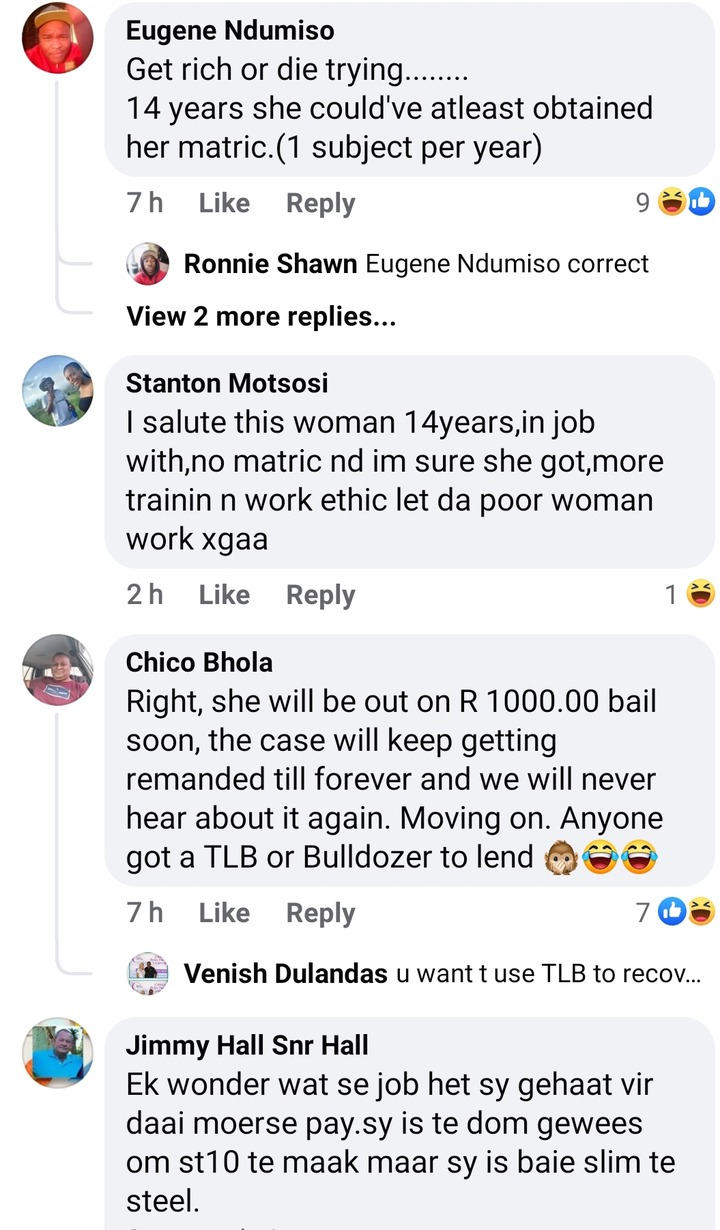 No road maintenance, our roads are dead.- [OPINION]

OPINION - This is What Our Banks Have Been Doing

Single And Mingle: People React To The R900 That Mbali Wants As Girlfriend Allowance

The mixture of money attraction.

Is this car really R150 per month?

"I Asked A Friend To Borrow Me 150K, She Said She Doesn't Have, See What Happened Next"- Lady Says

God blessed this Actress with a Second Degree. Check here