Limpopo| 21-Year-Old Man Arrested For Beating A 9-Year-Old Boy For What He Did To A 4-Year-Old Girl.

By Pforsimple (self media writer) | 15 days ago 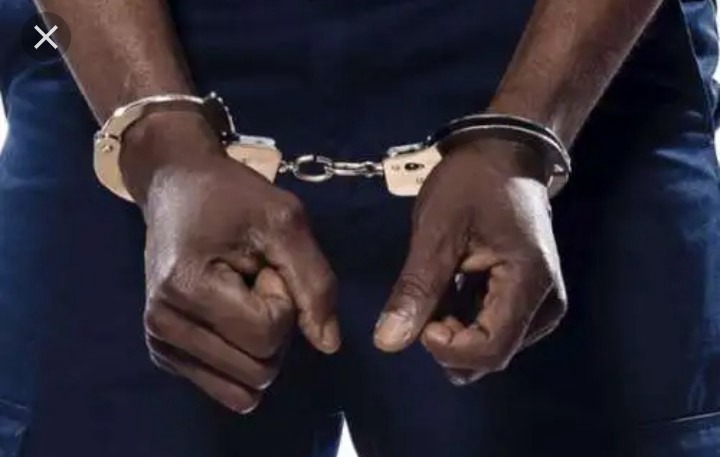 The 9-year-old boy was beaten heavely by the 21-year-old man as a way of teaching him a lesson. 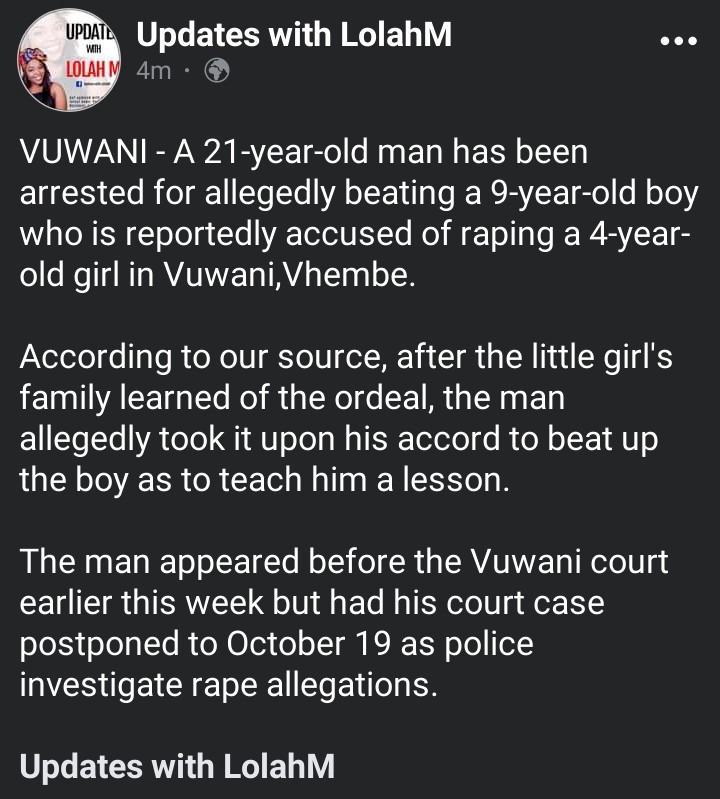 The man appeared before the Vuwani Court ealier this week but his court case has been postponed due to the rape investigations undergoing.

What are yout thoughts with what the 21-year-old did to the 9-year-old boy? If the 4-year-old little girl was your sibling and raped by a 9-year-old, were you going to do the same? 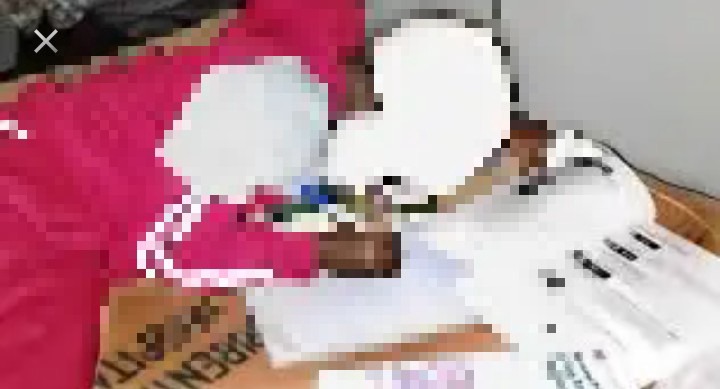