They Hired A Police To Do A Dirty Job, See What The Police Did 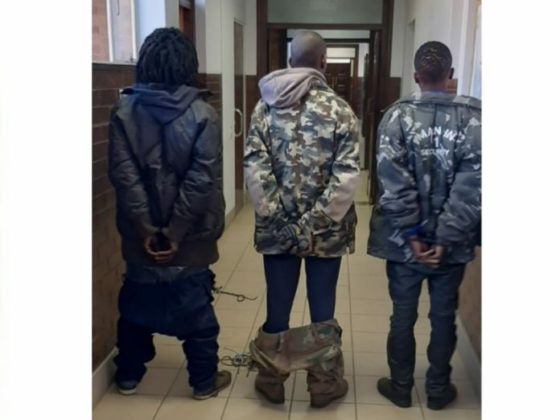 Cattle theft thieves in the Free State province have been arrested after stealing 11 cattle when their driver turned out to be a covert police officer.

Police received a tip-off about a plot to steal 11 Bonsmara cattle worth $ 220,000, and found that the suspects had no plans to transport the stolen cattle.

The police officer, who asked not to be named, said: "We found out that the suspects did not have a truck to transport cattle from the farm where they were going to steal it."

Therefore, the Odendaalsrus police comprised of the theft team and the Welkom community police arranged for a truck to be driven by an undercover police officer to meet them on a farm in Wesselsbron.

Police said the robbers promised the driver R2,500 if he would help them transport the stolen cattle.

He said the robber managed to get one cow in the back, before police arrived who were hiding near the area.

While trying to put 11 songs on the truck, several police officers emerged from the men, who tried to flee. But he died because the police were expecting him to flee, so he was able to apprehend them.

Scrolla.Africa spoke to a cattle owner who said he was happy with the arrest of the cattle rustlers and did not wish to comment further.

Police spokesperson Brigadier Motantsi Makhele confirmed the arrest of the three suspects, aged between 33 and 35.

"11 Bonsmara cows worth 220,000 rand have been identified and provided by the farm owner," said Makhele.

The suspects will appear in the Wesselsbron Magistrate's Court on Monday, September 20