Interpol in South Africa apprehended a 28-year-old Nigerian con artist. There is evidence to suggest that this person was part of a cybercrime ring that engaged in phishing, internet fraud, and money laundering.

Mr. James Junior Aliyu was arrested this week at his luxurious estate in Sandton, Johannesburg, as the result of a well planned operation to bring him down. The goal of the operation was to eliminate him as a threat.

On the morning of Wednesday, June 29, 2022, at around 10:00 a.m., members of the Interpol National Crime Bureau (NCB) in Pretoria and the Gauteng Highway Patrol Unit of the South African Police Service made the arrest (SAPS). They broke into the mansion. 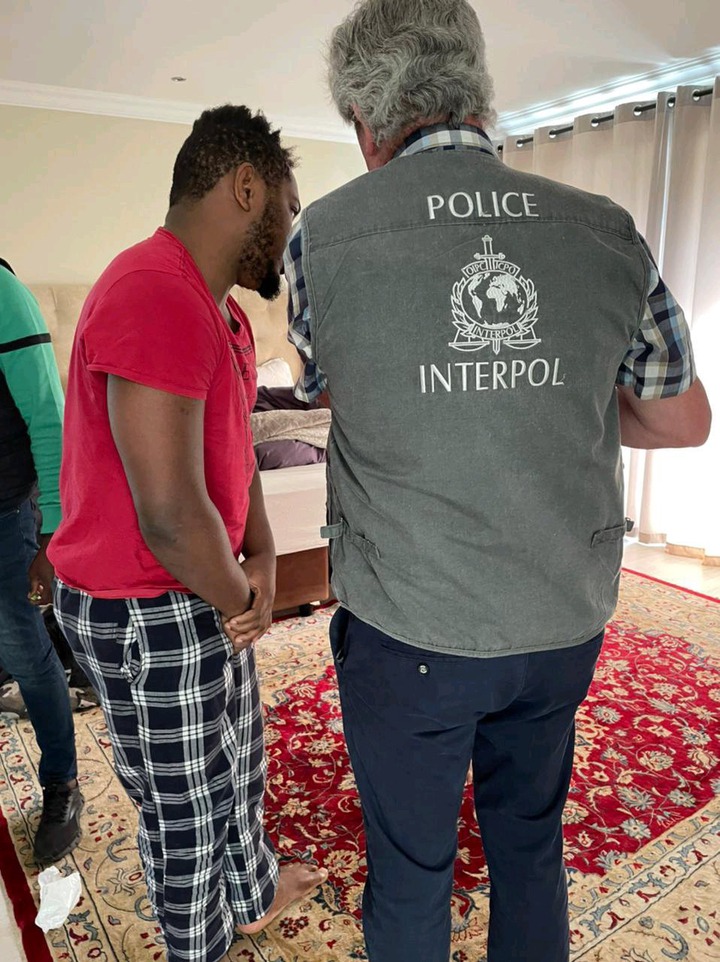 Detailed investigations by law enforcement in both South Africa and the United States led to his arrest and incarceration (USA).

The cybercriminal suspect, who may have been based in South Africa, is suspected of exploiting electronic communications including emails and texts to scam several people in the United States out of millions of dollars. It is believed that the fraudulent activity took occurred in the USA.

U.S. authorities have made an extradition request because that is where the vast majority of his alleged victims reside and where the investigation was first opened.

The suspect was brought before the Randburg Magistrates' Court on the day of his arrest; however, the judge decided to continue the case to July 5, 2022. The court's authority is rooted in and governed by South African law.

Some Employees Just Cannot Be Trusted. Look What A 33-Year-Old Woman Did At A Cash Depot

R.I.P. Fatima Was Shot & Killed, This Is What Mzansi Noticed