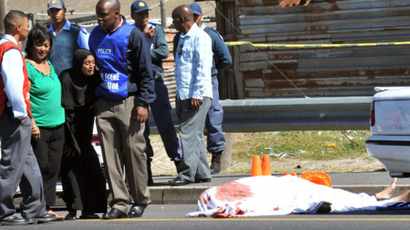 All the players in the taxi industry seem to be gunning for the top posts in their industry.

The sad part is that they eliminate each other in a ruthless manner as they battle to control one of the most violent industries in South Africa.

Participants in this industry seem to have totally failed to find a peaceful, amicable say to resolve issues.

According to a report that has been published today by Arrive Alive, a manhunt has been launched by the members of the police department in Mpumalanga.

This comes after a 42 year old man who was one of the biggest taxi owners in the town holding an executive position in the taxi leadership structure got shot dead.

He was shot on Friday the 23rd of April 2021 in an execution style type of shooting. The unfortunate incident happened in Tweefontein at the Miliva Traffic Circle which is just a few meters from the Miliva taxi rank.

A group of heavily armed men who were driving a Ford Fiesta which was white in colour shot him dead while he was in his personal vehicle which was a Toyota Yaris.

The hitmen fled from the scene after firing several shots that left the poor taxi boss bleeding profusely.

Paramedics rushed to the scene and took the taxi boss to a nearby hospital where he later on succumbed to injuries.

Over the past few weeks similar incidents have happened in the area as a 39 year old Taxi Marshall named France Oupa Manamela got gunned down in a similar manner at the Miliva taxi rank.

Four suspects who were in a silver VW Polo took him down and fled from the scene. The police are still hunting for the suspects.

Three other taxi operators and industry players got shot a similar manner over the past four weeks and no arrests have been made.

If the situation is left uncontrolled, more deaths will be recorded in the area as it now seems like there is a war that is in full swing. 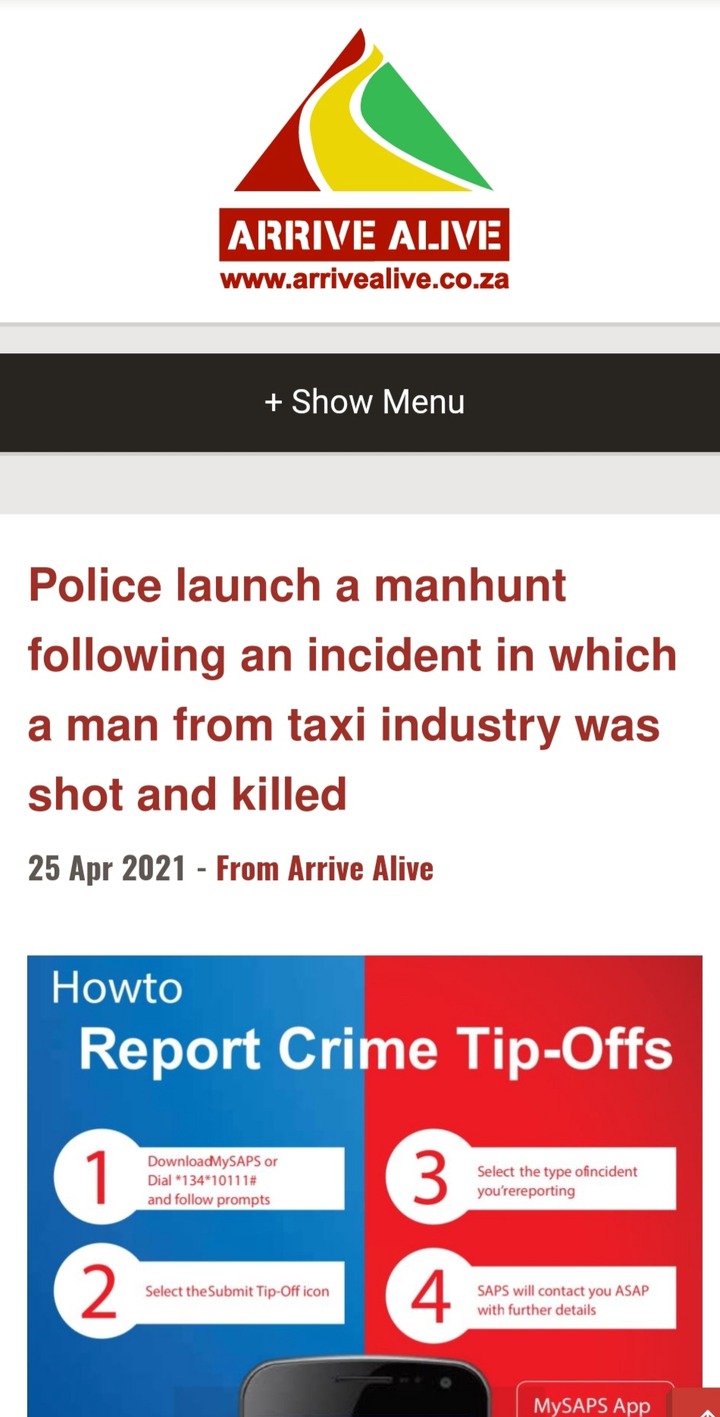 Those with information on any of the taxi war industry incidents in Mpumalanga are being urged to kindly contact 0824417591 and talk to Detective Lieutenant Colonel Difaga John Malope.

Alternatively, information can be made available to the police by making use of the MySapsApp or calling on the crime stop number which is 08600 10111.