Imagine going to the ATM to withdraw some cash and then suddenly you are faced with a moment of truth. A cash in transit situation.

According to eyewitnesses, five men wearing overalls accosted the guards at about 9.10am, shortly after they parked outside Absa Bank.

The incident occurred in the middle of busy end-of-year crowds and metres from where clients were queuing outside the bank.

“We just saw the guards running,” said a man who works in a nearby business. 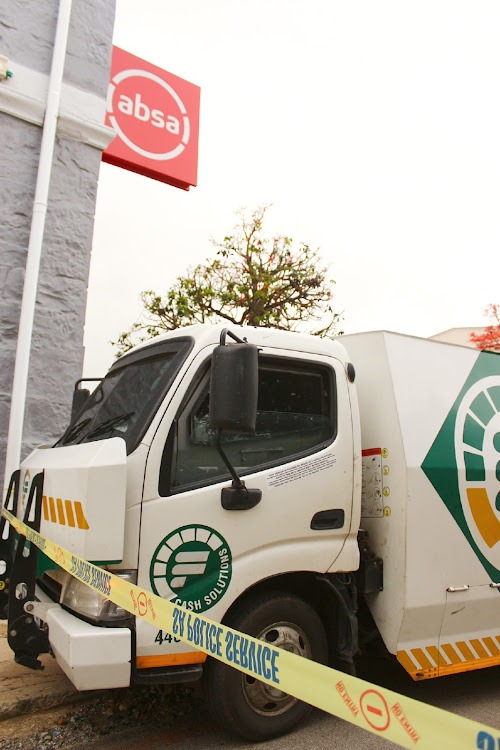 “There were already long queues outside the bank and when people saw what was happening they just ran too even me, I ran back inside so I didn’t see what happened.”

Police spokesperson Sergeant Majola Nkohli confirmed there had been a cash-in-transit robbery and that the Hawks were on the scene.

However, police had not commented further by print deadline on Thursday. According to unofficial witness reports, no shots were fired and no one was injured.

One witness said the men had escaped in a small white Ford Bantam.

This is the third armed robbery in Makhanda in the space of two weeks.

The Makhanda post office was robbed at opening time on November 17, ahead of the payment of the R350 unemployment grants, as well as a tranche of department of transport payments.

On Sunday three men robbed a High Street clothing store shortly after it opened for business, threatening employees and making off with cash, cellphones and perfume.

The last cash-in-transit robbery in Makhanda was in March 2019, when Makana municipality’s finance office was targeted during a cash pickup by Cash Solutions. A guard suffered minor injuries in that incident.

When the Dispatch arrived at the scene at about 9.45am, the two Cash Solutions guards were still visibly shaken. Anglo African Street, adjacent to Absa Bank, was sealed off and the Cash Solutions van was standing empty with the engine running. Members of the Hawks alongside local SAPS were at the scene, as well as a security specialist from Absa Bank. 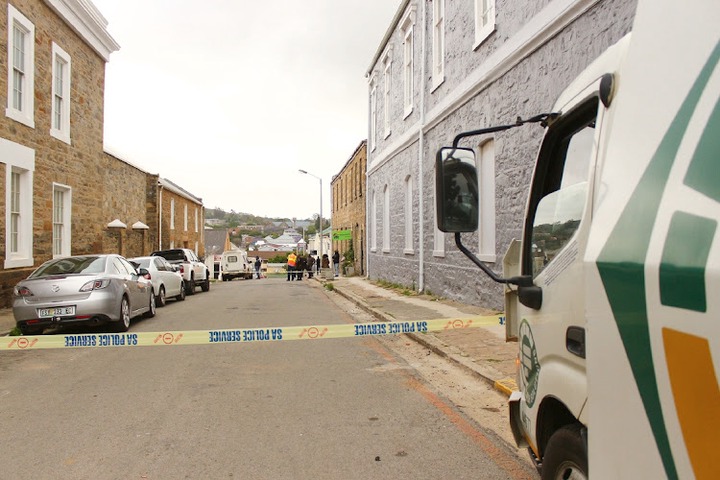 The cash-in-transit industry is represented by the Cash in Transit Association of SA.

In response to questions from the Dispatch, the association’s Dr Alice Maree, who heads analytics and incident management, said cash-in-transit robberies might increase over the festive season. A total of 27 cashin-transit robberies had occurred in the Eastern Cape during the past six months. Compared with June to November 2020, that represented an increase of 23%.

“The industry has various collaborative initiatives to counter robberies and works closely with the police,” Maree said.

Absa said that as a member of SA Banking Risk Information Centre (Sabric), they work with other sector members to combat associated robberies.

Absa’s Pholushi Malesa said, “Absa is deeply concerned by the robbery and an investigation is under way.

“We are co-operating fully with the police service. No injuries were reported and trauma counselling and support has been arranged.”

Bullets Fly At A CIT Heist Between Badplaas & Barberton

Heavy Rain In Ladysmith Entered Inside Spar And Caused This Damage. Details.