By WedoNews (self media writer) | 16 days ago 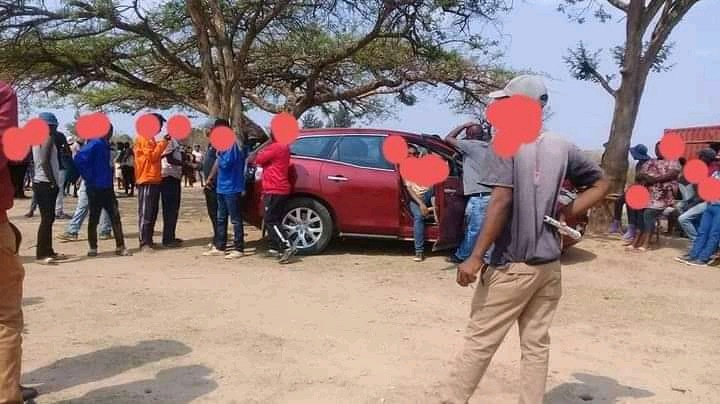 A man passed away due to poisoning in Mpumalanga, Phelendaba area. It is alleged that the cause of death was due to poisoning earlier this week. Before he passed away the deceased called out four names of the people who played a role into his death. As the community was getting ready to take matters in their own hands. 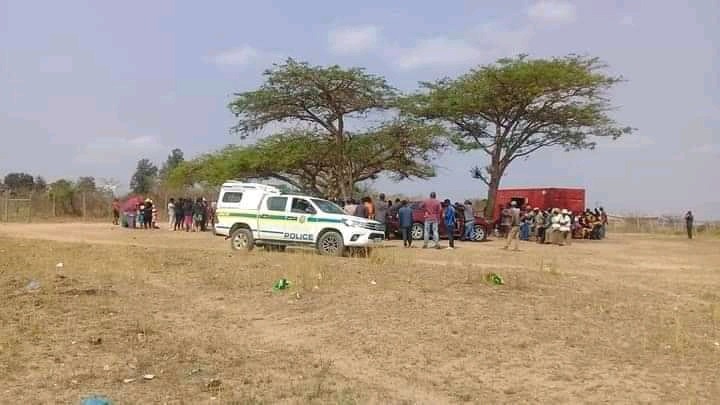 The police stopped the chaos as the community was getting ready to braai them. Suspects were taken by the police to the station. Later on the community members shared the news an hour later on social media. 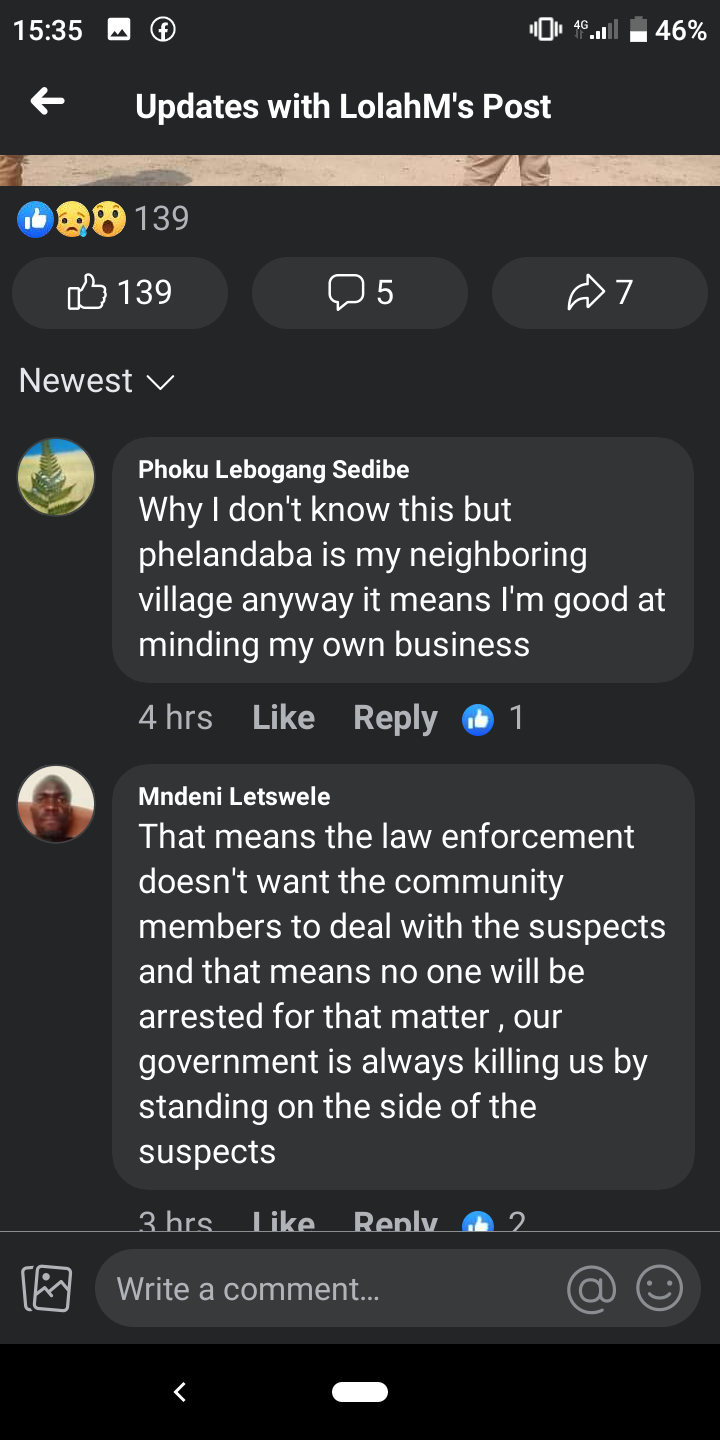 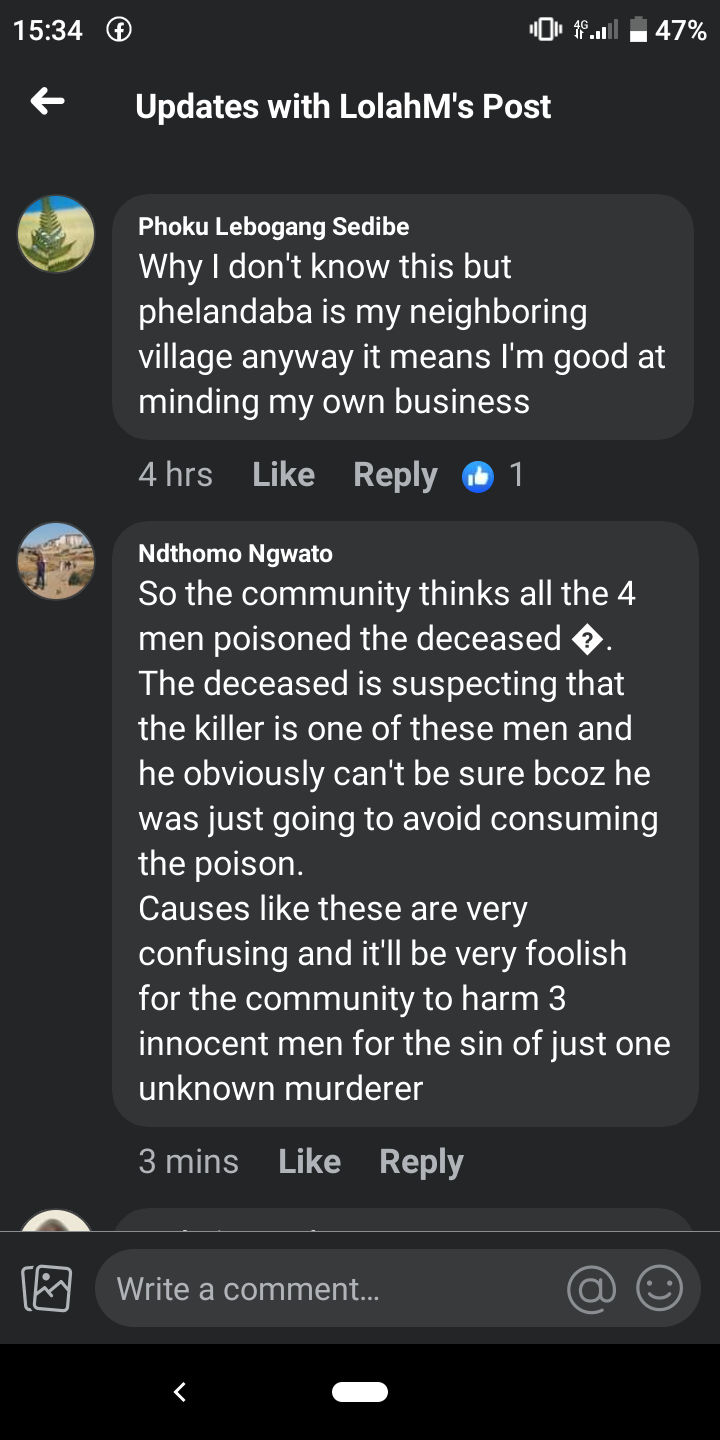