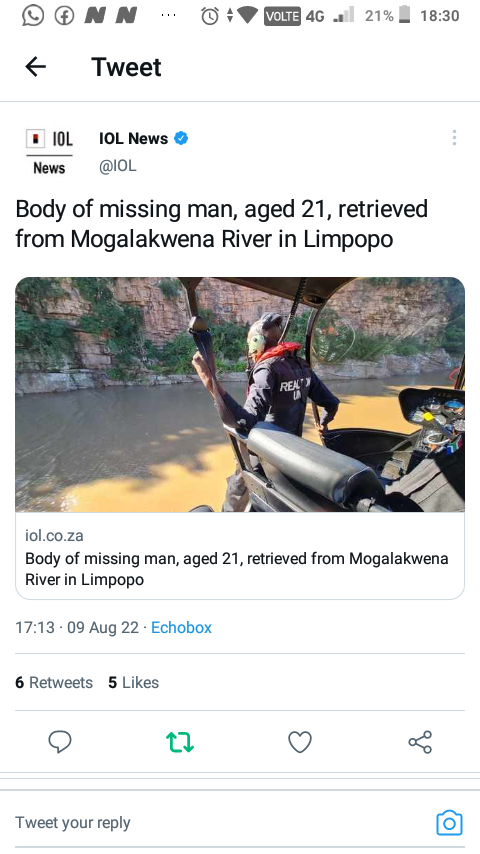 ﻿Police in Mahwelereng, Limpopo, have started an investigation after the body of Brian Rammutla, who lived in Maruteng village and was reported missing, was found in the Mogalakwena River.

On Monday afternoon, the 21-year-old was discovered.

Brian Rammutla, who was 21 years old and from Limpopo, was last seen last month. His body was found in the Mogalakwena River. Picture: SAPS

"Officers from the SAPS Search and Rescue Unit were sent to the scene when fishermen found the body of a dead man floating in the river." The body was found with the help of the local police and in front of the local people," Ledwaba said.

"The shocking find was made after the dead person disappeared on July 16. So, his family went to the Mahwelereng police station and told them what had happened.

Reports say that Rammutla left his home after 6 p.m. to go see his grandfather in Moshate village, also in the same area, but he never made it there.

Police started looking for the person right away and conducting investigations until Monday, when the dead body was found.

Right now, it's not clear how the dead person got into the river, but as the police investigation goes on, the cause of death will become clear. "Police are asking people in the area to give them time to do a full investigation," Ledwaba said.

If you know anything about this crime, you can call 0860010111, go to the nearest police station, or use the My SAPS app. "Police investigations continue."

Meanwhile, police in the North West say that social media helped them find Marly Roux, a missing teenager from Potchefstroom.

The 16-year-old girl was found safe and sound on Tuesday morning and is back with her family.

Colonel Adéle Myburgh, a spokesman for the SAPS, said that she was last seen leaving her Potchefstroom home around 5:30 p.m. on August 6.

"She left in a white Nissan 1400 bakkie with someone she didn't know."

Roux was last seen wearing black pants, a white shirt, a multicolored sweater, and black flip-flops. Police asked people in the area to keep an eye out for him.

The police said Tuesday morning that they found Roux with the help of social media.

The SAPS leadership thanked the community for its help. 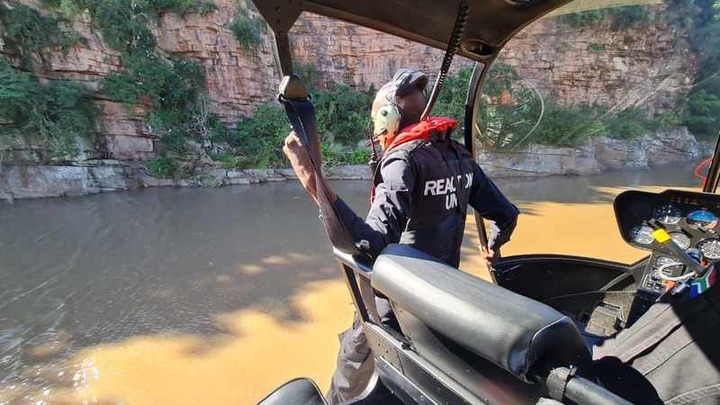