By Tshamano1 (self meida writer) | 1 months 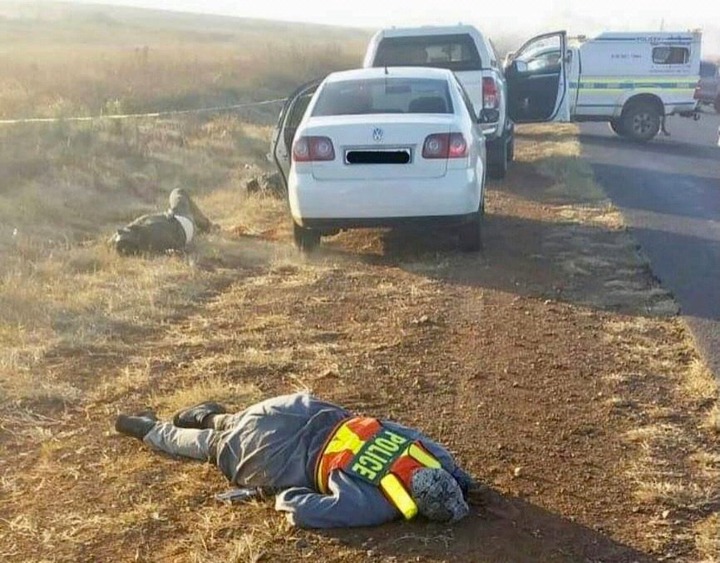 People nowadays have exposure to the South African Police Services Uniform and receive a blue light, in which they go out on the roads and perform stops where innocent motorists are detained and then robbed because they can quickly forget that they were blocked by police officers.After a shootout with the perpetrators, officers of the Ekurhuleni Metro Police Department shot and killed a squad of four armed blue light robbers.

According to a post by Yusuf Abramjee, the perpetrators, who both were disguised in full SAPS attire, were all brutally murdered after trying to subvert an SUV.

"After a clash with EMPD, four blue light robbers were killed: R50 Etwatwa. A car was attempted to be hijacked by the gang. All of them wore police uniforms ""Reads the Tweet."

In the meantime, two more perpetrators were shot and killed while trying to hijack a bakkie; sadly, the driver of the bakkie was also shot and killed during the encounter, while one of the suspects managed to escape the spot.

"Two alleged hijackers were killed, while one escaped. The bakkie's owner was also shot and killed, according to reports. There are still a lot of unknowns ""Reads the Tweet."

If you're not sure or don't trust the cops blocking you, proceed to the nearest police station for your own personal security; if they're cops, they'll follow you there; if they're not cops, give them the car without fighting them and save your life; vehicles can be substituted, but your human existence cannot.

Get To Know The Real Meaning Of The Number 666.

Good news to all South African's shared by the president