The things which are happening in this country continue to amaze onlookers as all forms of drama are reported on each passing day. What is however concerning is the fact that lives are being wasted in a reckless manner. 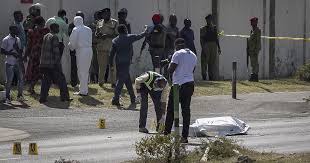 Human life is fragile and we have one life live. This means that it must be preserved as it is precious and irreplaceable. That however is not the case in South Africa as there are lots of armed citizens who do not deserve to own a firearm.

These citizens do not hesitate to pull a trigger. At times they come in the form of armed criminals who use weapons to rob citizens. All those who try to resist are brutally attacked.

In a report which was published by the SAfm News on Sunday the 12th of September 2021, one security officer got shot dead. This was after he behaved in an unusual manner and began attacking residents. Some of the residents who got attacked by the security officer sadly succumbed to the shots he fired to them.

An investigation is in place as the police seek to find the circumstances surrounding the shootings. A tweet was shared by SAfm News narrating the incident which read, "Police watchdog Independent Police Investigation Department (IPID) is probing the death of a security officer from Mooi River in the KwaZulu-Natal Province in Midlands . The guard had allegedly gone on a shooting rampage which resulted in him killing six people."

A report which was published by the News24 claimed that the guard shot dead a colleague who he was working with and drove the company vehicle and went to a certain location where he shot dead another security guard. He on to shoot two minors, a relative and one adult. Members of the South African Police Services gunned him down as he attempted to flee. 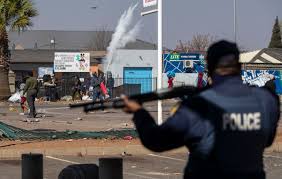 Security guards, police officers and those in the military are trained and they know when it is necessary to discharge a firearm. In this incident, some believe that the guard was having some mental challenges which prompted him to become violent and end up shooting down residents. A report which will be published after the IPID investigation is set to clear out the air on everything regarding this incident.