Due to the level 6 Load Shedding that has been announced, furious South Africans are urging president Cyril Ramaphosa to give them back Brian Molefe, saying that they are tired of the incessant load shedding. They noted that during his time, there was electricity, urging the former Eskom CEO to resume work immediately. One social media user wrote, “Brian Molefe and Matshela Koko must report to work tomorrow at Eskom”. Some people are blaming the EFF and Professor Thuli Madonsela for the removal of Brian Molefe even though he was doing very well in his job. Someone specifically said that it was spearheaded by professor Thuli Madonsela and the EFF members. He wrote, “I hear you say you miss Jacob Zuma and Brian Molefe. It’s only stage 6. Brian Molefe was CEO of three State-Owned Enterprises, with a sterling record, before Thuli Madonsela made way for the Independent Power Producers through her State Capture report. Relax. We are in hell”. 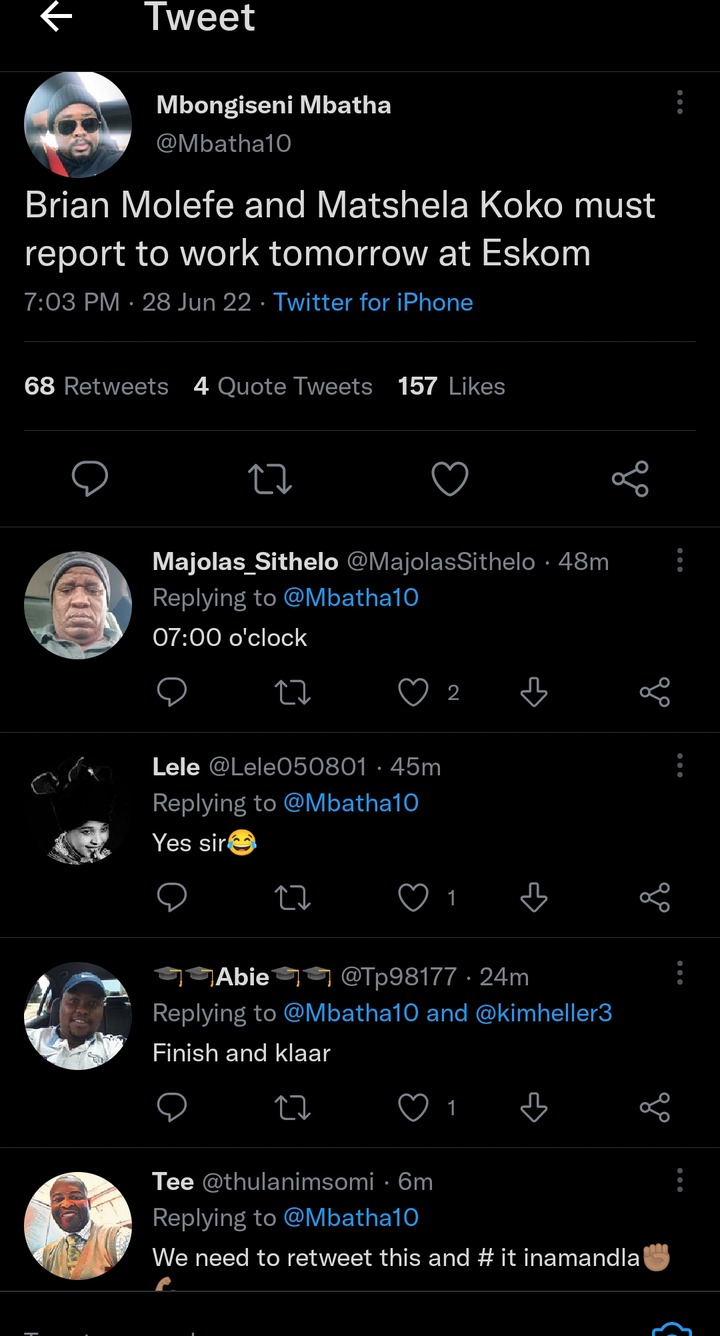 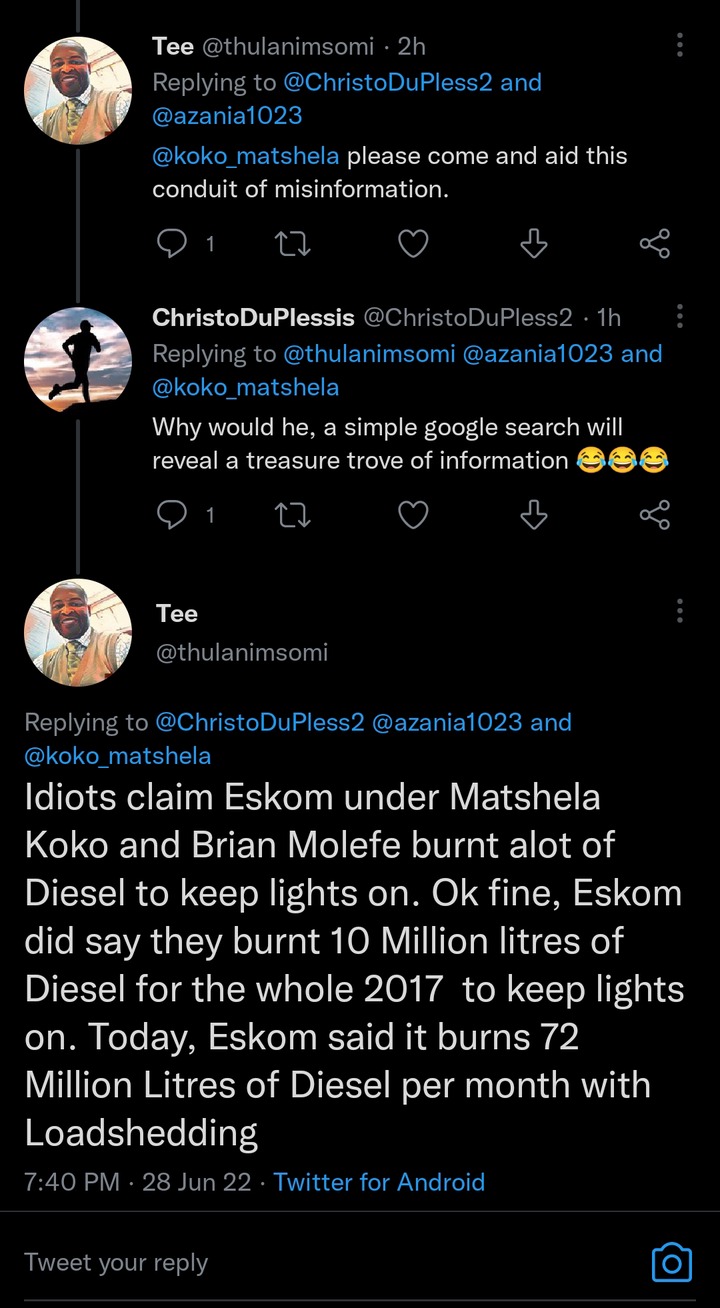 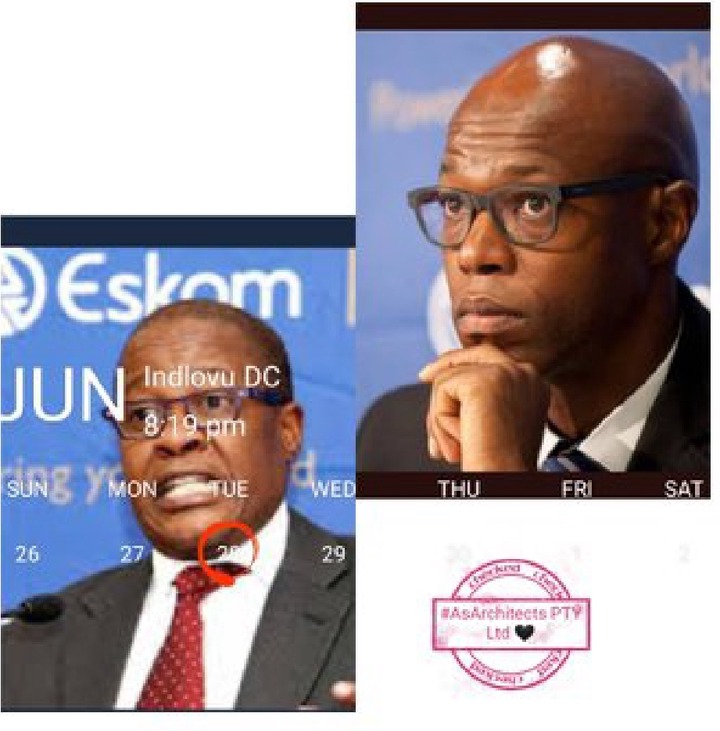 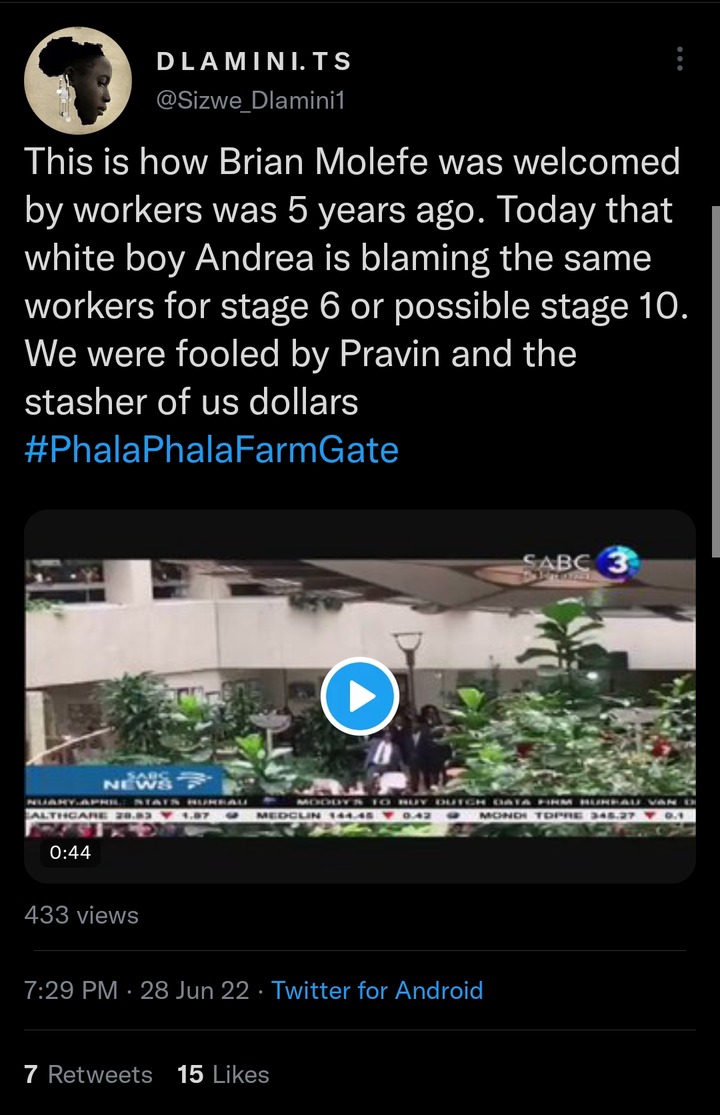 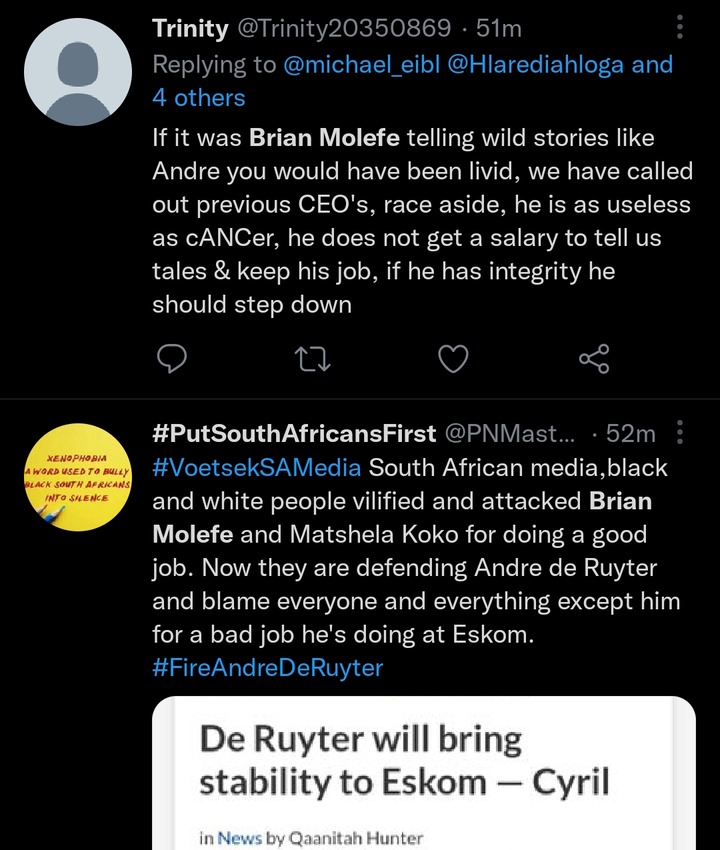 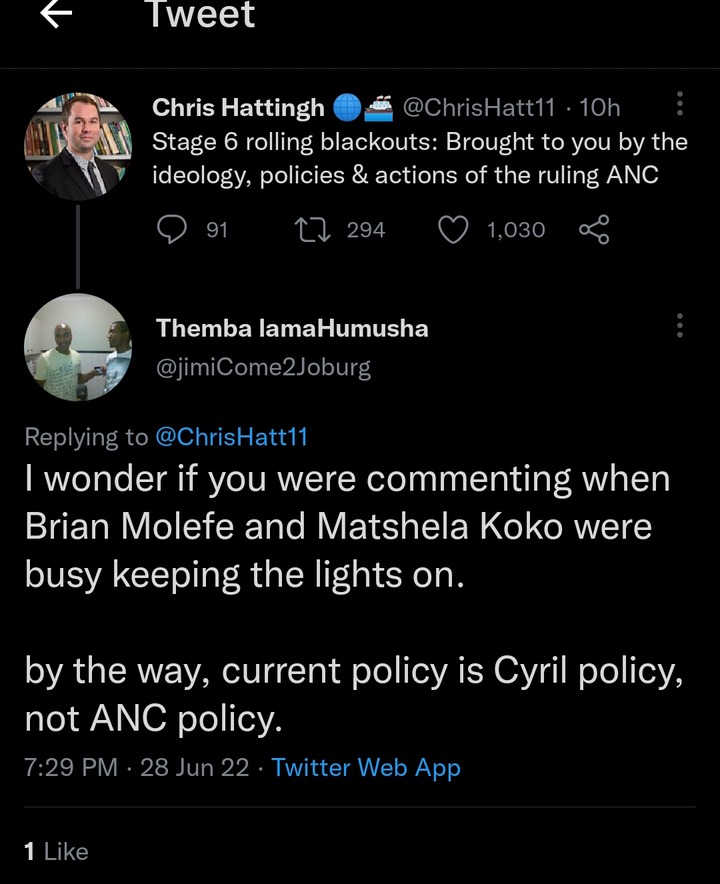 It is absolutely true that many people are obviously not happy. Yes, they are blaming the EFF. Another person wrote, “You can thank the EFF along with Thuma Mina for Stage 6 load shedding. They were instrumental in dragging Matshela Koko and Brian Molefe out of Eskom”. Even the renowned author and journalist, Kim Heller has said that if the present Eskom CEO, Andre De Ruyter was a black person, he would not have been in office even now. She noted that the abnormalities in Eskom now is much more than it was during the time of Brian Molefe. To be frank and sincere, many people are heaping the blames on Thuli Madonsela, saying that she took away Brian Molefe from the position of Eskom CEO. She's been quiet since the incessant load shedding began. They want her to speak up. Someone blasted her, saying, “Thuli Madonsela began the process of destruction of black professionals…since his report all black professionals, black businesses that were part of BEE or getting gov businesses in SOEs were destroyed and replaced by white companies”. 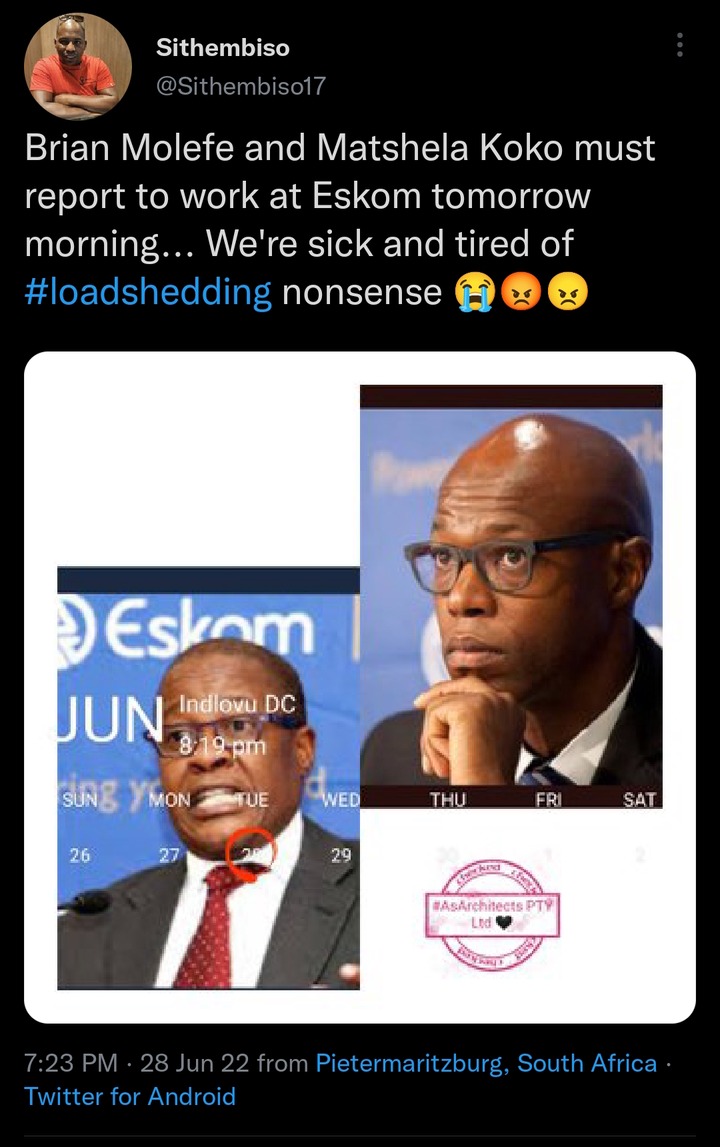 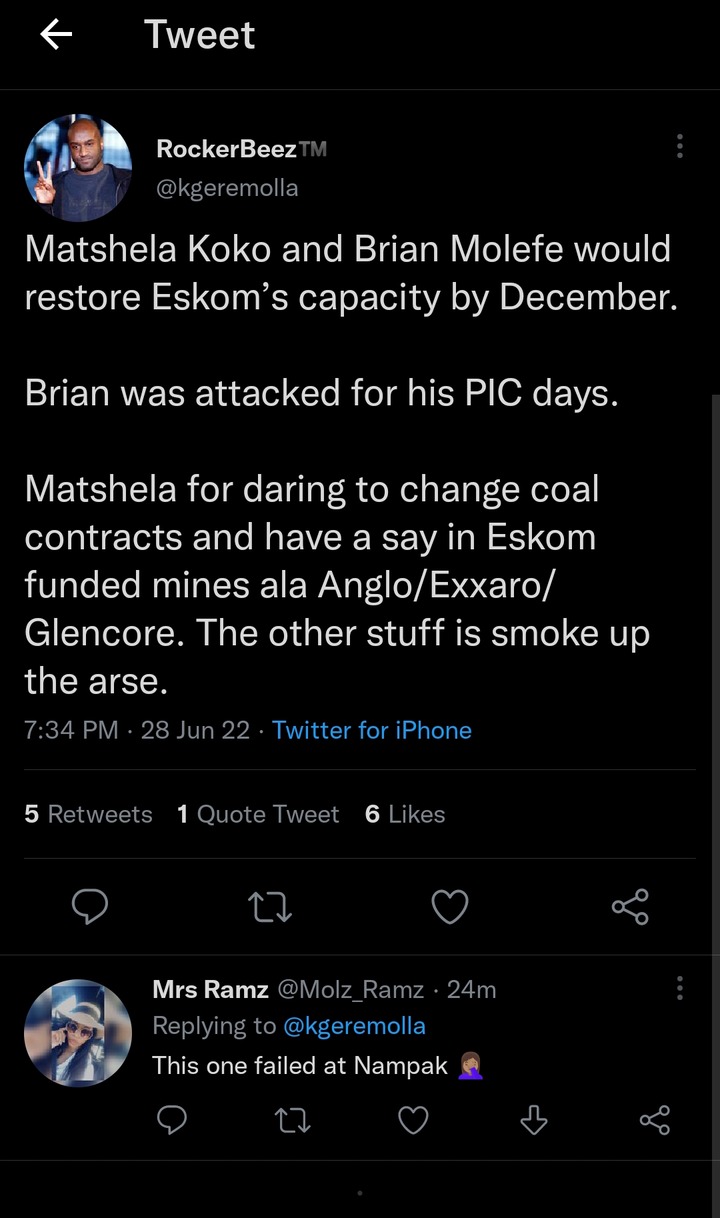 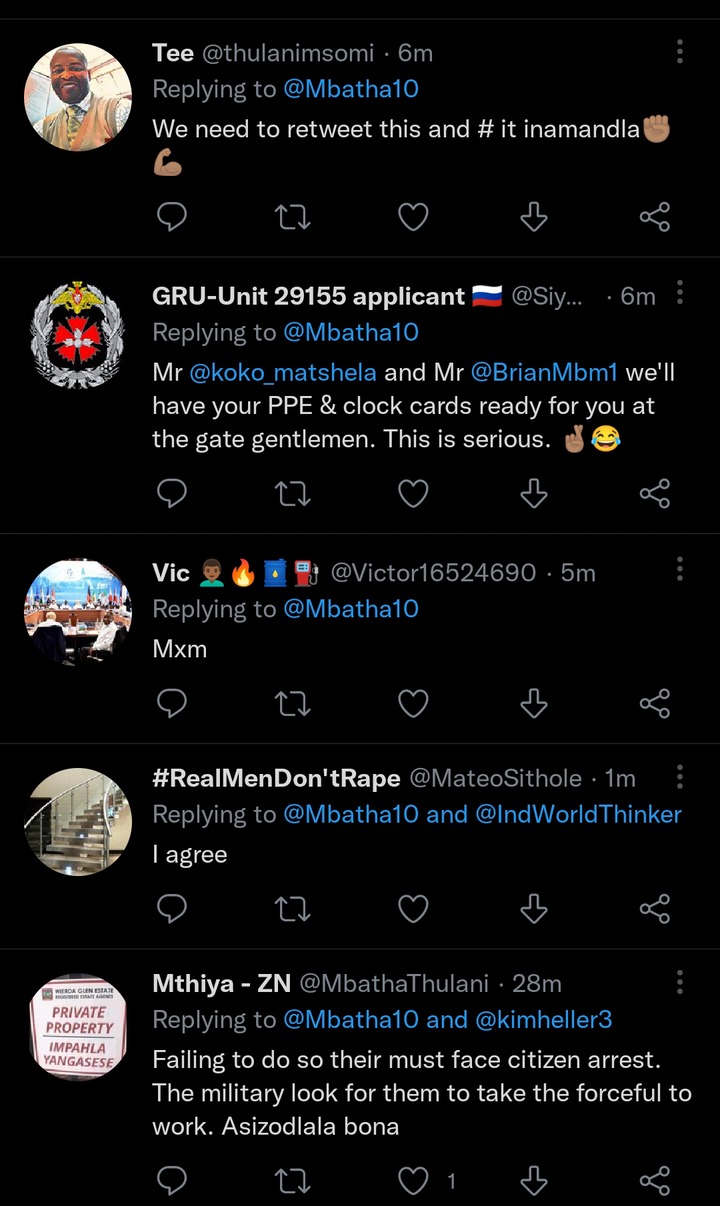