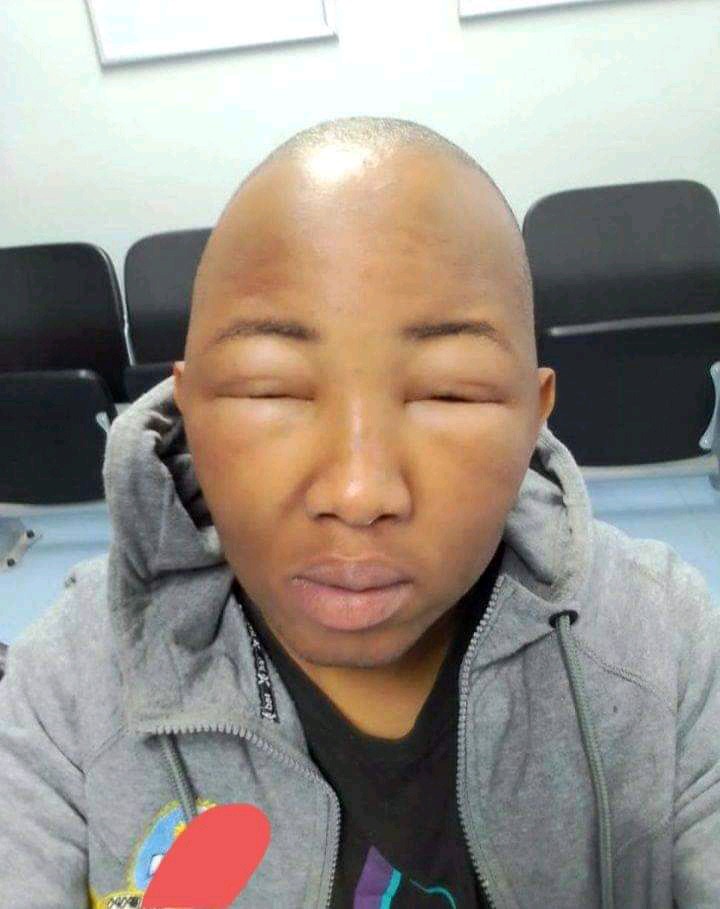 A man from Mankweng can't stop crying after his face got swollen because of the chemicals they used at the salon. This customer was admitted at the hospital on Sunday after complaining of head itching non stop which at the end caused his face to swell. This happened after receiving a haircut at a foregn nationals salon in Mankweng next to Zone1 complex on Thursday.

This young man didn't know that this was going to happen to him just because of chemicals. The customer actually claimed that on Thursday while visiting a salon owned by a foreign nationals. He had his head dyed and tremed with a razor blade machine. 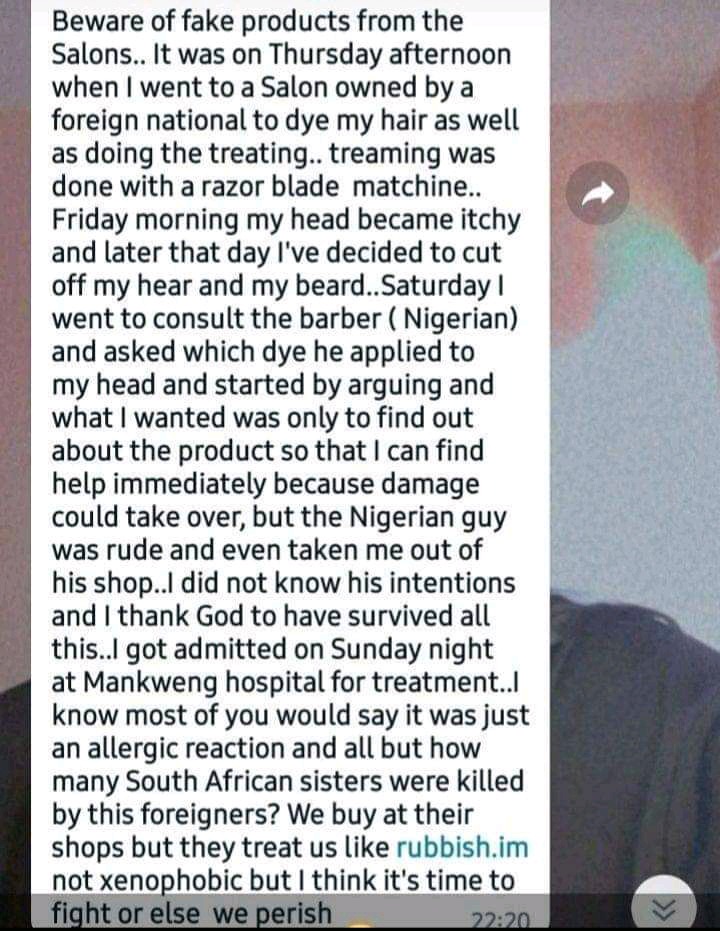 The man even told people that it was the first time he romeved his hair at the different salons. But it was his first time going to this salon because people said that it was cheap to do a hair cut there. He didn't know that he might get affected by the chemicals.

On Friday, his head became very itchy that he had to cut of his head blade. He then went back to the salon to enquire about the products that they actually used to his head. The owner became very rude and chased him out of the salon. The customer allegedly that he suffered further abuse from the salon

The customer was then later treated at the hospital on Sunday as the itching started to negatively affect his facial structure. The customer thinks he was mistreated and that the products used on him were bogus. He was the police and doctors to investigate about the salon product.

This has came to the eyes of the public that people need to be careful. Make sure that they check the product that they use on your head when at the salon. The police must look at this matter before someone alse suffer the same thing.