Police are on the trail for three men who shot and killed nine people in Clare Estate, Durban, on Sunday. 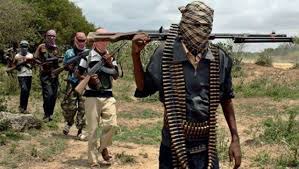 Residnts of Palmiet Road informal settlement who prefer to remain anonymous, said they were awoken by neighbors screams, bangs and then gunshots. The heavy shooting was said to have taken place on Saturday night/Sunday morning.

The community residents found footprints on doors which confirmed that the doors were kicked opened with foot. Eyewitness who spoke with newsmen said everyone was asleep when the criminals invaded the area and they left when they ran out of bullets. Otherwise more could have been killed during the operation.

“It is difficult for us to comment because among us could be the killers. We are living in fear,” said a resident.

Among those killed are Clifford Moyo who is 28 years old and worked at Jolly Meats in Clare Estate for several years. Staff said that they were shocked to hear about his tragic death.

His brother Jacob Chuma said they were trying to piece together what happened.

“He worked hard daily. He had family in Johannesburg and Bulawayo, Zimbabwe. Why he was targeted, we don’t know.” His brother also said.

The lifeless body of Siphesihle Maphisa, 28, was discovered by relatives on Sunday morning. He was dumped under a table in his room after the criminals shot him multiple times.

His cousin known as Vincent Maphisa said they saw his door slightly open in the morning and when neighbours called out his name, he didn't respond so they had to check up on him only to realize he is dead.

Approved for 350 SRD but not paid do the following