It was shocking when a 55-year-old man in Emalahleni, Mpumalanga was arrested on Wednesday after he was allegedly found with explosives. The explosives were connected and packaged in a concealing pack to confuse security operatives. Police spokesperson Brigadier Selvy Mohlala said guards from CSC Tactical Security Company were on duty monitoring CCTV footage at Marelden Estate, when they noticed a group of suspects in balaclavas, believed to be armed, passing the premises. The security officers called the police for back-up. The police have been lamenting about the increasing rate of crime in the country, and despite all the efforts being put in place to make the country safe and conducive for all, it is quite unfortunate that some people are still going more and more deeper into criminal activities. However, social media users are heaping praises on police officers for a job well done, urging them to further intensify their actions against criminals. 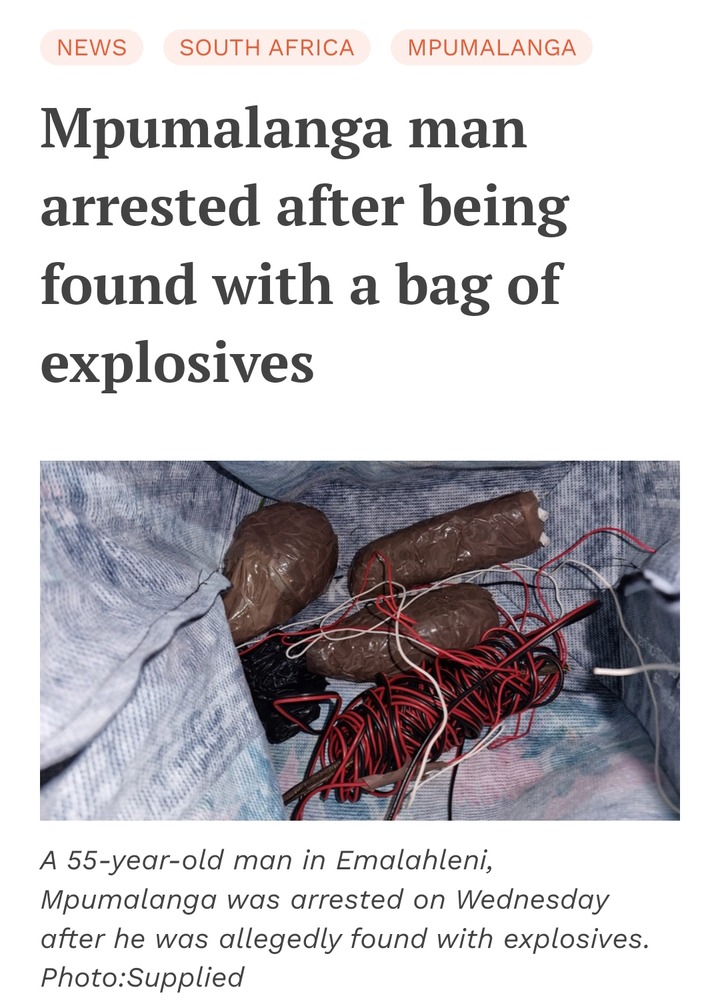 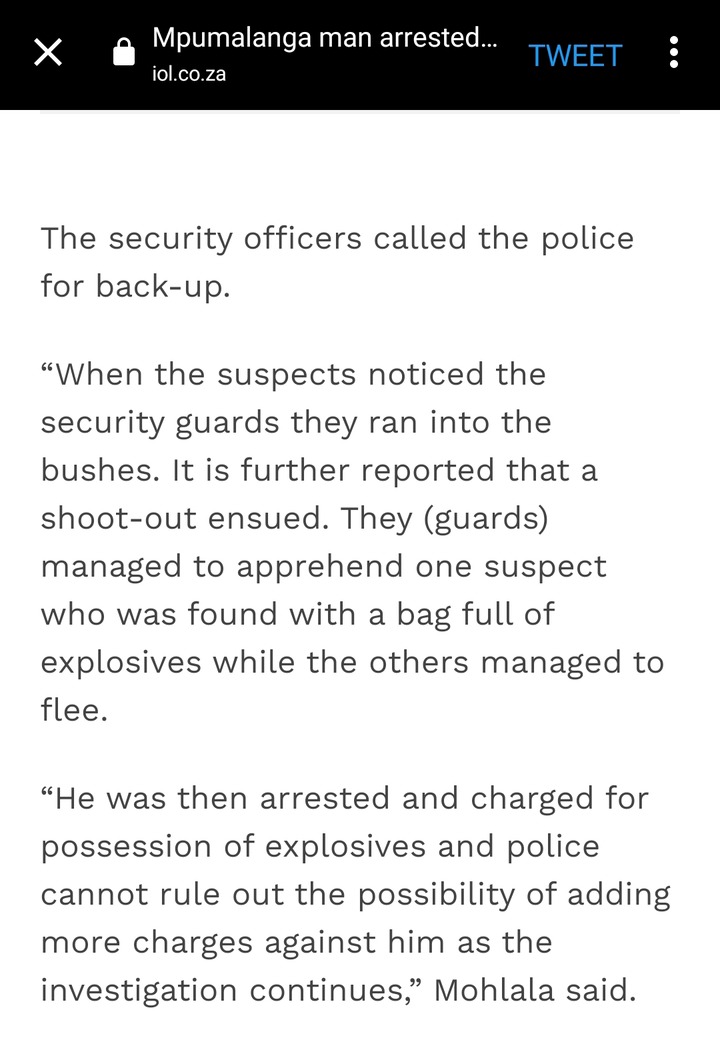 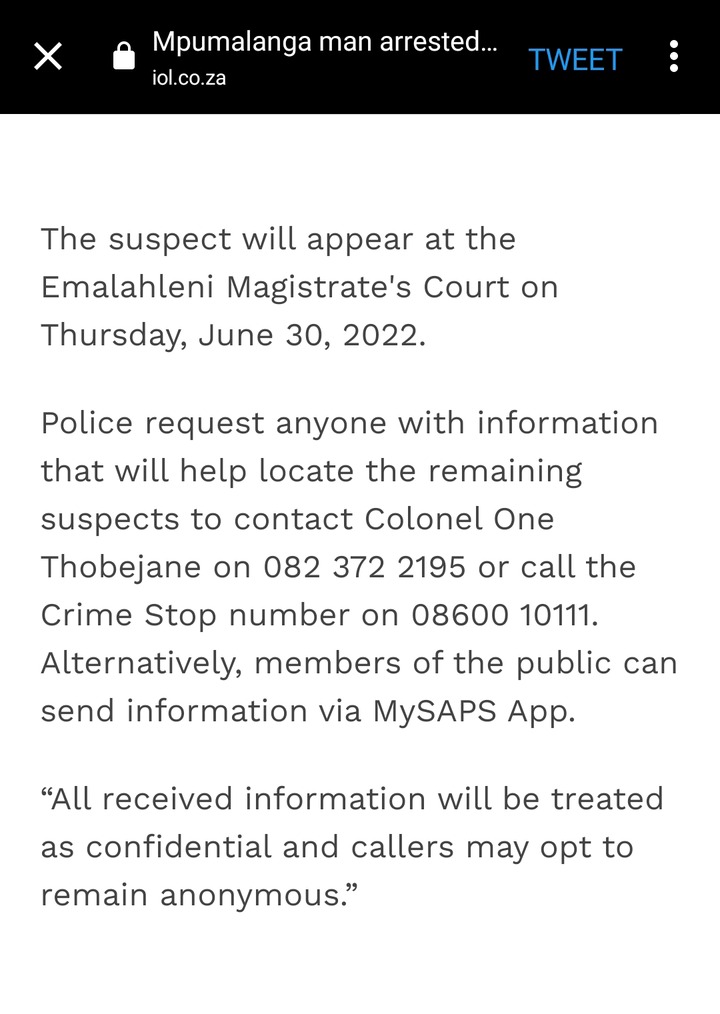 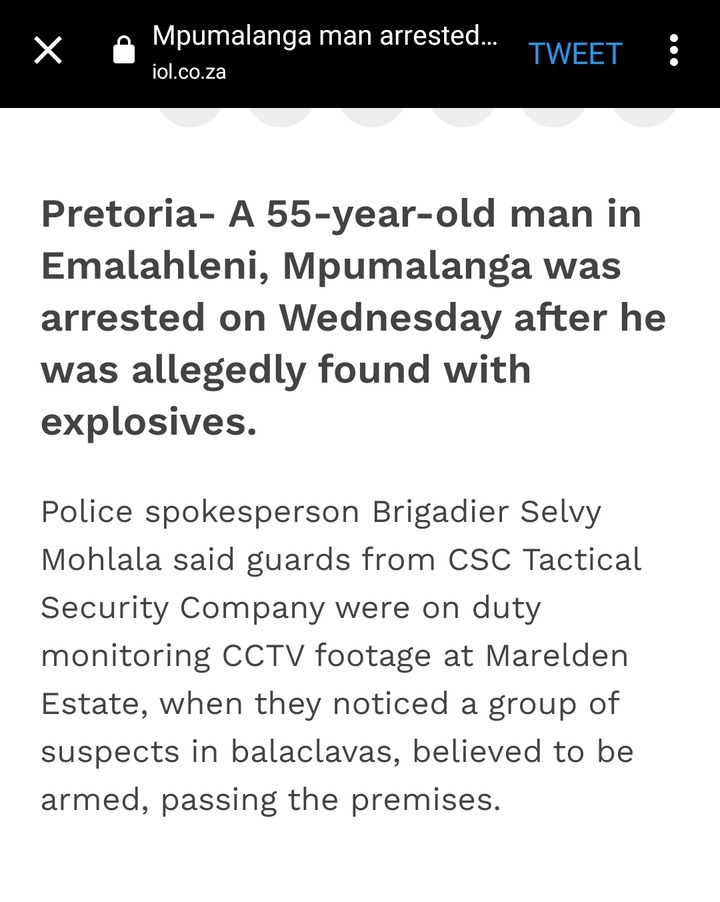 Furthermore, When the suspects noticed the security guards, they ran into the bushes. It is further reported that a shoot-out ensued. They (guards) managed to apprehend one suspect who was found with a bag full of explosives, while the others managed to flee. It should be noted that some of these explosives are usually used to rob Cash-In-Transit vehicles, atm machines and carry out a number of other nefarious activities capable of endangering the lives and properties of the people.

Mohlala said that the suspect promptly arrested and charged for possession of explosives, and police cannot rule out the possibility of adding more charges against him as the investigation continues. He will be appearing in Emalahleni Magistrate's Court on Thursday, June 30, 2022. This is a warning to other criminals out there, that the police are ever ready to combat crime. There is no hiding place for criminals in the country. Bheki Cele has said that the police will go “hard on them”. 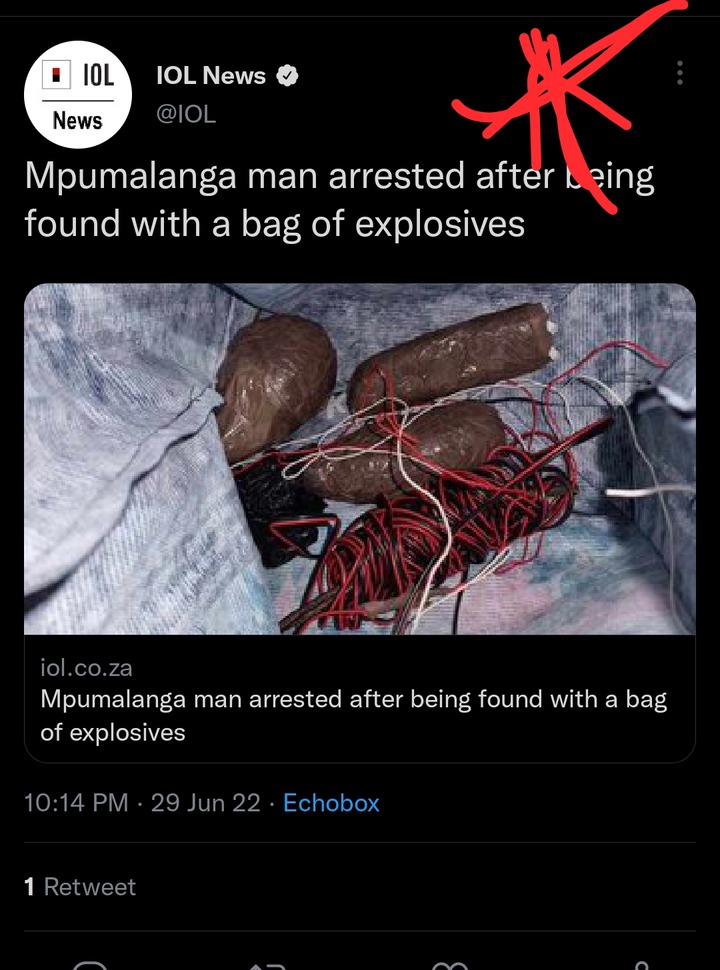 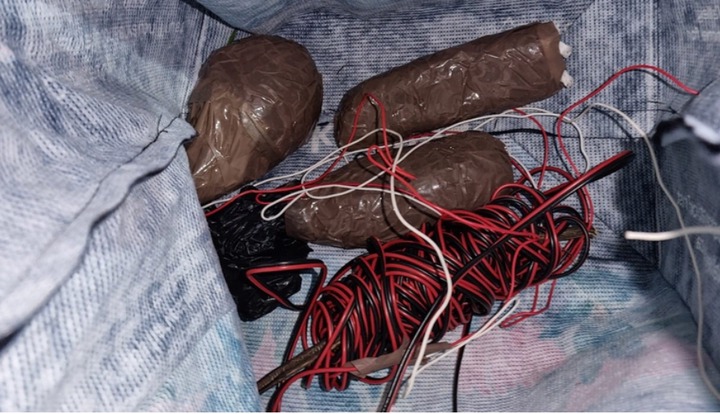