After passing out at a ceremony, a man was buried alive and didn't realize it until he had to go to the bathroom.

The 30-year-old Victor Hugo Mica Alvarez was present at a ceremony honoring the Toba tribe of South America in Bolivia. 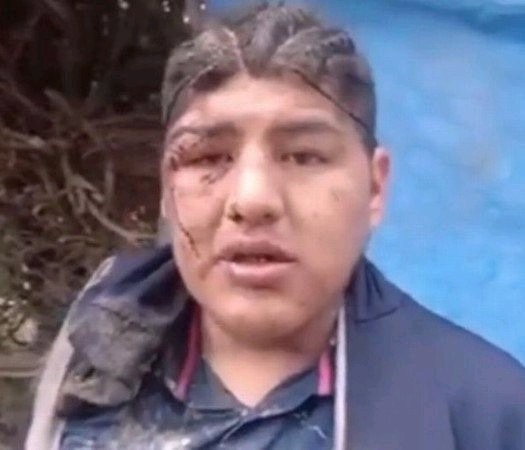 He claims he attended the ritual at a friend's invitation and was ultimately offered as a sacrifice to Pachamamma, or Mother Earth.

He smashed the coffin and dug through the sand to escape after realizing he was in it when he got up in the middle of the night to use the restroom.

He stated to the neighborhood media: 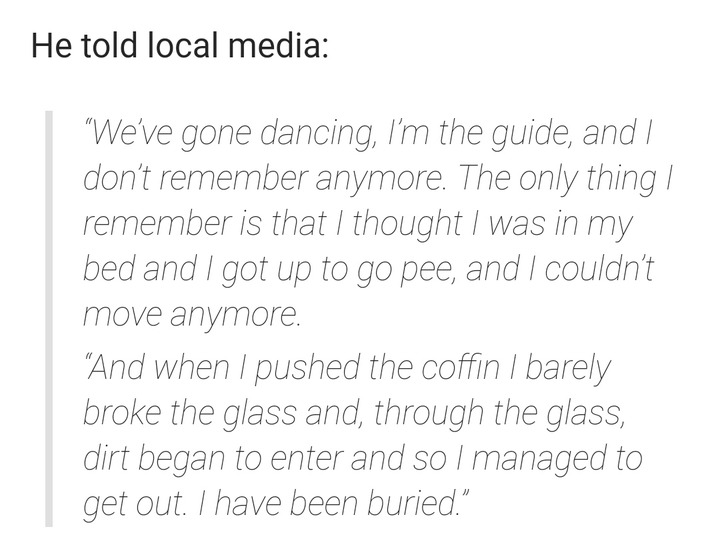 He forced his way out of the casket and begged a bystander for assistance before being taken to a police station.

Man passed out and was then buried alive in a coffin; he only awoke to go to the bathroom.

According to some stories, he was discovered strolling the streets of El Alto, Bolivia's second-largest city. He said that the event took place in Achacachi, a village located close to 80 kilometers north of El Alto on the edge of Lake Titicaca.

Victor Hugo's face and head were covered in cement, according to Lex Magne, who discovered him walking. This suggests that those who sought to sacrifice him may have tried to bury him under cement.

Lvarez's situation was made worse when the police they reported them to instructed him to return after he had calmed down. 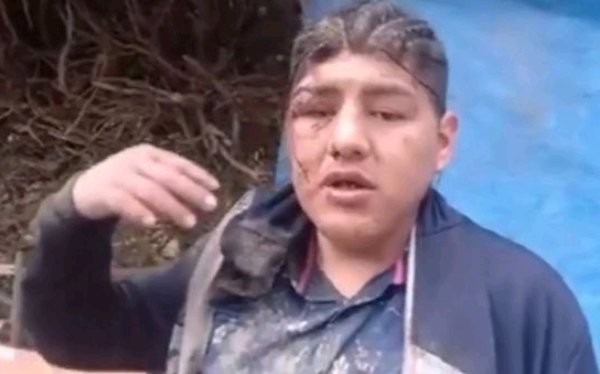 I broke the glass, and my entire hand has been cut," he declared.

The police told me that I am intoxicated, despite the fact that I smashed the glass, wounded my entire hand, and had barely left the house. They assured me, "You're going to arrive in good health."