Life might be difficult for most people but it's a nightmare for a 49-year-old Limpopo mother.

She has told the media how her family cooks, sleeps and bathes.

The Rebecca Sekgobela and her five children live in squalid conditions.

Asked why, the distraught mother said the shack in which she is sleeping was aged and dilapidated and was endangering her family’s life. 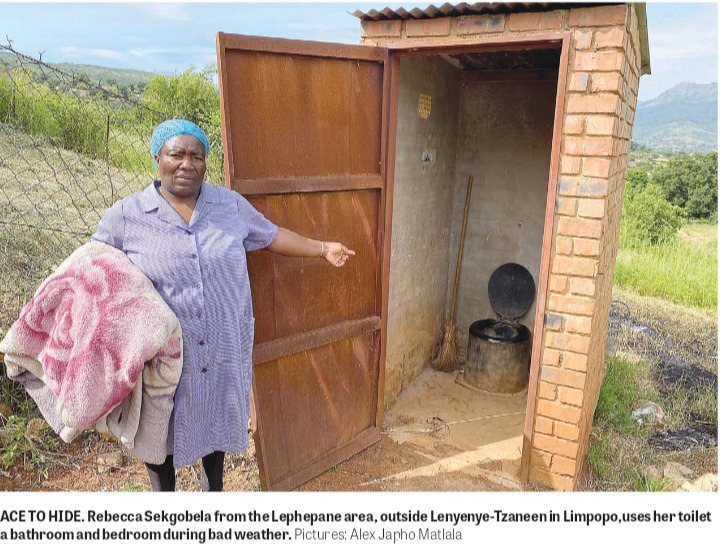 “During the windy and rainy season, we abandon the shack for the toilet. We sleep there until the rains stop. We fear for our lives because the planks are rotten and the shack is shaking violently,” said Sekgobela during a visit this week to her house in Kop Village in the Lephepane area, outside Lenyenye-Tzaneen.

The shack, according to Sekgobela, was built in 2013 with the little money she got from doing errands in the village.

During a visit by The Citizen, it started raining, with light showers. The rain was accompanied by soft wind, with indications that it might blow even harder later in the day.

At the time, Sekgobela was moving clothes and other vitalities in the house to a corner, where it was usually not leaking.

She was also taking school uniforms for her children and blankets to the toilet.

“I am doing this so that if it rains, these blankets will not get wet. If it gets much worse, my last born child and I will sleep in the toilet and my other children will ask for refuge from our neighbours,” she said.

“It has since became a habit for us to live like this because my pleas for a RDP house from the Greater Tzaneen municipality always fell on deaf ears.”

Sekgobela said she applied for an RDP house in 2013, but claims she was baffled that instead of the house, the municipality built her a toilet. 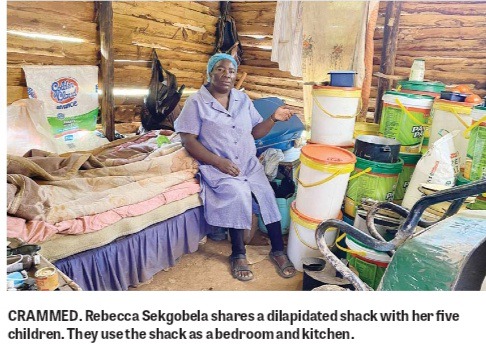 “When I asked why, they gave me the run-around,” she said.

“Out of desperation, I ended up turning the very same toilet into a bedroom and bathroom during rainy days. That is when locals started calling me Ms Toilet because I bath, sleep, sometimes cook and relieve myself in the same toilet.

“I begged for help everywhere, including from the local councillor, Mmasodi Letsoalo, without any success. I even went to Thobela FM and Vision FM asking for intervention but no help seemed to come my way,” she said.

“All we are asking for is a roof over our heads.”

During an interview with Human Settlements Minister Mmamoloko Kubayi-Ngubane and her counterpart MEC in Limpopo, Basikopo Makamu, at Seshego during an assessment of the construction and allocation of RDP houses in Limpopo recently, the two officials said sanitation was a right for everyone.