Man Caught Red Handed While Stealing A Toddler, Here Is What Fully Went Down

By IllumeEnt.RSA (self media writer) | 7 months ago

Most kids who are reported missing have run away or there has been a misunderstanding with their parents about where they were supposed to be. He was caught red-handed stealing a toddler this morning in Ga-Mphahlele village where the premier of Limpopo resides at Dithabaneng Section, He was caught at around about 3 a.m carrying the toddler out of the house.

Our source has disclosed that the community which is responsible for preventing the criminal act to take place has also come and refused to release the man to Lebowakgomo South African Police Service (SAPS) and they had to call back up from Polokwane. Last, around this time of the year, a primary school boy went missing from the same village, the same street which is only 3 houses away from the scene.

The reason for the mob to reject leaving the matter to the police is because they believe the police always avail themselves to protect such criminals and they let them not stay in jail afterwards. But luckily it is wished that the police can at least get answers and be able to trace some of the people who might be involved with this suspect that has been caught.

Photo of a suspect who was caught by the mob: 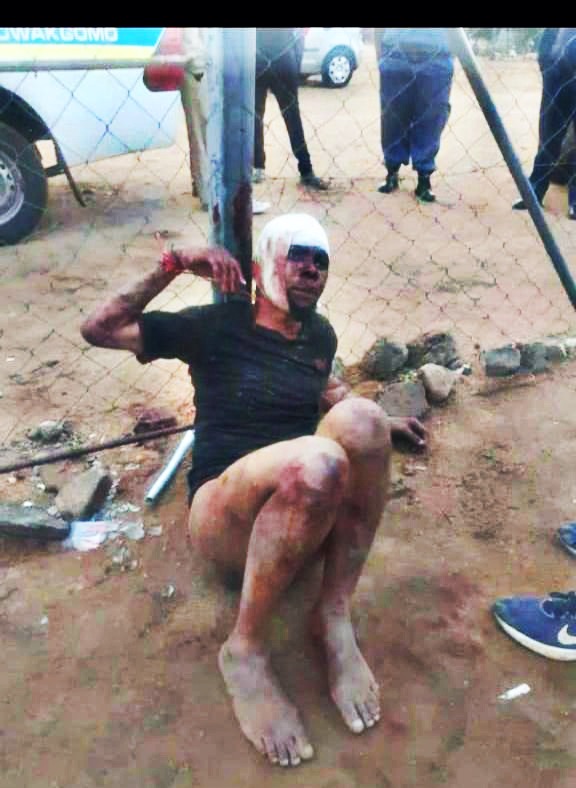