The Walter Sisulu University (WSU) student accused of stealing R14 million in NSFAS funds maintained her innocence, despite admitting to the court that she spent R820,000 in 73 days at 48 merchants after discovering the error.

Sibongile Mani is charged with theft for allegedly misusing funds credited to her student account on 1 June 2017. 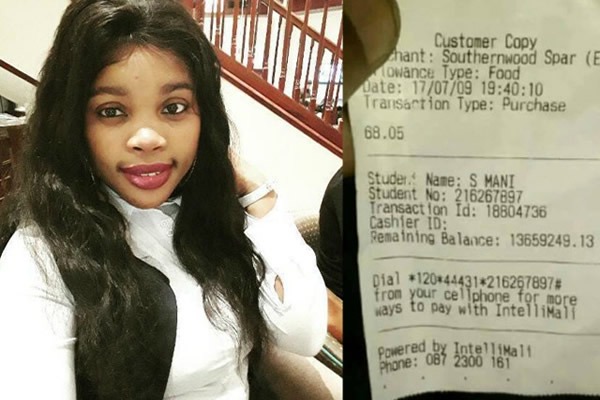 The then-accounting student was due to receive her monthly R1 400 food allowance, but R14 million was credited to her account as a result of what the court described as a "ridiculous and absurd technical glitch."

According to the State, Mani failed to report the error and went on a spending spree.

According to the State, she spent an average of R11 000 per day between 1 June, when the funds arrived in her account, and 13 August, when NSFAS discovered the error.

The funds were transferred by Intellimali, a Cape Town-based company contracted by WSU to disburse funds to its students.

On Tuesday, advocate Luthando Makoyi, the State prosecutor in the four-year trial, stated that Mani had admitted to numerous charges.

Makoyi told the magistrate, Twanet Olivier, during closing arguments that Mani admitted spending the money at 48 merchants in the Eastern Cape, Johannesburg, and Pretoria.

Makoyi added that Mani should face theft charges, stating that she was aware the money was not hers but spent it.

He informed Olivier that Mani admitted her student card was eventually suspended following the discovery of the error.