Munkaila Ado, 27, has been detained for the suspected murder of 13-year-old Safiya Danladi in the Pali community of the Alkaleri local government area of Bauchi State.

LEADERSHIP learned that Safiya was four months pregnant when she passed away for her partner Munkaila.

LEADERSHIP learned that Munkaila was adamant about having the pregnancy terminated; as a result, Safiya was covertly transported to Gombe State for the procedure.

After an unsuccessful attempt to get the four-month-old pregnancy terminated in the neighboring Gombe State, Munkaila decided to kill his sweetheart.

However, according to a statement from SP Ahmed Mohammed Wakil, the public relations officer for the Bauchi State Police, "the suspect (Munkaila) admitted that the missing female was his girlfriend, who was four months pregnant and knew it, according to her mother, but not Alhaji Danladi Mohammed."

The police spokesperson continued by saying that Munkaila, the 13-year-old girl's mother, and an additional accomplice by the name of Mu'azu "took the victim to Gombe to procure an abortion, thereafter on reaching Gombe the victim was led to one Hajiya Amina Abubakar'f' 50-year-old house in Jekada Fari behind Specialist Hospital Gombe where the victim was administered with some substances to cause the abortion."

He said Munkaila and Muazu strangled Safiya to death as they were traveling back to their house in Bauchi State. After that, they burned her body and buried her in a little cemetery. 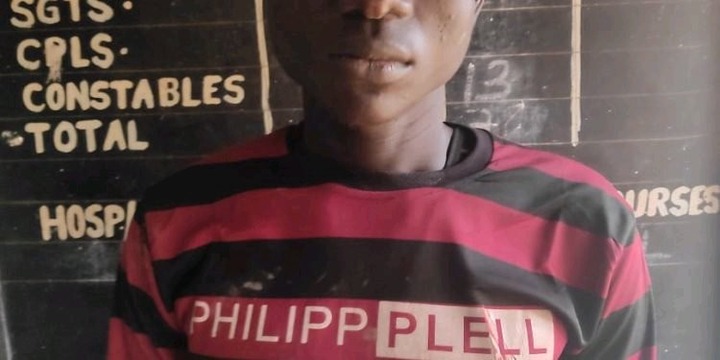 According to SP Wakil, the two will face a two-count accusation of criminal conspiracy and culpable homicide as well as a violation of the girl-human child's rights and dignity in court.