WATCH: SAPS Officer Leaves Mzansi Speechless For Running Away From Thugs While Carrying A Gun 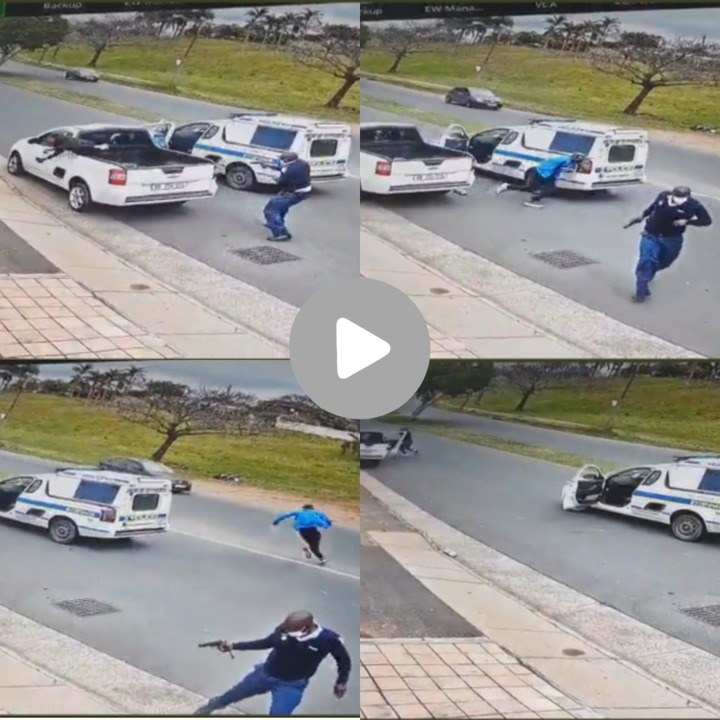 The footage is showing an incident where police officers have come across perpetrators of crime who were riding at the back of a bakkie, and it seems like they were going to perpetrate a robbery and the police happened to stop right on the side of their vehicles. Then as one of the officers stepped out of the vehicle in order to search the suspects, it seems like one of the suspects who was inside the vehicle drew out his pistol and tried to shoot the officer.

So the officer then proceeded to draw out a pistol and then tried to shoot the suspects who were panicking, and all of them had to jump out of the vehicle and run on foot. While the officer was also running in the opposite direction because, he was not sure who was aiming at him and how many of the suspects were armed. 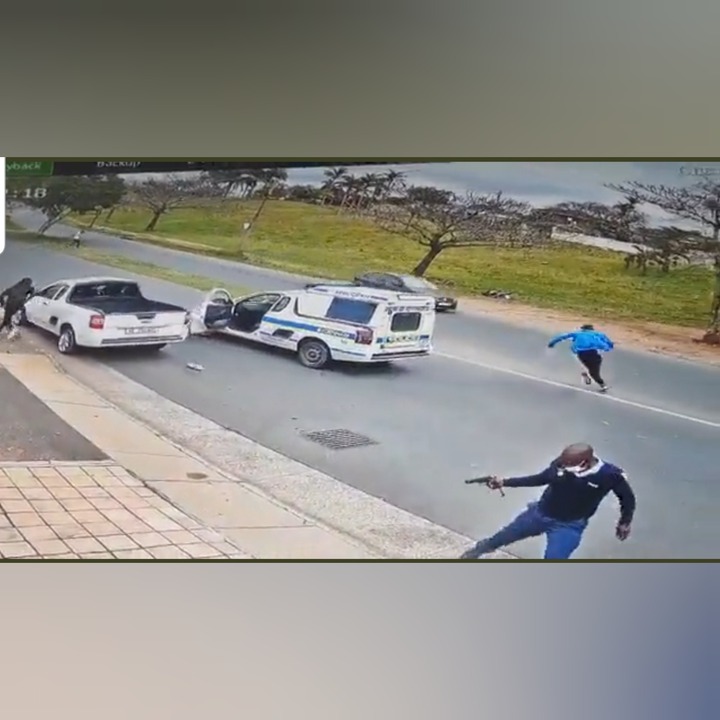 They did not care about the potential consequences that might follow and this is the problem we are facing as a country, where our law enforcers are always getting killed in the line of duty because criminals are are reckless and they will shoot without asking.