Soldiers, police deployed after the removal of King Mswati's pictures Soldiers and the police

By HomeAway (self media writer) | 17 days ago

Soldiers, police deployed after the removal of King Mswati's pictures

Soldiers and the police were deployed at the Southern African Nazarene University(SANU) after the removal of King Mswati’s pictures from the walls. 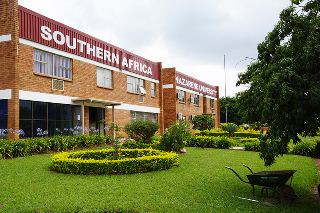 This comes after the Management at SANU removed Mswati’s portraits from the walls after Students Union President Colani Maseko issued a warning that the youth no longer recognized him as the King.

Reached for comments on Tuesday, the Students Union President confirmed that soldiers arrived at the University with a car registered S273.

“We can confirm that an army car arrived at the University today(Tuesday) after the removal of the King’s pictures yesterday”, said the Students Union President.

Questions were sent to Army Spokesperson Lieutenant Tengetile Khumalo, however, she had not responded at the time of compiling this report.

King Mswati is facing pressure from the citizens including the youth to surrender power, students in the various Universities resolved that his pictures must be removed from the walls while the country awaits a democratically elected President.

King Mswati is the only king that is governing the country of Swaziland, people suffer from poverty those who are working earns peanuts. Only his relatives gey better jobs with better salaries.

Historical Facts That You Don't Know