By Real_Gist-Don (self media writer) | 5 months ago

A 13-year-old girl who had sneaked out of her house to see a boy she had met online is saved by Lady, who tells her story. 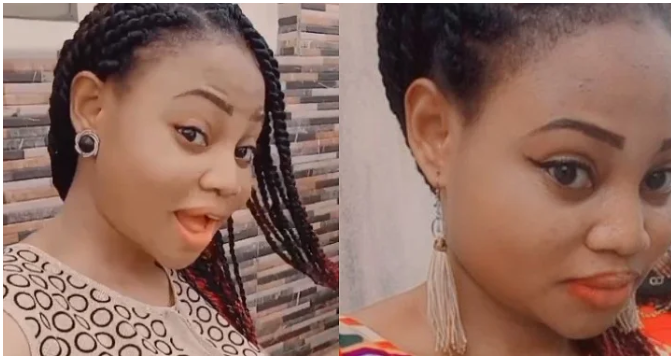 Ani berny, a Twitter user who goes by the handle Ani berny, has recounted how she saved a 13-year-old girl who had sneaked out of her family's home to meet a stranger she had met on Facebook.

Ani stated that she shared the story on Twitter.

"Yesterday, a little girl, barely 14 years old and frail, boarded the bus. She snuck out of the house after her deposition to go on a blind date with someone she met through social media (this info she later told me).

She innocently inquired as to where Olusosun was, and since we were already there, I consented to show her. I then proceeded to mind my own own till her phone rang, and she was informing Bros that she would be there at the movie very...

Where is the nearest cinema to me? Olusosun ke, olusosun ke I was triggered to tell her that we were both stopping at the same location since I sensed her nervousness with childlike joy. Oga stated that he was waiting at the bus stop.

Then I observed a black Benz with shabby-looking males watching suspiciously at us from the side of the road. Her phone rang again, and he instructed her to stop talking to strangers, get on her bike, and ride to xyz address. She glanced at me and said, "I can get away from here, I know where I'm going."

The counseling mode has been activated. She chuckled as I handed her a small piece of change and my business card, telling her not to do anything that her parents would disapprove of. "You are loved, there is time for everything, and you are so pretty," I told her as we hugged, and she chuckled as I handed her the money and my business card. I stood there and watched her take her turn.

After a few meters, she looked back with trepidation, and I noticed that the car had driven away, so I hurriedly stopped her before she could climb the bike, and I inquired as to who she was going to visit... "I'm sorry, mum, but I'm not able to tell you."

Me "Well, there isn't a movie over here," the biker remarked, joining his mouth and nodding. Finally, we reached the bus stop and she stated that it was a Facebook buddy, who claimed to be 17 years old. However, the agbaya I saw was almost 30 years old.

After each explanation, I shared a personal anecdote with the audience. According on what we know about him, he may be a ritualist, rapist, or kidnapper. We discussed blocking all contacts and informing her parents of her plans for wherever she was going.

The first red sign was her parents' complete lack of knowledge. First and foremost, she does not require dates with strangers at such a young age; she was even 13 at the time of my interrogation. ICM is hosting a great cinematic outing this week," she says.

Limpopo:Thohoyandou Has Become A No Go Area After The University Of Venda Student Are Striking See