9 cops nailed for murder, this is what has happened to them

In a matter of minutes, one can be turned from a hero to a villain in South Africa. In most cases, this happens when one will be abusing the office they hold and overnight they are turned into being a nobody. 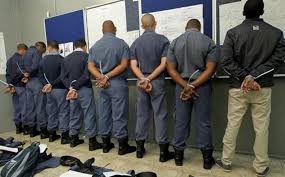 This is what happened to a team of police officers from the KwaZulu-Natal Province. The arms of the law have no respect of one's office they hold in the country but everything is set to face justice.

In a report which was published by SAfm News on the 28th of September 2021 police officers found themselves in the dock with judges and prosecutors tormenting them. Nine members of the South African Police Services made an appearance in court following the death of a suspect who was in police custody.

The Independent Police Investigative Directorate IPID spearheaded the investigations for the role of the members in this mysterious incident. Criminals in South Africa also have rights which those who look after them or apprehend the must respect. They cannot be killed like rats or abused while they are in police custody.

Upon the appearance of the nine police officers in court, the jury decided to be lenient on them as further investigations are being carried out. The police officers made an application for bail which was granted to them.

The Durban Regional Court granted each of the nine police officers a R3,000 bail and investigations are set to continue. The detectives who are carrying out the investigations of this case want to make sure that no stone is left unturned. 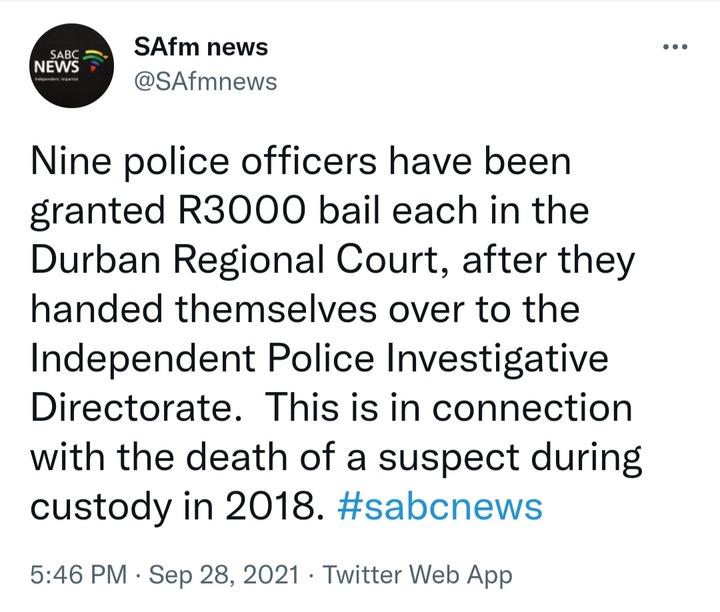 The families of the deceased suspect who lost his life while in police custody on the other hand are demanding justice to be served. This incident clearly show that members of the police department cannot live above the law in South Africa.