Saapa Encourage Bp To RE-EXAMINE ITS DECISION TO SELL ALCOHOL AT FUEL STATIONS.

By ASHRAFXOLANI (self media writer) | 4 months ago

On Wednesday, Saapa delivered a memorandum to the petroleum company, urging them to abandon plans to sell alcohol at gas stations.A grocer's license was awarded to BP and Pick n Pay Express in June, allowing them to sell wine in Joburg. The organization stated that forecourt stores at three more BP petrol stations in Gauteng and two in the Western Cape had submitted applications.

According to Saapa, the decision to sell alcohol at gas stations will encourage people to drink and drive.According to the organization, the country already has one of the highest rates of car crashes in the world, with 58 percent of them being caused by alcohol.

According to Director Maurice Smithers, selling alcohol from gas stations could boost the number of outlets by up to 5,000 if all gas stations applied for a liquor license.

“We have also approached provincial governments, which are the custodians of liquor licenses in the country, demanding a freeze on giving liquor licenses to gas stations, at least until the national government passes the liquor Amendment Bill,” he said.Saapa, he added, was urging BP to recognize and comprehend the possible problems that could arise from selling alcohol at gas stations, and to act in the public interest, development, and public health. 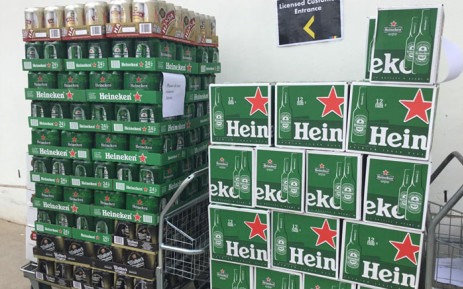 Content created and supplied by: ASHRAFXOLANI (via Opera News )