For several Chinese nationals who sadly lost their lives in Zimbabwe, the news was not encouraging. Mazowe was the site of the disaster, which occurred after some gas tanks erupted at a nearby mining facility.

According to reports, six Chinese nationals perished in the attack, with the seventh casualty being a Zimbabwean national.. The identities of those who died were not revealed, and the circumstances surrounding the explosion of the gas cylinders were also not revealed. 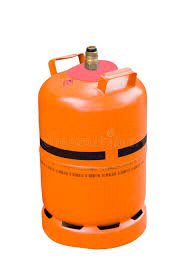 According to reports, the occurrence has been confirmed by the police, who are currently examining the circumstances surrounding the explosion. Gas energy is dependable and efficient, but it can be lethal if the correct safety protocols are not followed at all times.

The possibility of an explosion increases if, for example, an unattended gas cylinder leaks unobserved and there is even a single spark of fire. A significant possibility exists that this was the result of a mistake on the part of the crew.

It is possible that the person in charge of the gas cylinders at the mine is to blame for the disaster. Despite the fact that it is not clear what exactly occurred, it is possible that human error played a significant role in this explosion.

Another possibility that should not be neglected by the investigators is that the children were playing with fire near the gas cylinders.

It is possible to cause an explosion or fire by just smoking while in close proximity to a leaky gas line, as in the following example: Because no one can relate the story of a dead man, it will be difficult to ascertain the actual cause of the explosion and its consequences.