Drug dealer fights off cop leaving him wounded in Gauteng

By AfricanChannelNews (self media writer) | 16 days ago

On Wednesday the 6th of October 2021, a member of the Johannesburg Municipal Police Department ended up in hospital after he faced one tough drug dealer. In an incident which happened in the Gauteng Province, the dealer showed the officers that he is not a push over and apprehending him is not child's play. 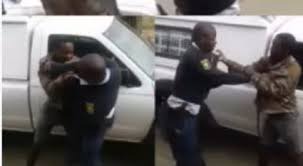 Residents who were on the scene were given free entertainment as those who love combat sports were given a free treat. What however pleased the nation is that one of the criminals who is bringing so much pain and suffering in communities was finally arrested.

Drug dealers do not contribute anything positive to communities. They are often blamed for intoxicating criminals who go on to rob and terrorise residents. On the other hand, the youthful generation is being enticed to follow the same route. This has made the situation in our communities unbearable.

In areas where drug dealing is rampant, rate of crime is often high. Law enforcement agents are being kept at their toes as they need to deal with the drug dealing syndrome before things get out of hand. In today's incident, an alert member of the JMPD who was in company of his colleagues managed to arrest one suspect. The JMPD officers who were carrying out their routine crime prevention duties in Braamfontein took down one suspect who was allegedly dealing in dagga.

Many were left surprised with the attitude of the suspect as he was acting as if he lives above the law and was resisting arrest. Officers spotted the suspect and another male who is believed to be a client exchanging an item. The officers approached them and that is when the suspected dealer got violent.

He was apprehended and during his arrest, a fight ensued where officer EM Lebepe sustained injuries. The JMPD and member of the public were sending the wounded officer messages wishing him a speedy recovery. 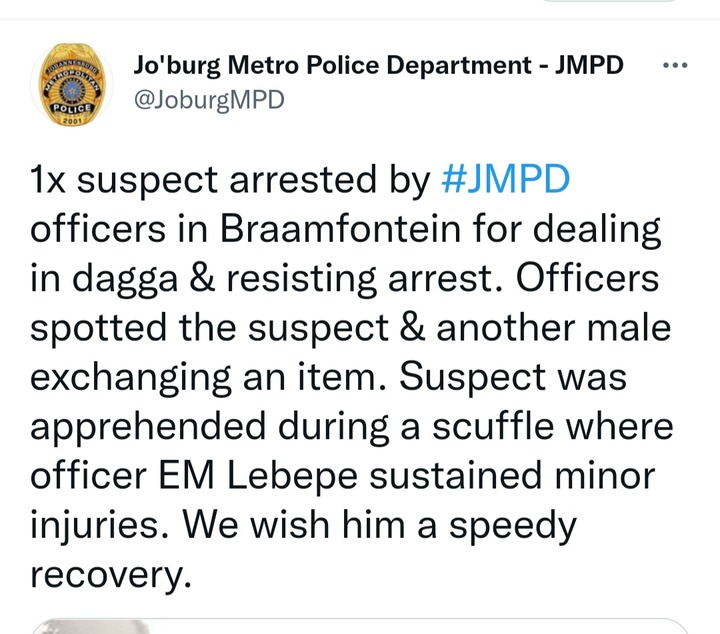 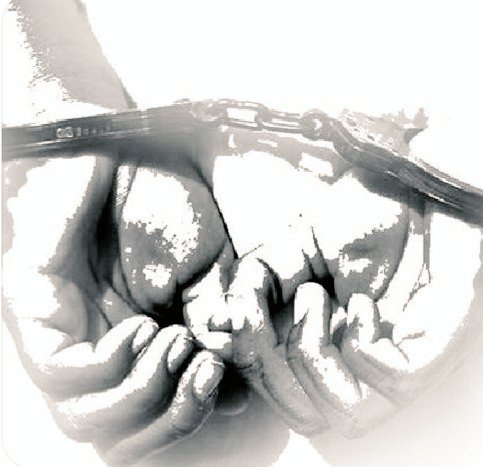 The suspect is currently in police custody and he is expected to make an appearance in court soon. No mention was made of the suspects nationality.