Sad: See what Bheki Cele did when he visited the morgue where the Enyobeni dead were stored.

Bheki Cele, minister of police, has arrived in the Eastern Cape. Upon his arrival, Cele had a hard time keeping it together outside the East London Mortuary, where the 20 young people who had died in the EnyobeniTavern had been brought. Bheki Cele lost it in front of everyone and began crying. The awful events that took place in that bar leave us with no choice but to feel sympathy for him. Everyone who has children has been deeply affected by what happened. The sad situation has left Bheki Cele feeling helpless and defeated. The Minister's tears disprove the widespread belief that he is incompetent and uninterested in national affairs. 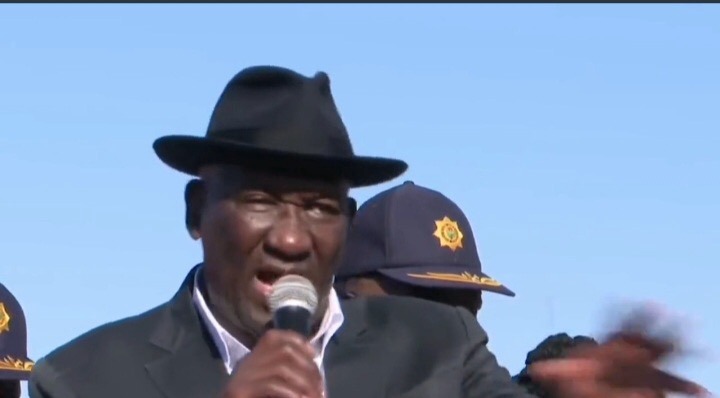 You can see a video of Bheki Cele's tears here. 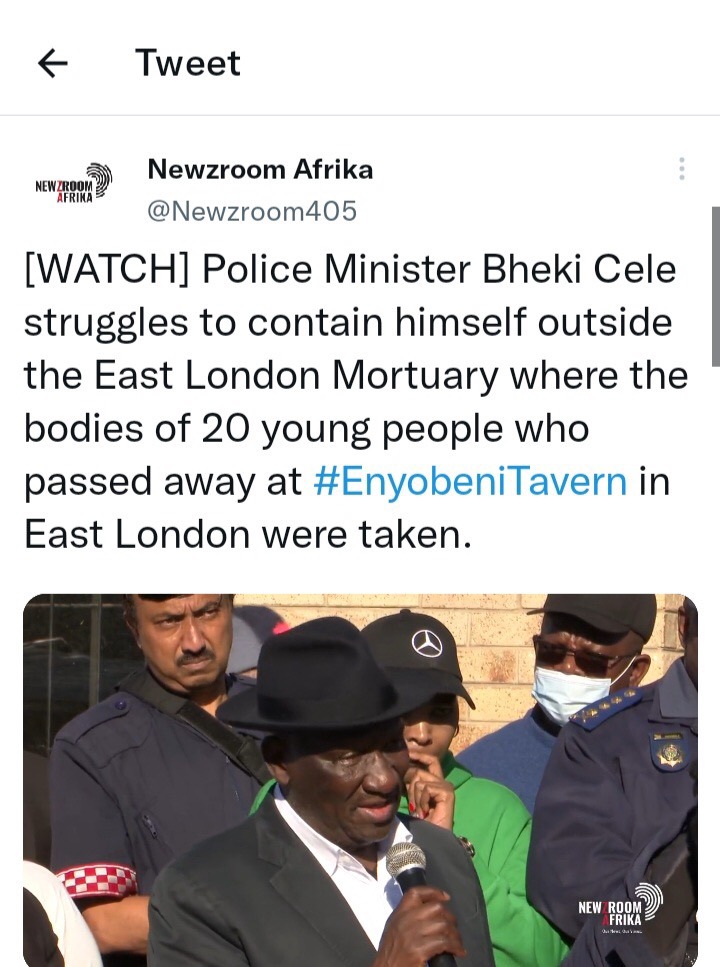 Bheki Cele sobbed hysterically in the morgue, as depicted in the image.

On Sunday, Bheki Cele did not hold back when he lashed out at the residents of Scenery Park, East London, following the early morning deaths of 20 young people at the Enyobeni tavern. Bheki Cele, addressing the grieving community, placed the blame for the tragedy squarely on the shoulders of the parents. How can you, as a parent, approach Ned if you don't know the whereabouts of your 13-year-old child?, Cele asked. I know what I said may upset you, but I didn't come here to tell you what you want to hear, Cele said. Cele said he lives in Cape Town with his son, who is a college student there. Cele said, "He came back after 11pm on Friday night, and I sat him down and told him you don't return home after 11pm." Cele went on to say that every parent had the obligation to raise their children. 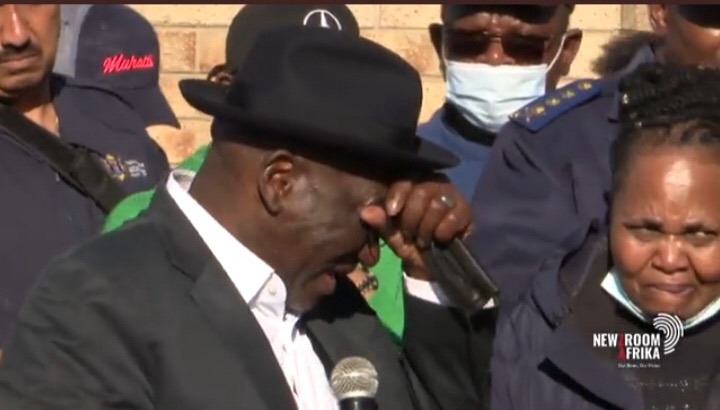 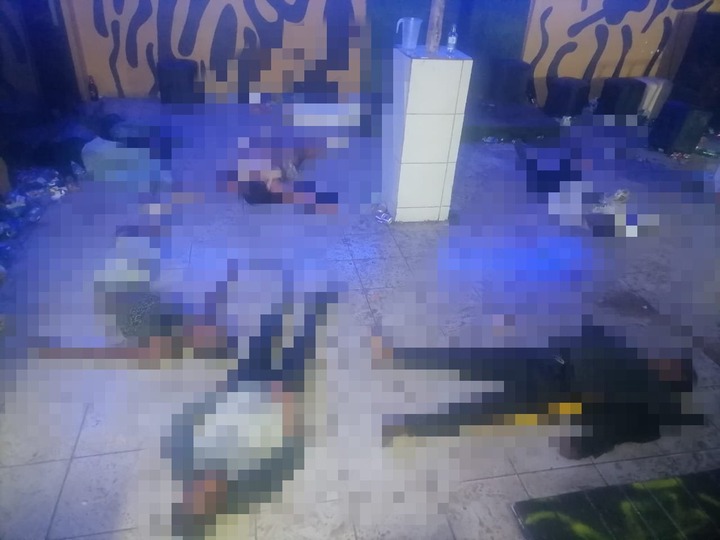 The East London bar Enyobeni should be shut down permanently, and its proprietor taken into custody on charges of recklessness. After the occurrence, many South Africans are saying this. Oscar Mabuyane, premier of the Eastern Cape, said 17 people were killed in the Scenery Park bar. There were three more deaths at the hospital. A community list indicates that 35 persons have gone missing.

Shock and dismay for the bar's owner

The bar owner is reportedly too distraught to discuss what took place at his establishment. How did the proprietor tolerate such juveniles in his establishment? He needs to address some questions about his reckless behavior.

Clearly, this is a tragic event. It's easier to point the finger at someone else than at ourselves. The parents will hold the bar owner responsible, but the proprietor will place the blame on the customers. Society as a whole may place blame on the government for a teen's lack of responsibility (such as staying out late) but individuals rarely take responsibility for their own actions. So, who exactly do you hold responsible? Give us your feedback.