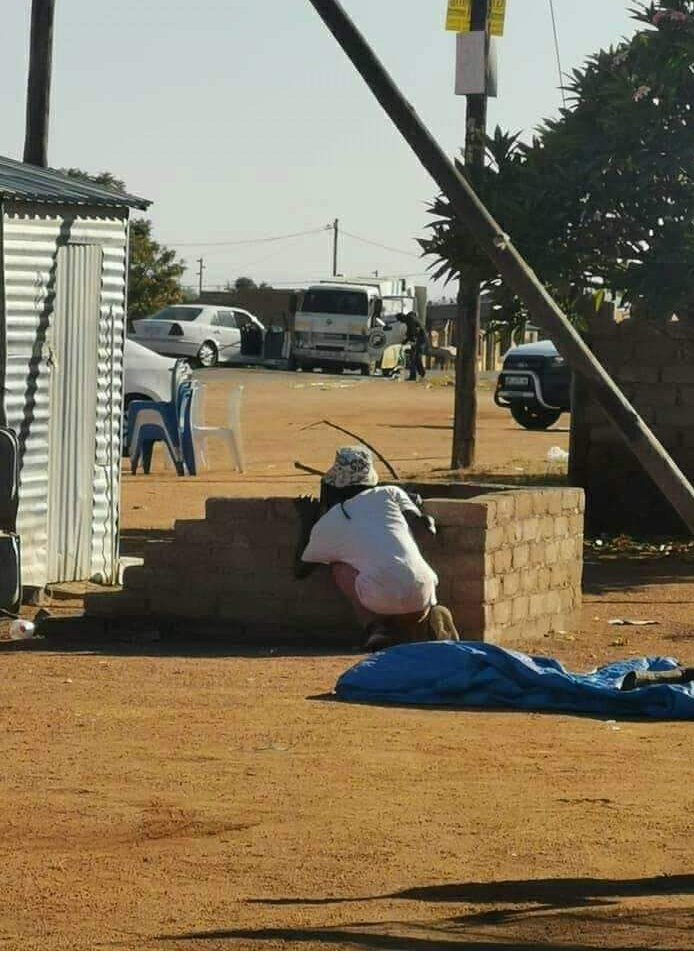 While the Country is on the spike of Cash-in-transit heist robberies, a village like Maboloka near Letlhabile in Brits you will never suspect a thing.

Like any other day around 8h00am a cash truck transported money to a local Atm that is situated at a garage and when it was about to transport to another section (KL) two cars approached it, and this happened just a day before the elderly can get their Sassa money.

10 suspects who were using two vehicles, green Ford Ranger an a Grey Mercedes-Benz which their registration numbers were not seen hit the truck head on and started shooting and bombing the truck the used mining explosives.

The Community members of KL Section who were scared were hiding and those who were brave enough were picking up money and shooting videos.

Suspects managed to flee the scene with undisclosed amount of money.

No one was reported injured or arrested. 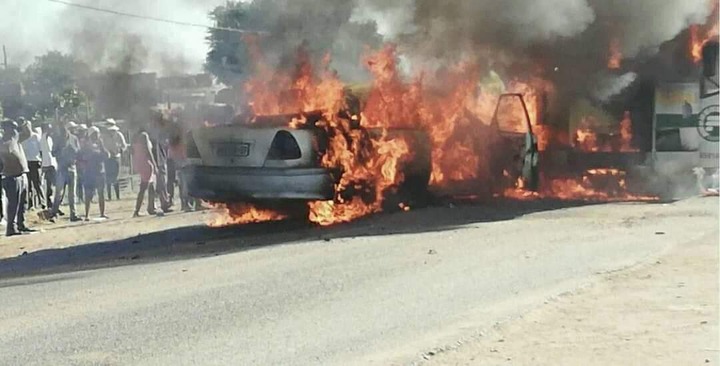