The Independent Police Investigative Directorate (Ipid), a police watchdog, said on Saturday that the 39-year-old Northern Cape police sergeant who allegedly committed suicide by shooting himself with his service pistol and fatally shot his wife three times. 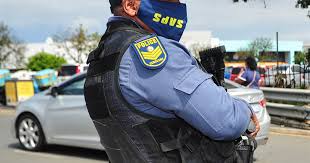 The officer also shot a 24-year-old man who was at the scene with his 32-year-old wife, raising the possibility of a love triangle.

According to Ipid national spokesperson Grace Langa, the alleged love affair could not be officially confirmed without the involvement of the concerned families.

"On (Saturday) around 8 a.m., the Ipid members in charge of the Springbok policing precinct received a phone call reporting a murder and attempted murder in Springbok." They went to the crime scene and arrived in Springbok at 12 p.m.," Langa said.

"At around 6.05 a.m., a complainant reported to the police that a member of POPS (public order police) Springbok shot and killed his wife and injured another male person who was with the deceased." According to Langa, the 32-year-old woman was shot three times. 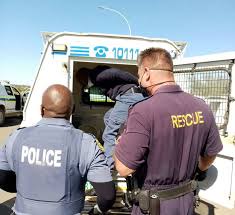 "She had one entry wound on her back right shoulder and two gunshot wounds on her right hip and underneath her right arm." "She was declared dead at the scene," Langa said.

"The second victim is a black 24-year-old man. He had one entry and one exit wound on the side of his head after being shot in the head. His health is in critical condition. He was treated at Springbok Hospital before being transferred to Upington Hospital." Langa stated that the suspect is the deceased Springbok police sergeant. 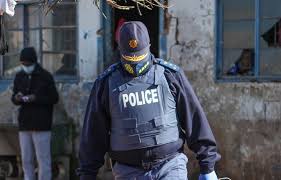 "After the alleged incident, Sergeant Hoffmann fled the scene and was later found on Carolusberg Road, where he allegedly committed suicide in his car by shooting himself with his service pistol," Langa said.

She stated that the deceased cop had one gunshot wound under his chin and one exit wound on his head. He was pronounced dead at the scene. Langa stated that Ipid investigators have three cartridge cases and three projectiles from the shootings of the wife and the 24-year-old man.

Inside the car where the officer died, a single cartridge case was discovered.

According to Langa, the deceased police officer was discovered with his wife's cellphone.

"At this time, the motive is unknown and will be revealed only after the family has been interviewed," Langa said.