I Made a Mistake and Sent the Money to the Wrong Person: A Woman Tells Her Story of Being Mistakenly Imprisoned for Years 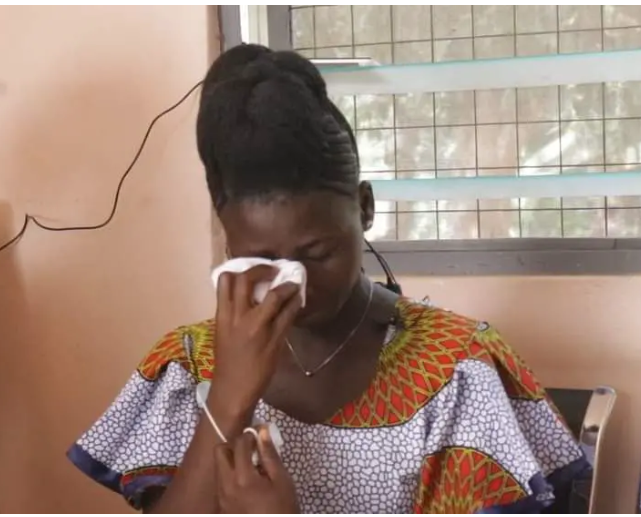 A woman who has recently been released from prison has detailed the events that took place before she was imprisoned without mercy.

MTN confirms that the money has been withdrawn by the intended recipient. All attempts to contact him have been fruitless, as he has refused to answer his phone calls.

A teary Gifty agrees with her impoverished parents to make a monthly payment of 1000 cedis to her boss. Her employer concurs with her. She pays the police the correct amount every month for four months, but she only pays 800 cedis on the fifth month, which is the last payment.

She claims that her supervisor grows enraged and orders her arrest. She claims she was unable to tell the judge she was paying the money because she was too overwhelmed by the experience of being in court for the first time.

He sentences her to two and a half years in prison and orders her to reimburse the complaint for whatever monies she has received during her time in prison.

Gifty was released from prison yesterday after completing her sentence. Despite the fact that she enrolled in the University of Central Florida's distance education for undergraduates while in prison, she still had tears streaming down her face after being released.

Is she deserving of her sentence, or is there a possibility that there was some sort of miscarriage of justice?

Modified Cars That Prove Some People Don't Have Taste

Lesiba Mothupi did it again, Here's what his done now

Does the Bible Prohibit Sexual Pleasure? Find out below;