The Road Traffic Infringement Agency (RTIA) developed and communicated the new driving rules on October 1, 2021. In a nutshell, it will all boil down to closely monitored driving behavior.

The project began on a smaller scale with phase 1 in July 2021, before RTIA confirmed enough progress had been made to begin a national rollout of the system called phase 2 on Friday, October 1.

The system is known as the Administrative Adjudication of Road Traffic Offenses (Aarto). When drivers and fleet operators are found guilty, they will lose performance points. Licenses, professional driving permits, and operator cards may be suspended or canceled as punishments.

“The demerit point system will provide a simple and objective mechanism for identifying habitual infringers so that the appropriate penalties can be imposed,” said Transport Minister Joe Maswanganyi. 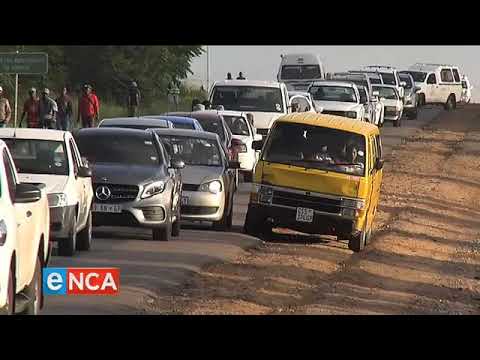 THE AARTO'S FIRST AND SECOND PHASES

According to the RTIA, Phase 1 of the Aarto, which ran from July to September 2021, saw the RTIA expand its national footprint by launching seven service outlets and digital services such as the Aarto website and the Aarto mobile application. Then there's Phase 2 to look forward to. Phase 2 will take place between October and December 2021, with the Aarto system going live in 67 local and metropolitan municipalities.

“From July to September 2021, the RTIA increased its national footprint by implementing seven (7) AARTO service outlets and online services such as the AARTO website, as well as the deployment of the AARTO mobile application,” the RTIA stated.

“Phase 2 will see the proclamation of the AARTO Act 46, of 1998, as amended in 67 Local and Metropolitan Municipal Areas coming online with the AARTO process between October and December 2021.

“This is accompanied by the establishment of an independent Appeals Tribunal and the implementation of electronic document service. As the preparations for the full-scale national rollout intensify, all implementation partners in the AARTO value chain are on board.”