Two males were shot and murdered in the Langa blood zone.

By Mvelase (self media writer) | 23 days ago

Cape Town - Two weeks after three individuals were shot and murdered in Langa, two men were shot and killed in the same neighborhood this week. According to police spokesperson Wesley Twigg, Langa police were summoned to the crime site early Monday and discovered the victims with gunshot wounds. They were declared dead at the spot."The circumstances surrounding a shooting incident this morning on Tony Yengeni Street, Langa, at about 12.05 a.m., when two adults men were shot and gravely injured, are under investigation," Twigg said.

According to Langa Community Policing Forum (CPF) president Sindile Moya, the CPF had contacted the police and sought increased police visibility. He also stated that they were working with other partners to organize more neighborhood watches to help the Langa Safety Patrol."We are pleading with locals to come forward and report these instances." This will aid the authorities in ensuring that the criminals are apprehended and the firearms are confiscated. As a consequence, we may all live in a safe neighborhood.

"We may have all the neighborhood watches we need, but if it is not possible to stay watchful throughout the night when things come up suddenly," he warned. According to newly elected Ward 51 councillor Thembelani Nyamakazi, gun violence in the region is becoming a source of concern."We have noticed an increase in the usage of firearms, particularly in my area, where the majority of individuals have died as a result of being shot." We have had a significant number of persons shot this year, which has produced a tense living atmosphere because the citizens in the neighborhoods are now living in terror, not knowing who would be the next person to be shot.

"We believe that the majority of these firearms are illegal, and they end up in the hands of criminals. We need police to reclaim their authority and guarantee that all firearms are removed from neighborhoods. "However, crime combating requires a collaborative effort of all stakeholders, including the community, by ensuring that such events are reported to the police," he added. Nyamakazi stated that his first aim was to create youth development programs that would prevent young people from becoming involved in criminal activity. Anyone with information may call Crime Stoppers anonymously on 08600 10111 or use the MySAPSApp. 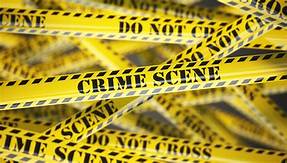 OPINION | Brandon Truter Has Ended His Quietness On His Terminating By The Dude Birds.