A Nigerian lady through a Twitter space revealed that the reason most South African men are constantly against foreigners is because they are lazy and refuse to be useful. She said that this trend is common to South African men and when they see other foreigners who are working progressing, they become bitter. The lady seems to be speaking from the United States, where she said many Nigerians are schooling. Addressing the issue further, she said that the fact that South Africans are lazy is not limited to her alone, saying that it is written all over the internet by different people from different countries including independent surveys. Again, she added that this is the reason employers prefer employing hard-working foreigners and immigrants instead of South Africans. She spoke at length advising that they must begin to change their mentality, perhaps by travelling out to school in other places. 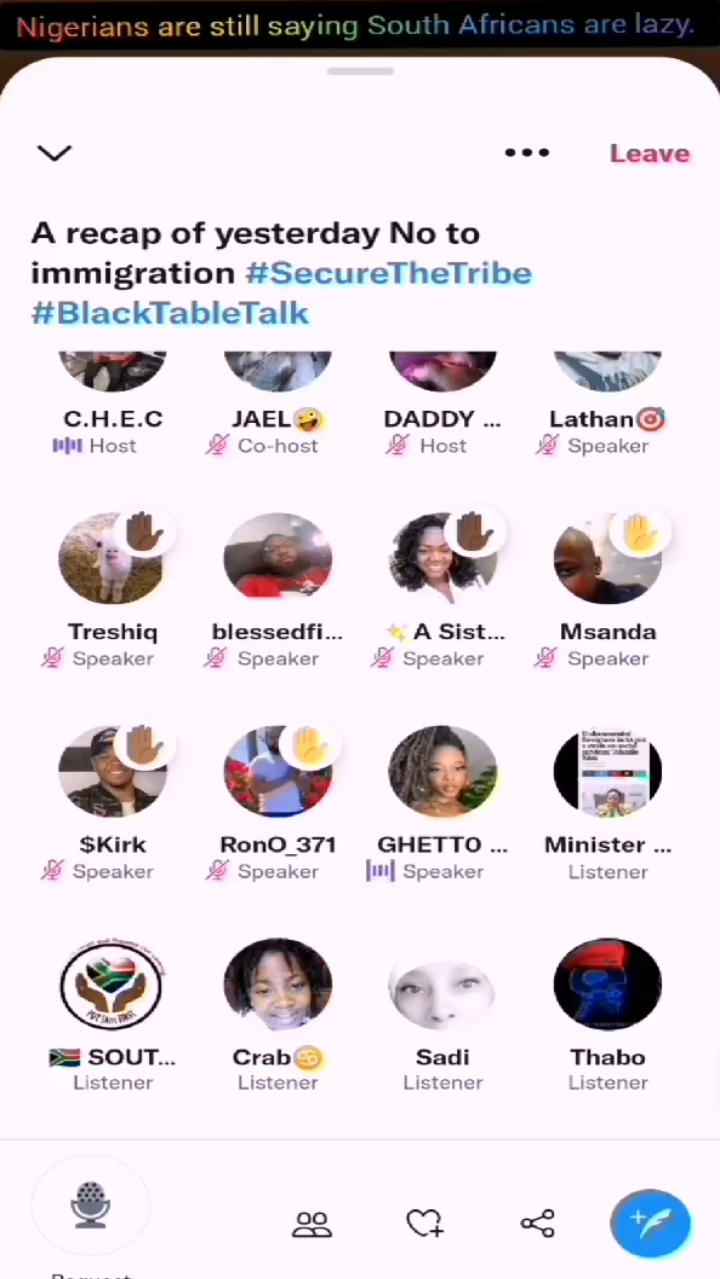 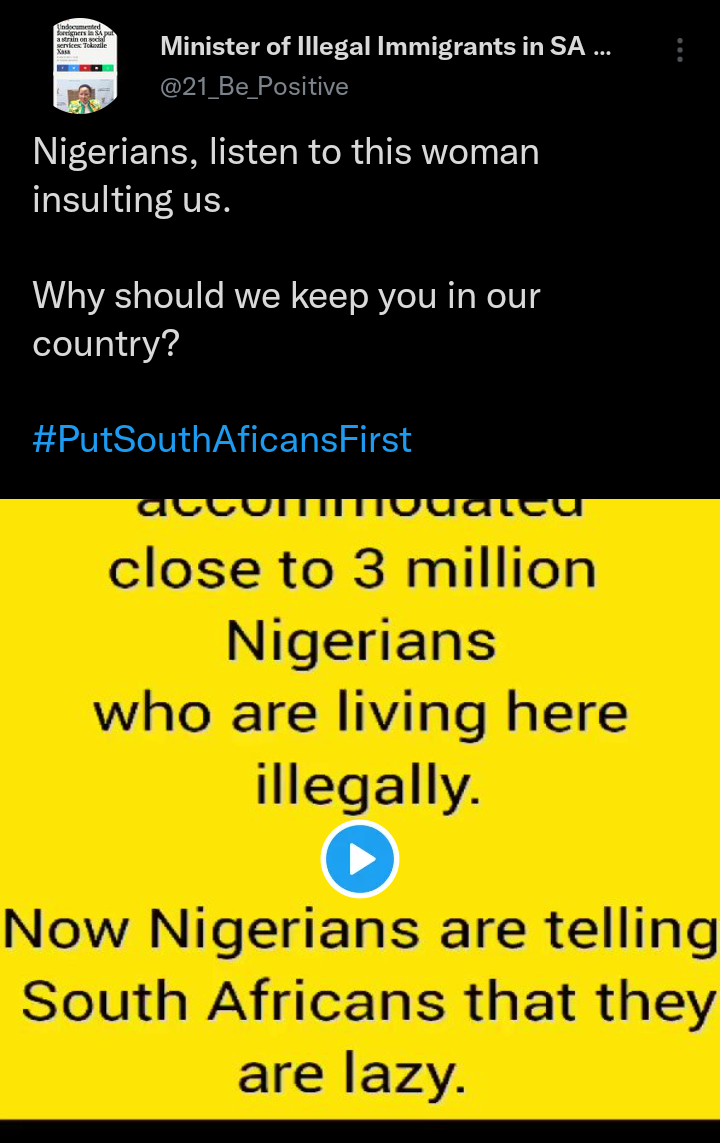 Why should we keep you in our country?”. The South African lady said that South Africans deserves some respect from immigrants living in South Africa. She said that it is unethical that foreigners they accommodate should be treating them this way. The voice clip of the lady has gone viral. The bone of contention between South Africans and foreigners (immigrants) took a different dimension recently after some group of people started going about, closing shops that belong to foreigners. This prompted the Nigerian embassy to issue a statement and the United Nations Human Rights Commission sent a commissioner to meet with Dr Aaron Motsoaledi on the issue. 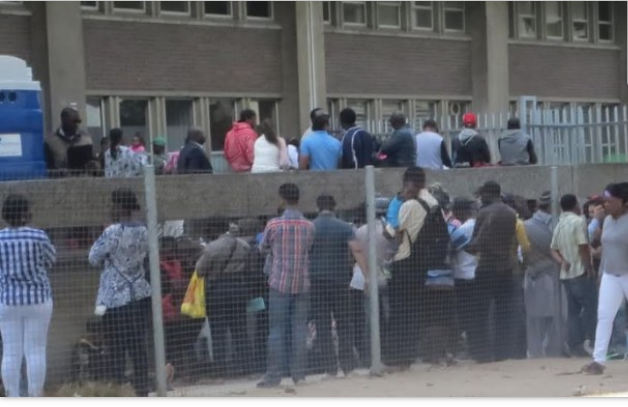