People have so many ways of dealing with jealousy. There are those who love themselves enough to turn their jealousy into an element of inspiration, while others fail to hide and turn it into hate. Witchcraft is another offspring of jealousy, and the news that we received today is not different from that kind of offspring. 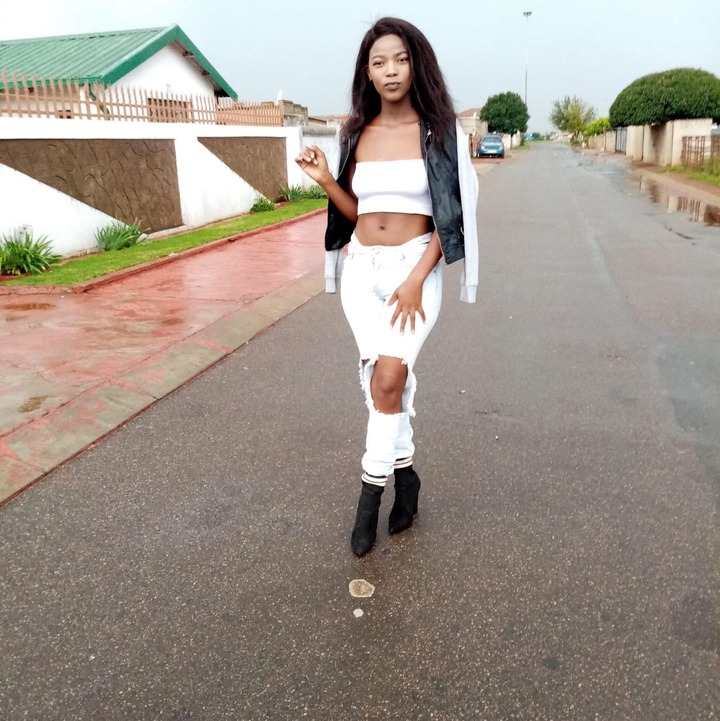 There is a lady who lost her life just because she managed to qualify for her college final exams. Her name is Mbali Hlongwane, and she was an information technology (IT) student at Ekurhuleni West College (EWC). Mbali was stabbed twice by one of her male classmates. 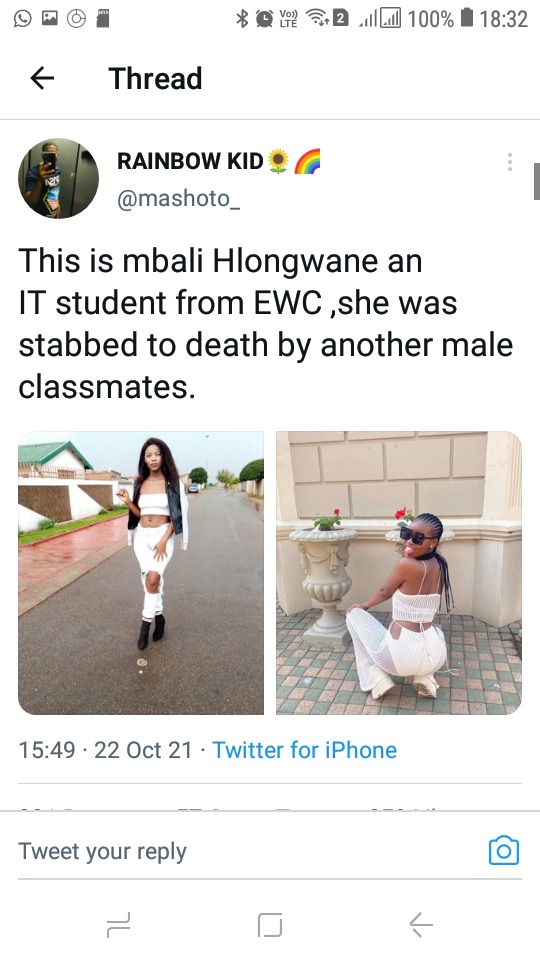 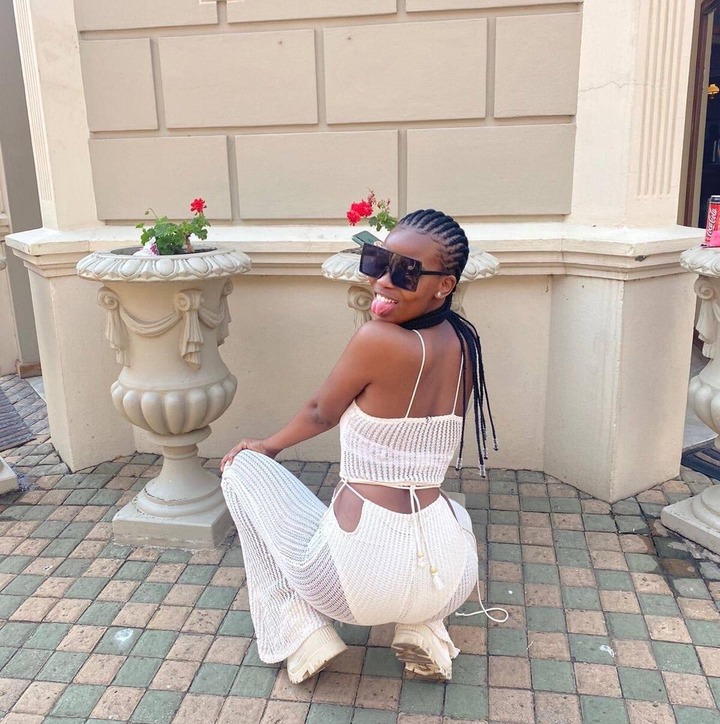 Sylvia Molaba, who seems to know more about the story, says Mbali was stabbed in the neck and armpit. She says her colleague tried to help Mbali but it was too late. Sylvia says what makes it most painful is that Mbali is the reason why her perpetrator managed to qualify for one of the exams. She says they had a WhatsApp group chat where he started throwing words at Mbali. 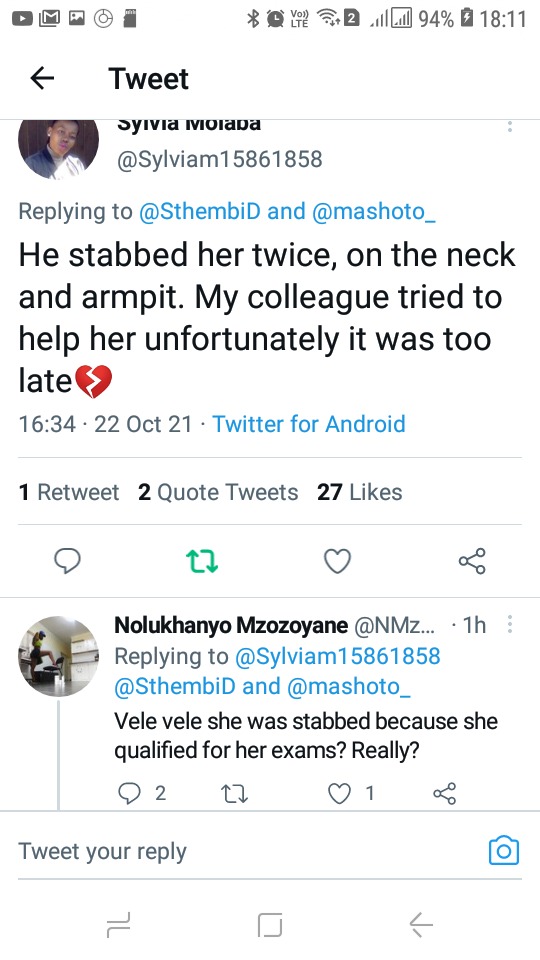 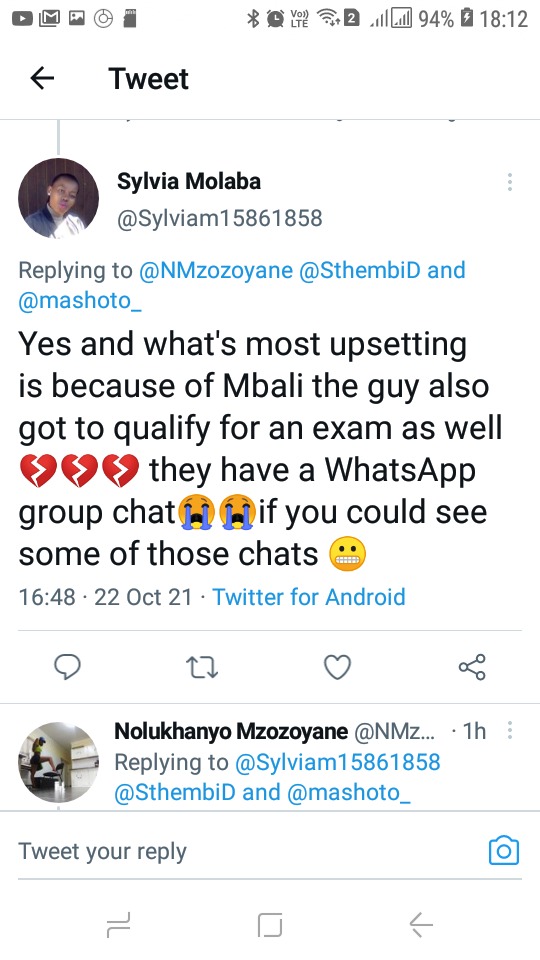 One screenshot from WhatsApp group chats was shared on Twitter. In this sucreenshot, there is a guy named Saki who is swearing at Mbali, telling her that she was going to spend the next day in a hospital while he was going to jail. He promised her that he would make sure Mbali would not get to write the exam. He said he is going to be a prisoner because of her and when he comes out of jail, Mbali will be his employee for the rest of her life. He also told Mbali that he is at the age where he can make a sacrifice.

The guy's photos were also shared on Twitter and people believe that he has psychological issues. 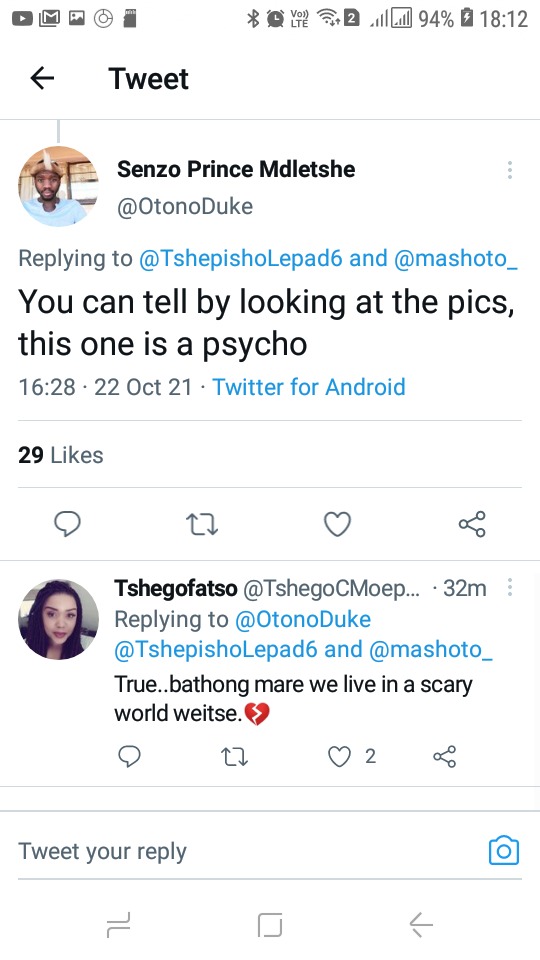 Baloyi Louis says Mbali was his student at Leondale High School. He says she had this bubbly character which he believes that it will never be erased from their memories. 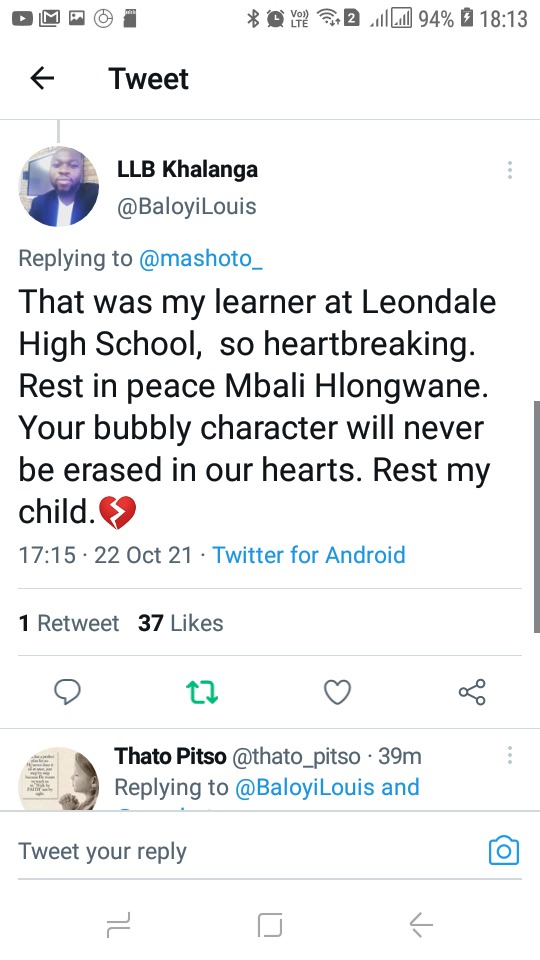 R.I.P. As A Woman & Daughter Were Horrifically Killed By The Ex Boyfriend