Her boyfriend beat her repeatedly, because of these reasons, she is tired. 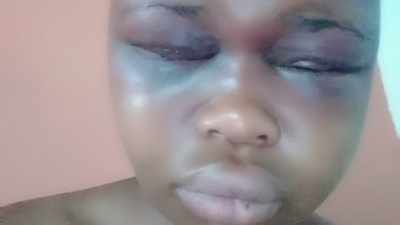 WANTS justice, the law has worked for a Zwelibomvu woman who claims she is being abused by her boyfriend who beat her repeatedly.

Ms Phindile Mabhida said it was always a strange reason she was called. She said her boyfriend started shaking her hand after going out with friends, and she returned at a time when they did not agree.

He said he had been living a life of beatings for some time, but the last incident that left her with bruises woke her up, although he opened a case saying she felt unsafe.

“I was out with my friends, and he was upset that I didn't come back in time. He punched me and beat me until I lost my eyesight and was hospitalized, ”said Mabhida.

After she left the hospital she returned to the house where she and her boyfriend lived and stayed for three days due to fear, she could not even file a case with the police. Her family members said they did not know about the abuse, and every time she went home she would apply red to cover her face.

All the people around me did not know what I was going through.

“He threatened to kill me, and he would buy me criminals if I did not drop the case. He also sent me R10 000 to cover my mouth. I have not been able to go to work for three months, until I lost my job due to a severe stroke and could not even do anything, ”said Ms Mabhida.

“It is difficult because the investigating officer in charge of the case is related to my boyfriend. He even told me that I was playing for a while and he would not be arrested if I filed a case in Mariannhill, ”he said.

KwaZulu-Natal police spokeswoman Colonel Thembeka Mbele said a 38-year-old man arrested for assaulting a woman appeared in the Pinetown Magistrate's Court on November 25, and the case was postponed to next month.