The DA Offers Soweto Residents 'Kitchen Girl And Garden Boy' Jobs, But This Makes Them Angry

Life was heavy for Black people that were living under the Apartheid regime. For many parents, they had to either be garden boys or kitchen girls (domestic workers), or they might end up as loafers with nothing much to do. They had to find a way to put food on the table for their children whose lives were on a knife-edge, especially boys. 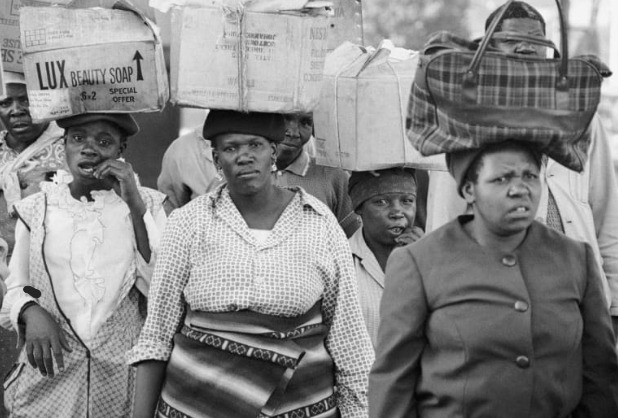 Men were either killed or sent to prison for heinous deeds. This is why most of them left their homes to find work as domestic workers, and only came home for Easter weekend or Christmas. Grown-up women and men were degraded by the apartheid system to garden boy or kitchen girl. 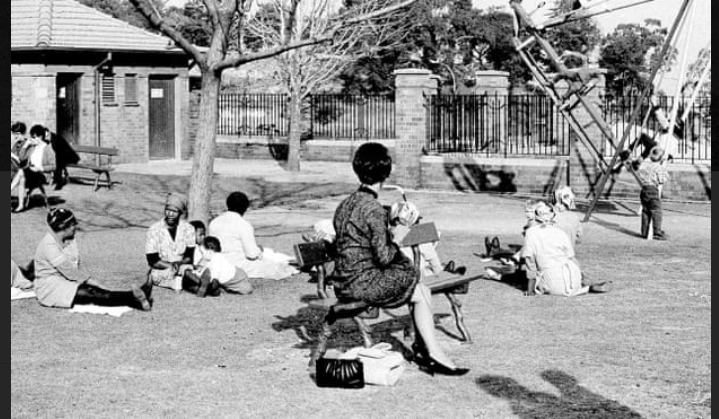 Currently, in Orania, a remote city in the Northern Cape which is a homeland for Boers, Black people are not allowed unless they come as a kitchen girl or garden boy. The people of Orania do not follow the rules of the Democratic Constitution.

A Democratic Alliance poster that is offering people from Soweto 'kitchen girl and garden boy' positions have angered many people. This poster, which has reminded people about the days of apartheid and segregation, has led to many people accusing the DA of trying to reignite Apartheid. 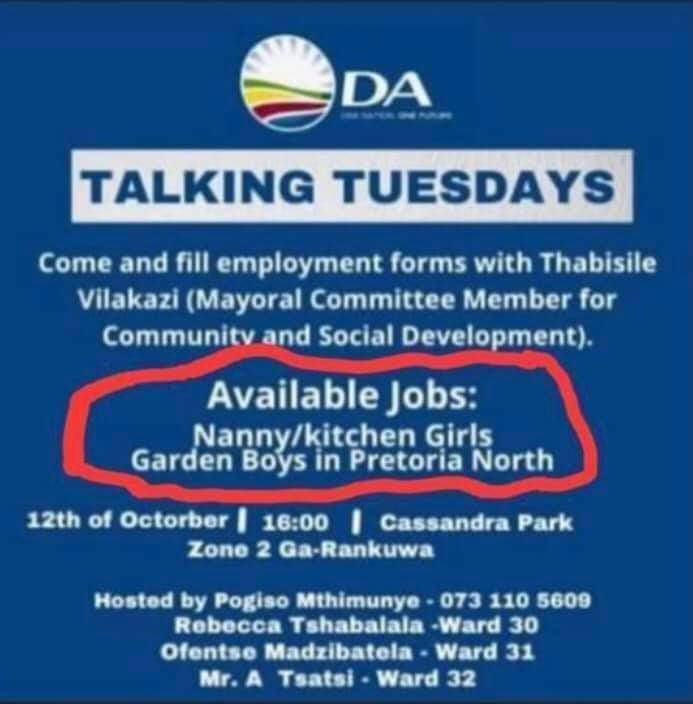 The masses are angry and scared of voting for the DA as they are accusing the political party of undermining Black people and humiliating them.

The compromises South Africa made in 1994 have perpetuated the identity of Black people being one of garden boys and kitchen girls. A life where they were spectators to the lives of white people while they remain in the reserves created for them by apartheid.

Orania residents look after themselves and ask nothing from the government. Perhaps everyone can learn from them and try and do something for themselves instead of getting paid by the government for doing nothing like millions of people who are on social grants. 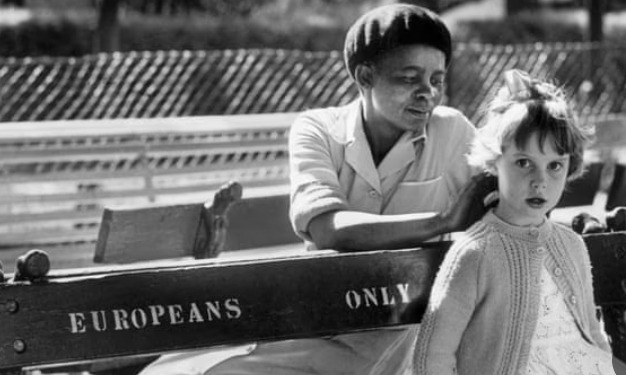 However, I do have a problem with them calling domestic workers Kitchen girls and Garden Boys. If the 'DA poster' is not fake and they are indeed offering this kind of job, then indeed apartheid still prevails.

Instead of calling them these kinds of names, the DA should be referring to them as Housekeeper or Household Aid. Nanny or tea girl is just as degrading. A man should be called a groundsman.

'Sundowns & Pirates Are On Same Level' Pirates coach Beef Downs? :See For yourself

Electrocuted To Death While Attempting To Steal Metrorail Cables